Book a ticket for London 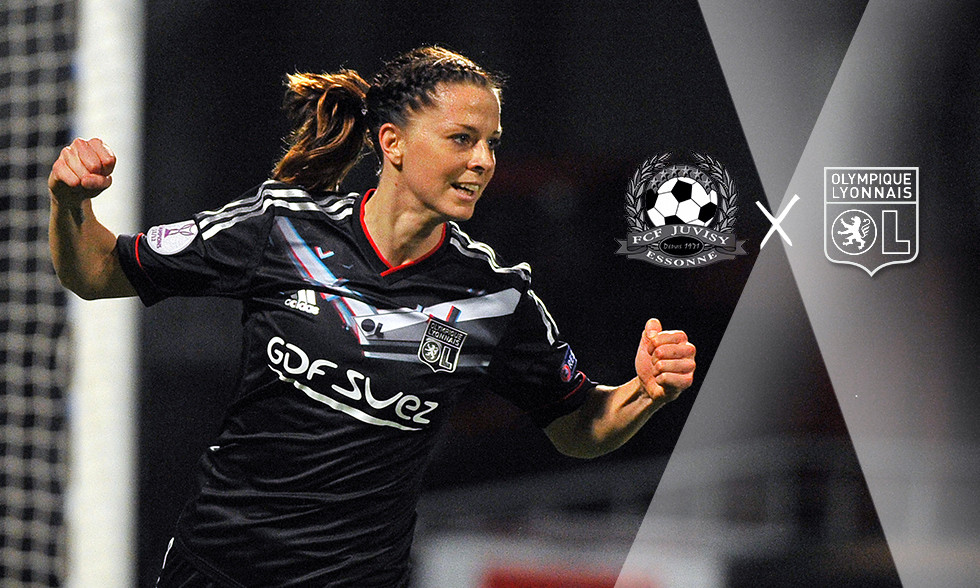 OL Women take on Juvisy (16:30 CET), in the return leg of the UEFA Champions League semi-final on Sunday, after winning the first leg 3-0.

Last Sunday at the Stade Gerland, OL Women took a giant step towards the final of the Champions League by defeating Juvisy 3-0. In front of nearly 22,000 spectators, Les Lyonnaises produced the perfect match: spirited in the challenges, solid in defence and ruthless in front of goal. The twice defending European champions showed they are clearly out to make it three in a row in 2013!

On Sunday afternoon (16:30), at the Stade Robert Bobin in Bondoufle, Patrice Lair's players will look to book their place in the 23 May final at Stamford Bridge. The OL coach, who will be watching from the stands, can count on the returning Laura Georges, from suspension, and Corine Franco, from a twisted knee. There is doubt as to whether he will start both Sonia Bompastor and Elodie Thomis, both just one booking away from missing the final, even if the word from the coaching staff is that both will play if necessary. For their part, Juvisy will be without Camille Catala, injured in the first leg.

While Lyon may have one foot in the final, they aren't expecting Juvisy to roll out the red carpet. The hosts found defeat at the Stade Gerland last week hard to accept. The Essone-based outfit will do everything possible to win at least this one match, against a side that haven't lost in the Champions League since losing the 2010 final on penalties.

Les Lyonnaises haven't conceded a solitary goal in their last nine Champions League matches and are averaging five goals scored per game in Europe this season. But be warned: the OL Women have always struggled in the semi-final return leg. Since qualifying for the last four in 2008, OL have only won one semi-final second leg, against Arsenal in 2011, for three draws and one defeat.