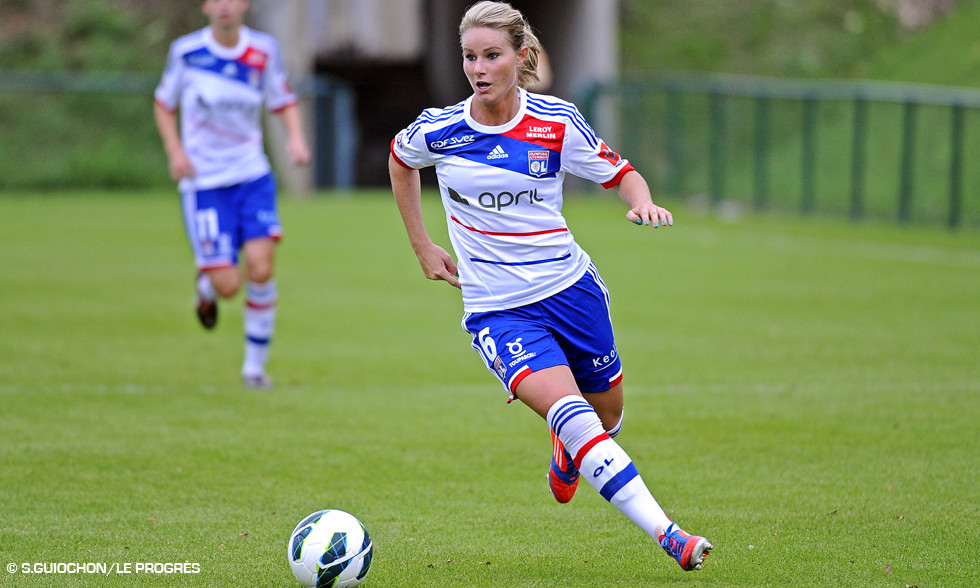 OL Women were rampant against modest D2 side Soyaux as they cruised through to the quarter-finals of the Coupe de France.

Just a few days after their telling 5-0 win over Malmö in the Champions League, Lyon were at it again as they gave a footballing masterclass to Soyaux in the Coupe de France. The D2 side simply couldn't bridge the gulf in class on Sunday afternoon on field number ten of the Gerland's Plaine des Jeux. OL Women were already up 4-0 at the break before running out 11-0 winners at full-time thanks to four goals from Eugénie Le Sommer, doubles from Laëtitia Tonazzi and Lotta Schelin and strikes from Louisa Necib, Wendie Renard andt Corine Franco.

Patrice Lair's players qualified for the Coupe de France quarter-finals in style, and they will know whose head is next on the chopping block when the draw is made on April 9, with the quarter-final clash to be played on Sunday, April 28. The OL Women fly out for Sweden on Tuesday to play the return leg of their Champions League quarter-finals tie with Malmö at 19:15 CET on Thursday.