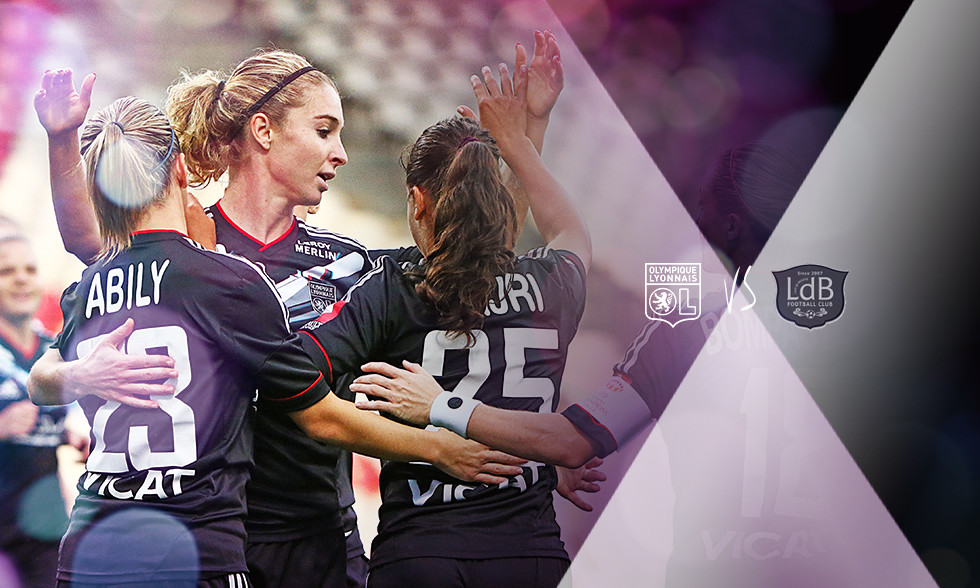 OL Women play host to solid Swedish side LdB Malmö in the first leg of their Champions League quarter-final at Gerland on Wednesday (18:00 CET).

"We haven't played in the Champions League since November, and we've missed it. It;s the most important competition for the club, and we hope to mark out our territory in front of our own fans before plaing the second leg." That was what Elodie Thomis had to say in Wednesday afternoon's press conference. She also spoke about the appetite with which OL are approaching the second leg in Malmö. Built for big matches, OL Women sometimes get restless in their domestic duties, but finally they once again have a high-calibre opponent in front of them - without a doubt their toughest opposition since the beginning of the season, when they took on - and beat - Japanese club INAC Kobe in the final of the World Club Cup.

However, underdogs Malmö are undaunted and are staring OL, two-time champions in this competition, straight in the eyes. When asked whether they are scared of the OL Women, the Swedes seem almost irritated: "We're not scared," explained captian Malin Levenstad. "We're ready for this match we think we can qualify. Against OL, we won't play any more defensively than we usually do. We'll be alert, but we'll play the game we normally play in Sweden."

Very relaxed when they took the pitch at Gerland for their match-day eve training session, the Malmö players projected a certain Scnadinavian confidence, a quality they will need to have during the match as well. Because, even while the attacking trio of German Anja Mittag, Switzerland's Ramona Bachmann and the Netherlands' Manon Melis are a formidable force, the Ol Women come into the double-header as firm favourites. "If we're at 100% and we do what we do best, there will be no worreis at all," said Lotta Schelin, who can't imagine even for a moment that she will be eliminated from the competition by her compatriots.

However you cut it, the match promises to be a hard-fought and spectacular one between two experiences, anbitious and attacking sides. OL will have to be patient in order to avoid being hit on the counter - but not too patient, because next Thursday's return leg will take place in most likely freezing conditions on Malmö's synthetic pitch. If Sonia Bompastor continues her impressive return to action at left-back, Patrice Lair will have the opportunity to pair her with left-sided midfielder Megan Rapinoe at the beginning of the match, or with Lara Dickenmann for a more attacking option.