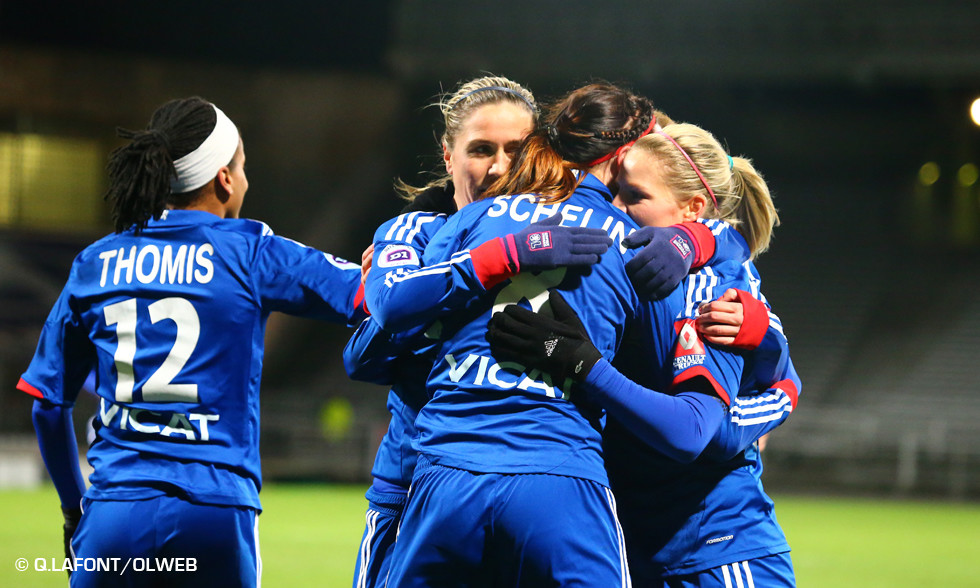 The OL Women cruised to a 5-1 win over Guingamp, who tired visibly in second half.

The first 20 minutes posed a few problems for OL, with Guingamp defending solidly. Nonethless, OL opened the scoring through USA international Megan Rapinoe. From a Le Sommer cross, Rapinoe chested the ball down and lashed home with a deft first-time shot. The Guingamp 'keeper did get a hand to the ball but couldn't stop it from going in. However, despite the goal, OL still weren't hitting top gear. Patrice Lair's charges were struggling to find the final killer ball against the valiant Brittany side, and the score didn't change before half-time. Although they were largely on top in physical and tactical terms, OL needed to focus in order to definitively make the difference in the second half.

After the break, OL continued to struggle faced with Guingamp's defensive bloc, but Louisa Necib, who had come on after half-time, injected the pace and movement that OL needed and brought about her side's second goal. The Guingamp 'keeper misjudged Necib's cross from deep, and Schelin was on hand to intercept and square the ball for Thomis, who made no mistake with the goal at her mercy.

OL then widened their lead in the 64th minute, Wendie Renard turning in a  corner at the second attempt. OL's superior conditioning then came to bear against the league's 5th-placed side. After the 70th minute, the match was one-way traffic, with Schelin adding two more goals. Guingamp managed to rescue their dignity in the final minutes as Ngono Mani struck back to keave the final score at 5-1.