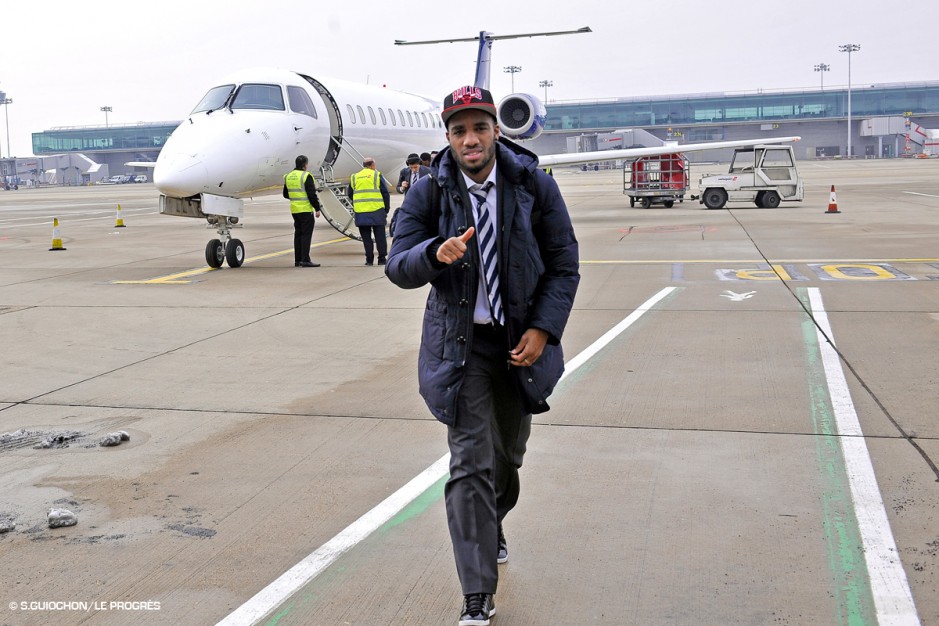 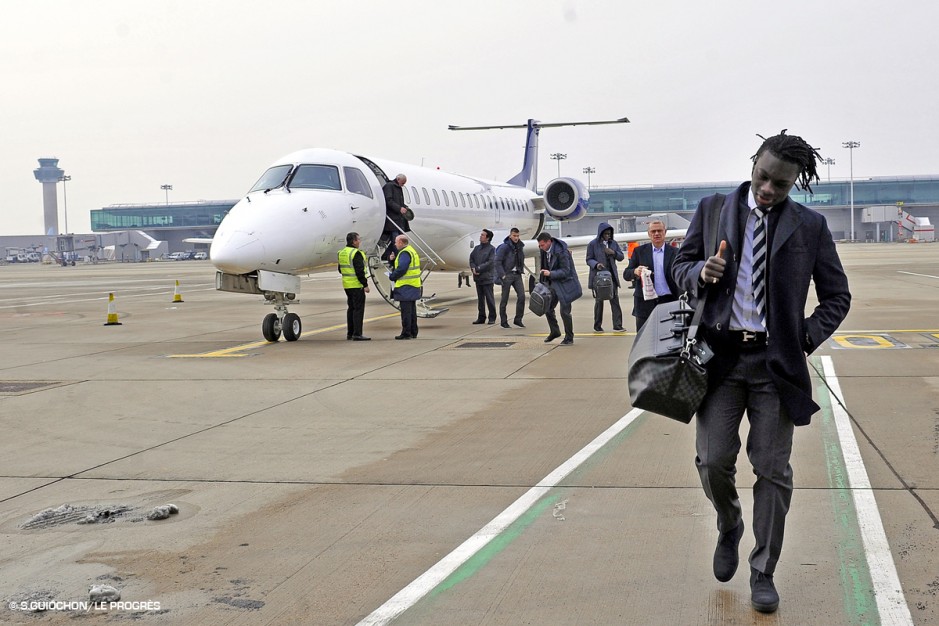 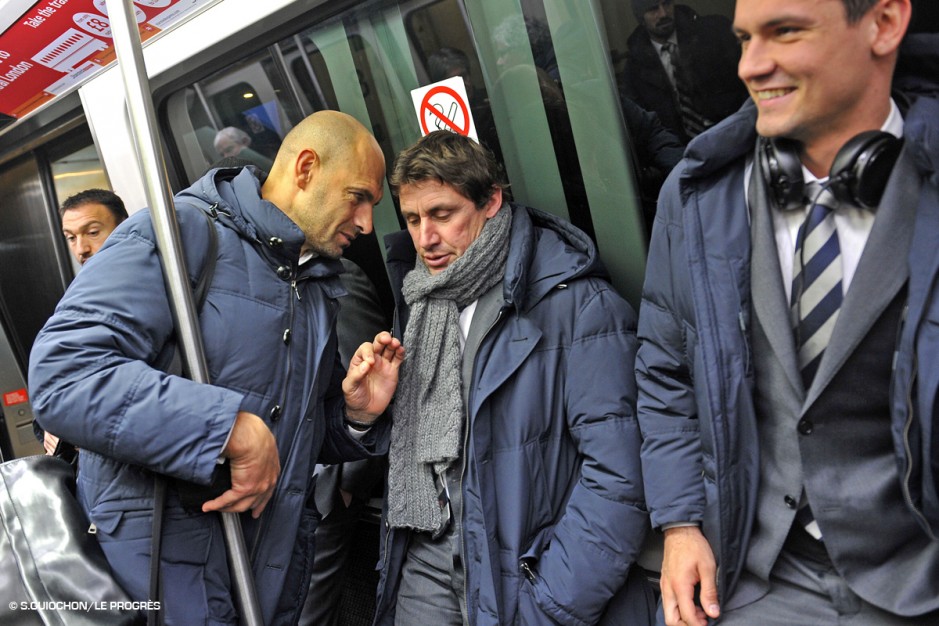 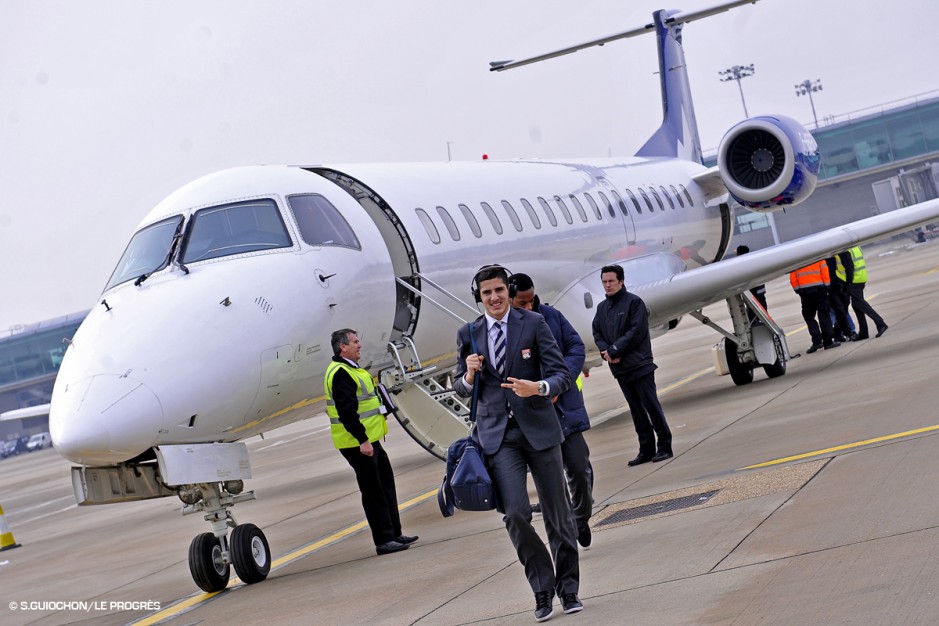 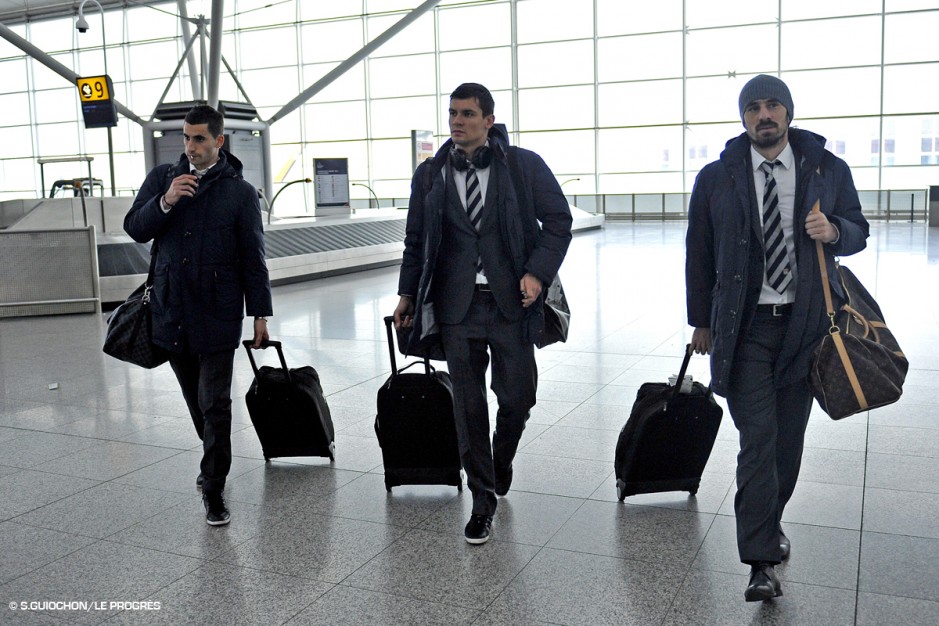 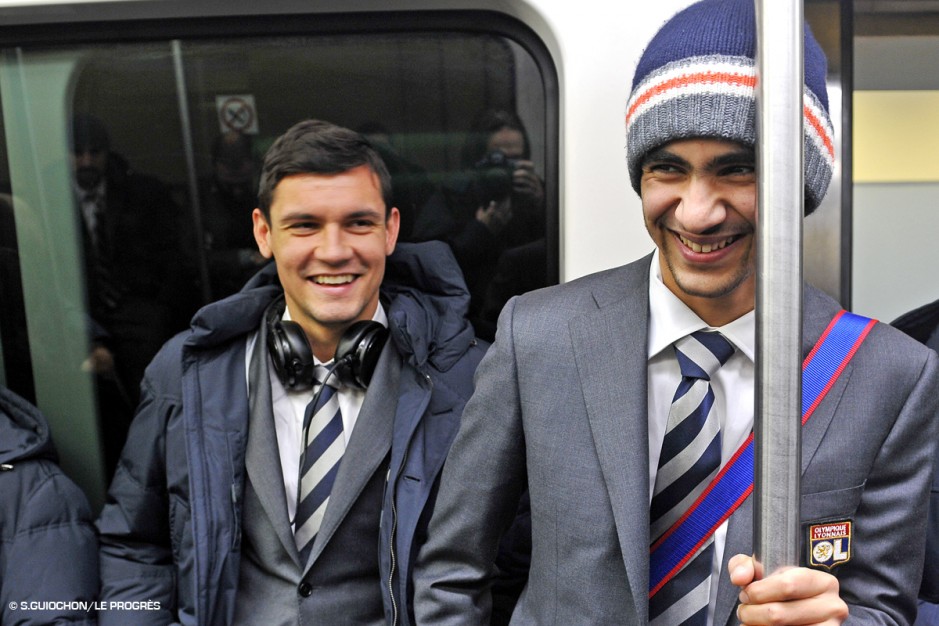 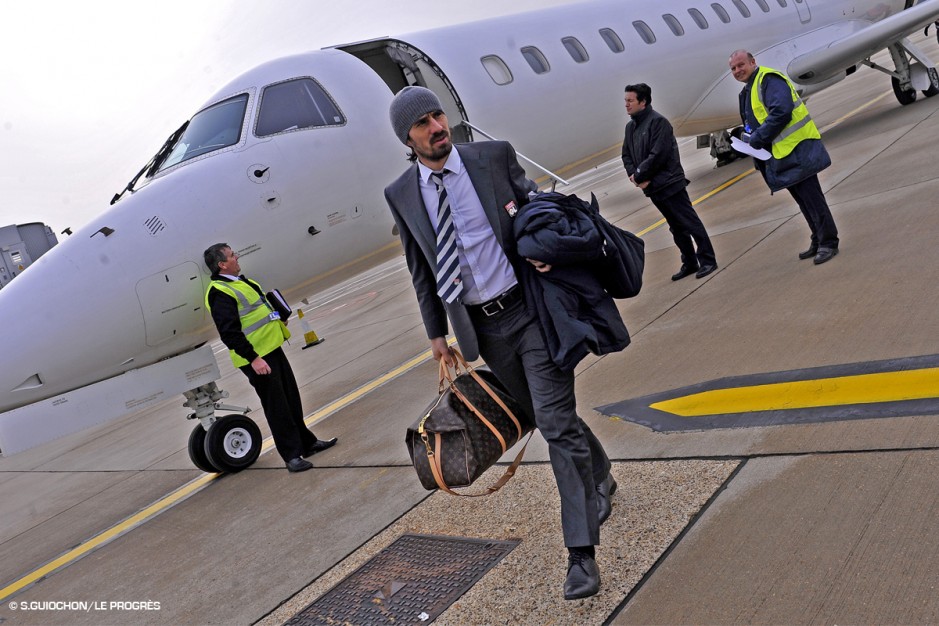 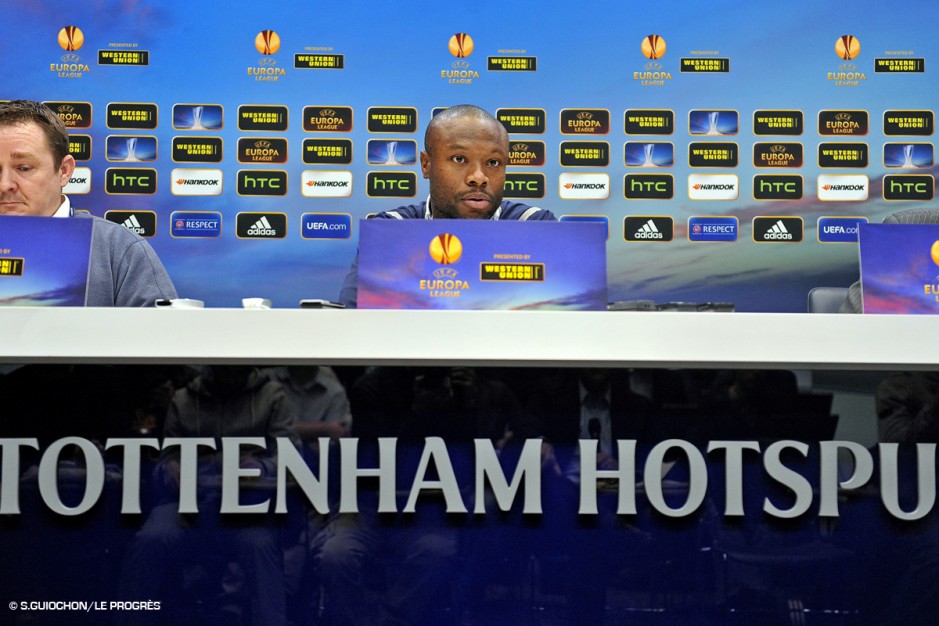 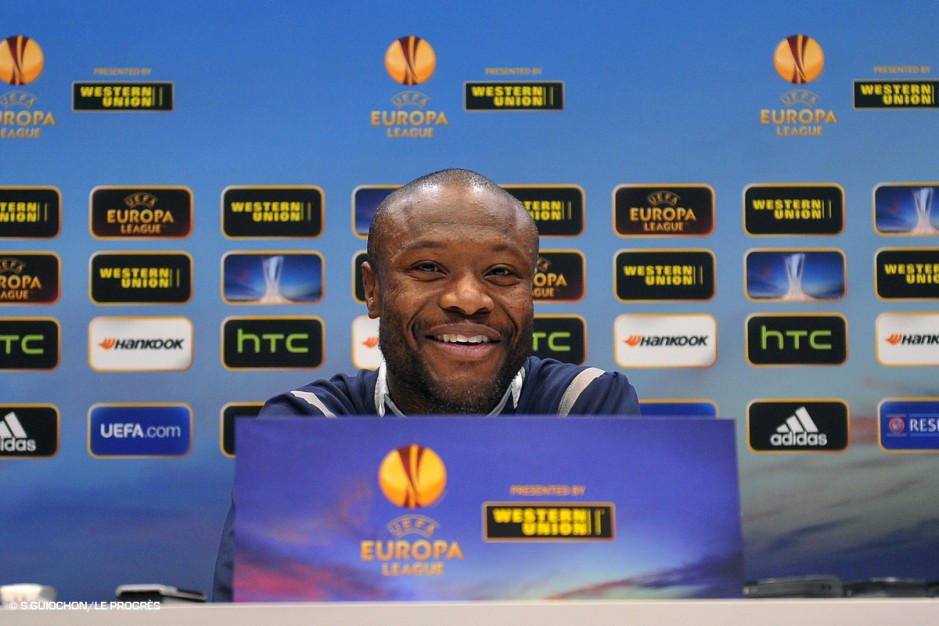 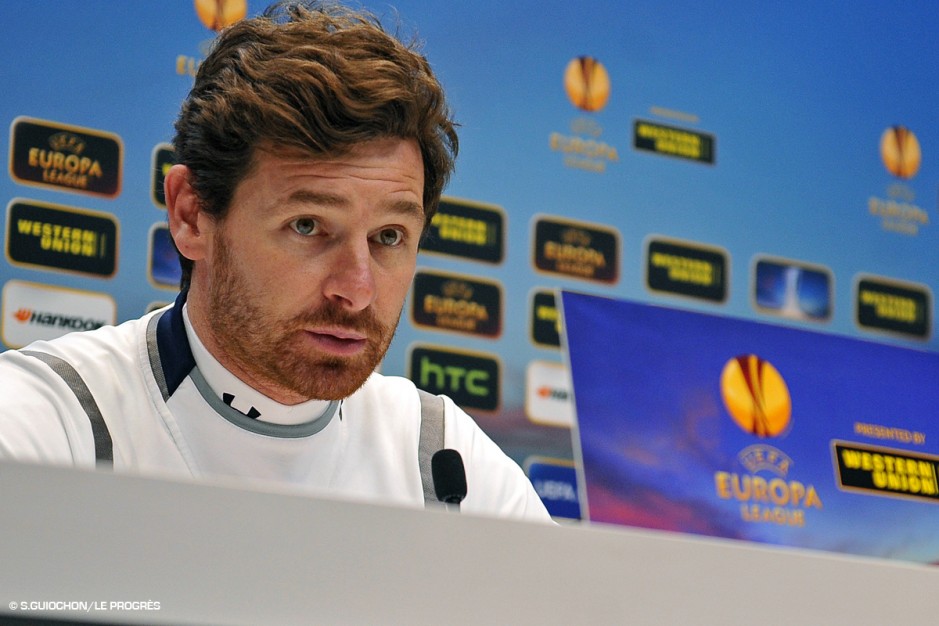 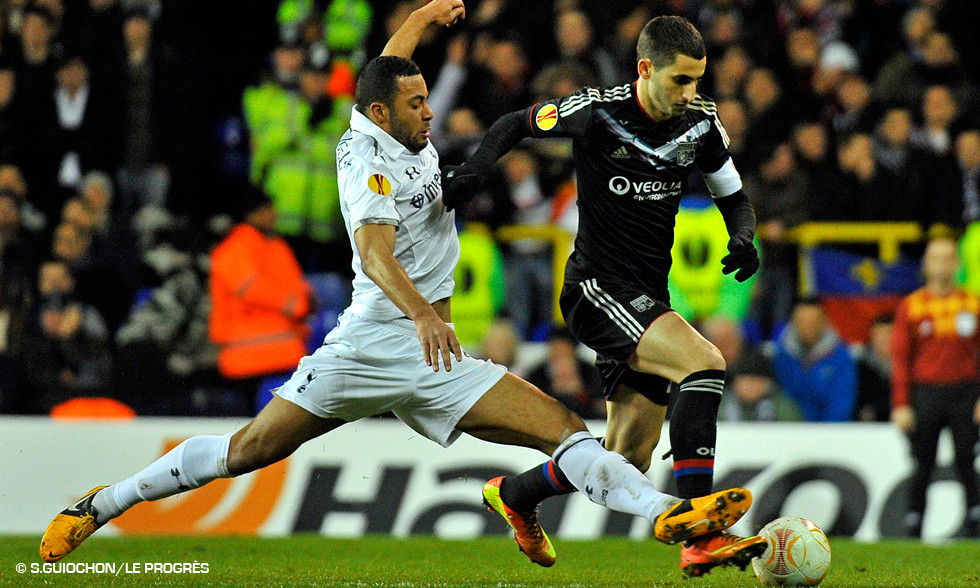 Lyon pushed their luck to the limits at White Hart Lane and pulled out an excellent performance that leaves them with every chance of qualifying.

It's the moment for OL to test their mettle against a big English side. Against Tottenham, OL returned to Europe with fully fledged ambition, as Rémi Garde had put it. Disappointing in the league of late, Lyon went into this match as underdogs, but the players weren't lacking in motivation for this high-level match that was shaping up to be spectacular.

As one might have expected, the English side piled on the pressure right from the start, pushing into Lyon's half. The first chance fell for Tottenham with a fine move on the left between Bale, Dempsey and Assou-Ekotto, whose cross was turned wide for a corner by Réveillère. The first shot of the match went to Bale, who tried his luck with a volley from a cross from the right. Gueïda Fofana replied in kind for OL, unleashing a 25-metre shot from the left on twelve minutes. It was unbelievable, but after skinning Vertonghen in the Spurs area, Bafé Gomis was dragged down but the referee remained impassive... despite there clearly having been contact. Umtiti was in fiery form in the early stages and earned a yellow for a foul on Lennon. Lyon were launching swift counters and Bafé Gomis wasn enjoying some excellent service. The Tottenham defence didn't llok to sure of themselves. Adebayor came close to scoring the opener from a sweet Dembele pass, but the Togo international's first-time shot was off-target. OL got off lightly. After 30 minutes of the match, OL remained solid in defence and had even carved out some chance sto trouble Brad Friedel. Incredibly, just when he had a chance to make the break, Gareth Bale missed the unmissable from Walker's low cross. Alone on the six-metre line, the Welshman fired wide even though Vercoutre was stranded at the near post. However, Gomis also missed the target in the 39th minute after a one-two with Lisandro. A shame for OL that the killer final ball eluded their striker once again. The OL camp had some nervy moments when Malbranque went down holding his knee after a clash with Adebayor, but the attentions of the club medical staff were enough to get hte midfielder back into the action. Then Gareth Bale redeemed himself by opening the scoring with a sublime free kick that bobbled and dipped before beating Vercoutre from 30 metres out (45'). A shame for OL to concede in the dying second of the first half. OL had seemed to be rediscovering their solidity and cutting edge, and were ruing the referee's decision not to give Gomis a penalty back in the 15th minute.

Nonetheless, Lyon were the first to fire off a shot in the second half, Gomis not getting enough on it to trouble Friedel (49'). But this was soon forgotten as Samuel Umtiti banged home a spectacular equaliser from range after Malbranque's cross had been deflected off a Spurs defender. On the left-hand corner of the area, Umtiti hit the ball sweetly on the half-volley and it angled trajectory saw it sail past all concerned and into the top right-hand corner. Lyon had bagged a crucial away goal. It was a clearly a kick in the head for Tottenham. In the 62nd minute Lacazette mazed his way through the defence on the right but his big chance fell through as Freidel won out one-on-one. Spurs were still dangerous, Bale drawing a strong save frrom Vercoutre from the edge of the area in the 64th minute. The match dropped in intensity with OL looking comfortable, but they had to remain careful of this English side who could score at any moment thanks to the talents of their star: Gareth Bale. With ten minutes to go, Tottenham repeatedly fluffed their lines with the final ball as they looked to re-take the lead, OL keeping the presure on. But it was a cruel end for Garde's men, with Gareth Bale scoring his second free-kick of the night with a near-carbon copy of the first.

OL produced a very good performance but could do nothing faced with the talent of Gareth Bale, who single-handedly made the difference for the English side. Lyon had mixed it well with Spurs, however, and will have every chance of qualifying next week at Gerland. Umtiti's goal proved crucial in allowing his side to keep believing in their chances of making it to the next round.