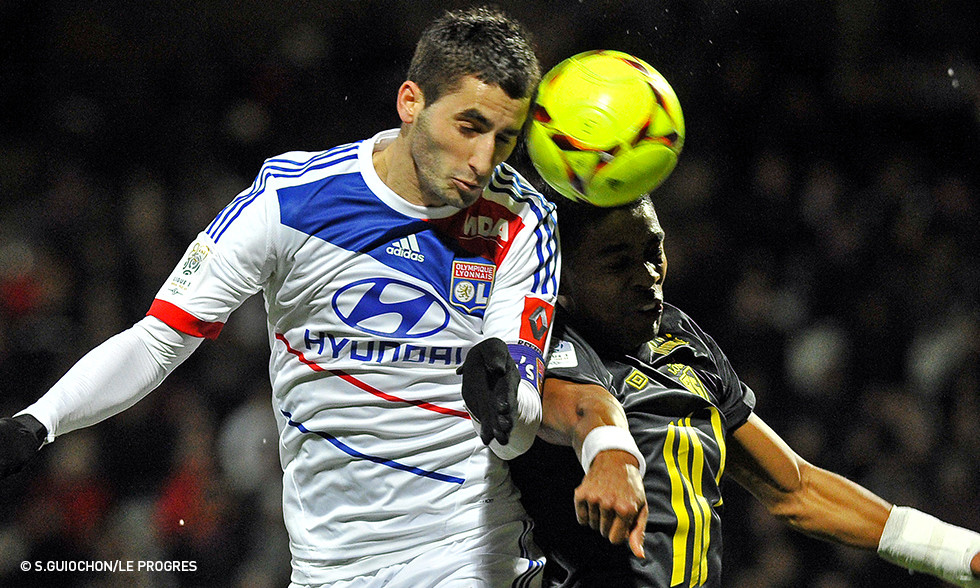 It was no secret that Lille are a talented side, and on Sunday night their attacking players made the difference. Lyon couldn't find the solution...

One thing is for sure: Lille came to Gerland loking to win. Lacking points in the process of regaining their form, Rudi Garcia's men provided a huge test for OL. Dimitri Payet was the man to watch. As for OL, midfielder Clément Grenier was a starter, as was Lisandro Lopez.

After the sides circled each other for a while, the first chance fell for Lille. Marvin Martin released Rodelin into space but the young striker's poor first touch allowed Vercouter to smother the ball. OL played very high and Lille looked to wing-backs Digne and Béria to get in behind the defence, but the match remained poised. Lyon were wary of Lille's explosive runs, notably from Payet, but the visitors earned the match's first corner in the 12th minute. On the left, Kalou played Payet into space only to see the ex-Saint-Etienne winger miss a golden opportunity to score. One-on-one with Vercoutre, he fired glaringly wide with a side-footed effort. Lyon were struggling to find a way around or through the Lille defence, but Garcia's men played well on the counter. Following a cleared corner, Digne shot but Umtiti blocked it for another corner, which turned out to be the straw that broke OL's back as Chedjou rose highest to head home. The defender met the ball early at the near post, sending his header crashing off the far post and into the back of the net in the 27th minute. OL looked to hit back five minutes later, Lisandro drawing a spectacular save from Elana with a shot from inside the area. Malbranque followed up on the rebound, firing from 20 metres, but the ball sailed harmlessly over the bar. OL dominated possession and looked to get back on level terms before the break. From a Lisandro cross, Gremier got his head to the ball but his shot lacked the power to trouble Elana. Just before half-time, Balmont widened Lille's lead. Martin, who had won possession in midfield, serviced Payet and the winger laid the ball off neatly for the arriving Balmont - a former OL player - to beat Vercoutre with a skidding shot. With Lille executing their game plan to perfection, OL would need to be much more rigorous at the back in the second half.

OL started the second term solidly but Grenier failed to find the target with his shot, despite being perfectly positioned. Straight afterwards, in the 49th minute, Kalou lost out one-on-one with Vercoutre but managed to win the ball back and shoot, the ball clattering into the hand of Milan Bisevac. Penalty, and goal number three, for Lille. In the 55th minute, it was Lyon's turn to see their pressure pay off with a spot-kick. Lisandro, fouled in the area, picked himself up and converted. Lyon were back in the match, Gomis carving out a great chance in the 66th minute from a Réveillère cross. Bafé met the ball at the near post but Elana turned his shot wide with a nice diving save. Payet continued his untenable form on the left and cut back for Martin after skinning Bisevac. Lille's number ten shot but Vercoutre turned it away for a corner. With Payet hitting the post in the 78th minute, it seemed that a 4-1 scoreline was on the cards. Released by Kalou, he cut into the area and unleashed his left-footed shot onto the right-hand upright. There were ten minutes to go but the OL attack remained toothless, failing with the final ball, while the Lille attack continued to menace. Lisandro ran tirelessly across the OL front line but couldn't make the break; Lille were content to hold onto their lead and the visiting defenders didn't crack.

Rudi Garcia's men played an excellent match, making the most of their chances, while Lyon fell to a second-straight league defeat for the first time this season. OL will need to be on their toes in Bordeaux next week if they are to get back to winning ways and stop the leaks in defence that have seen them conceded six goals in their last two matches.