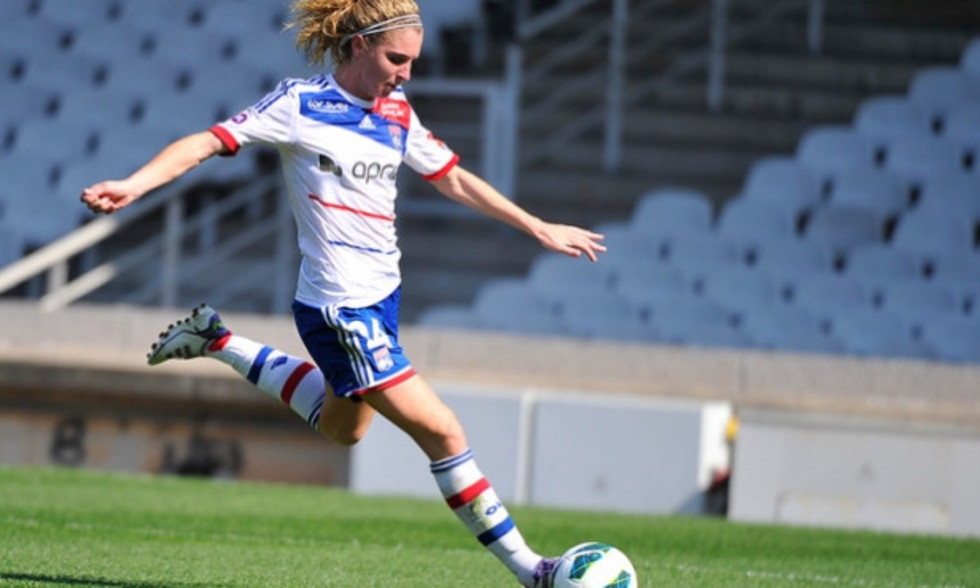 The OL striker will make her big return to French Women's team against Germany on February 13.

Early on Thursday afternoon, Bruno Bini announced his list of 18 players for the friendly against Germany. Among the ten OL players called up, the national team coach included Laëtitia Tonazzi: "She is making the most of being able to train with an incredible squad in Lyon. In comparison to last year, she has rediscovered her confidence in front of goal and it makes perfect sense that I call her up. She has an interesting profile; she can hold the ball up and she is a good header of the ball. And it's her birthday today, so it's a great present."

Arriving at OL from Juvisy during the summer, Laëtitia Tonazzi has quickly integrated into Patrice Lair's squad. She has already scored 12 goals in 13 D1 matches, and four goals in four Champions League oputings. Today the striker, who extended her contract with OL until June 2014, turns 32.