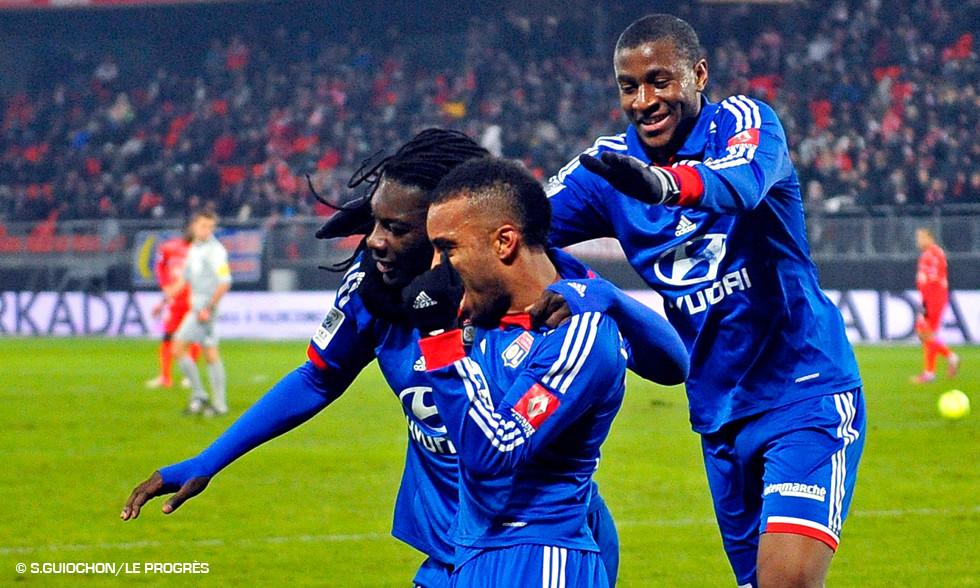 Caught in a storm of criticism during the week, OL stepped it up out on the pitch in their match against Valenciennes. Doubt will not set in. OL have character...

Rémi Garde had warned that there would be changes, and he was as good as his word. A tough midfield combination saw Fofana, Gonalons and Malbranque all start. VAFC coach Sanchez opted for an offensive line-up, with four attacking players in his starting XI. Ol had a golden oppoerunity to put pressure on PSG with a win. Rémi Garde made no secrets about his ambitions for the match, charging his men with finding a better way of linking their attacking play and their work between the lines. Up front, Gomis was preferred to Lisandro even though the Argnetine has seemed set to start, while Ghezzal started on the left wing. Bastos didn't figure on the teamsheet… could this mean that he is close to leaving the club?

After a tough first five minutes, despite Lacazette's smashing his shot onto the top of the bar, OL managed to work their way fully into the match. First Vercoutre won his duel with Aboubakar and then OL eopened the scoring (8') as Gueïda Fofana picked up possession on the left before cutting in and firing home with neat shot from the edge of the area. The effort left Penneteau helpless as it sailed in at the bottom of the left-hand post. The goal was a kick in the teeth for VA and Gomis looked to take advantage, testing Penneteau three times in quick succession. With 15 minutes played, OL were well in control (56% possession) and oulled out some beautiful play in the 27th minute, Fofana finding Réveillère, who worked a one-two with Lacazette on the right. The OL youngster cut into the area to cross deftly along the ground for Gomis, who finally got the better of Penneteau. It was 2-0 for Lyon, and Garde's men deserved their lead. VA weren't cutting it; when Mr. Turpin blew the whistle for half-time, the home side had hardly figured in the match - outside the first five minutes. OL were in rampant form. Could VAFC hit back in the second half?

As soon as the second half kicked off, the match was much more balanced, with little of note until Rémy Vercoutre produced a stunning save to deny Le Tallec's 20-metre shot in the 56th minute. Otherwise VA still struggled to threaten, while OL had trouble finding the final killer ball to score the third goal. OL sat back to wait for Valenciennes to hit on the counter. Gomis saw little of the ball but remained on alert for the slightest opportunity. OL were solid at the back, and there was little doubt that Rémi Garde's highly focused outfit would hang on to clinch the result. Umtiti took a knock and was replaced by Grenier. Garde took the opportunity to hand some game time to Benzia, who came on for Ghezzal.

The match ended unspectacularly, VA having given up some time before the final whistle. OL steadied the ship with an important win ahead of a set of Febraury fixtures crucial for the rest of the season. OL made the difference in the first half and kept cool to clinch the result at the end of the 90 minutes.