"The players are facing up to their responsibilities" 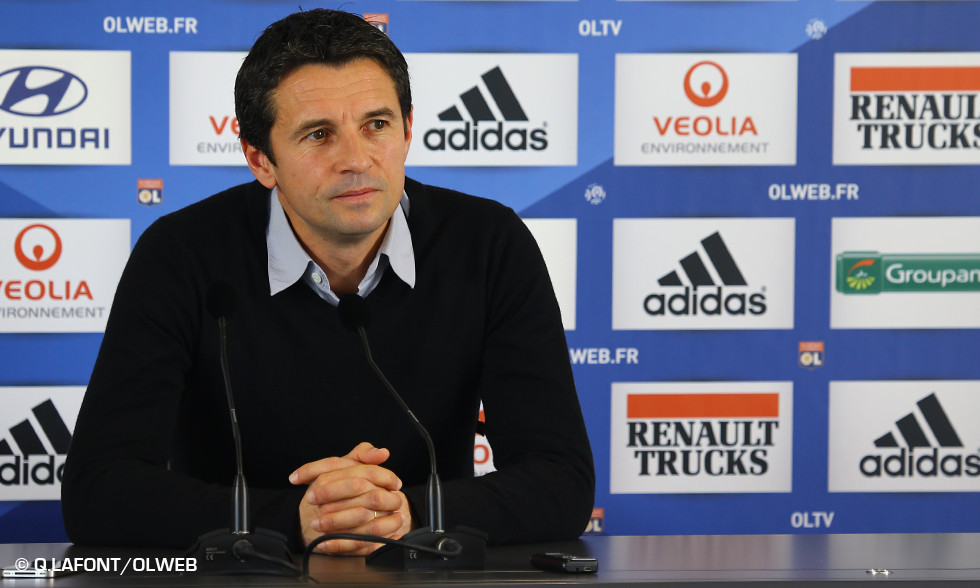 Rémi Garde didn't hide his disappointment after the elimination at the hands of Epinal… he's expecting a reaction from his squad. He also spoke about the transfer market and the captain's armband…

Can we expect to see any players return to action in the clash with Troyes?
"Umtiti and Lovren are back from one-match bans. Lacazette trained well. Gourcuff, who was out with gastro, trained and is available. Jimmy Briand isn't quite there yet; his scar tissue is a bit inflamed."

How is the team's frame of mind this week?

"The week was marked pretty heavily by our elimination. We know what we have to do. The players are facing up to their responsibilities, as they have been since the beginning of the season. We missed out on qualifying, but it shouldn't throw us off. Did I raise my voice? Perhaps… I didn't really feel like congratulating the players, nor myself… I wasn't happy. Angry? Anger is a sign of weakness. I have many ways of trying to get the best out of the squad; the rod isn't the only one."

Are you expecting a reaction?
"Obviously. With a cooler head, I can see that we had the right intentions in the match against Epinal, but we were a bit complacent, especially on set pieces. I spoke before the match about falling into a trap with set pieces, but sooner or later every side concedes from dead-ball situations. It is a barometer of our commitment and our aggression in a given match. Yes, I was pulling my hair out when I saw video replays of the goals."

Chow do you explain being eliminated from both cups after having done so well last season?
"Last season we were a less consistent team; we were capable of pulling out huge results but also of really screwing up. But I don't know if you can say whether we're a 'cup team' or not."

Fabian hasn't necessarily brought the side what I had hoped he would bring, and I think he was hoping for something different from what he got when he came here.…

The change of captain?
"It was an important moment. Licha came to see me and asked to be relieved of the captaincy so he could focus on his own game. I ended up accepting his request after trying to talk him out of it. I'm there to listen to my players, to understand and help them. Choosing Maxime? He was the natural choice. He represents a lot for the club. He's neither a youngster nor a veteran. He's an international and he's still getting better. The vice-captain? There are several."

The transfer market?
"Well, I can't wait to get to January 31. But for the moment, not much is happening."

Could Monzon leave?
"He could well go to Fluminense. The clubs are in discussions. Fabian hasn't necessarily brought the side what I had hoped he would bring, and I think he was hoping for something different from what he got when he came here. If he leaves, he won't be replaced."

Arnold Mvuemba?
"Arnold arrived late and wasn't eligible for the Europa League. And then we found the right balance in midfield. He copped the competition in this squad right in the face. But he has carried himself well. He hasn't given up… and I will need him."

Any arrivals?
"The squad is competitive. It's not a great idea to change too much half-way through the season. That's how I'd like to do it, especially if there are no departures."