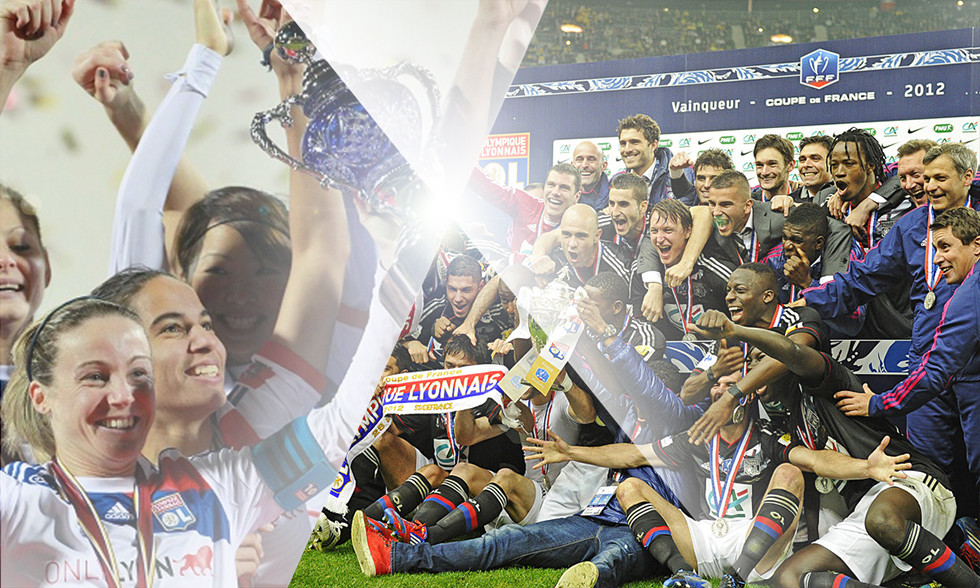 There were titles... satisfactions... disappointments... and many promising signs for the months to come...

OL got back to winning ways with the Coupe de France, and the fifth cup crown in the club's history was soon foolwed by a seventh Trophée des Champions gong. The OL Women's extraordinary quadruple proved their supremacy on all fronts and added even more glitter to the club's trophy cabinet. There titles are now engraved on the club's history...

Lisandro and co. have been in fine form since the beginning of season 2012-13, and they find themselves deservedly in the league's top three at the winter break, having qualified in style for the last 32 of the Europa League, where they will take on Tottenham Hotspur. And all this was achieved as a raft of youth academy players began to make names for themselves in the first team. Since taking the helm at OL, Rémi Garde has given opportunities to Umtiti, Lopes, Ferri, Ghezzal, Zeffane, Sarr, Benzia, Martial, Léa and N’Jie.

OL's play has played the most attractive football since the season began in August.

Yoann Gourcuff has notably recovered from injury to return to some of his best form.

Steed  Malbranque has surprised everyone by hitting the ground running after a year out of the game, quickly showing that he has lost nothing of his potential and that he hasthe ability to lift the whole side.

There were spectacular matches, surprising matches, effective matches... like OL 4-4 PSG... Lorient 2-4 OL... OL 2-1 LOSC... PSG 1-3 OL... OM 1-4 OL... Athletic Bilbao 2-3 OL... goals like Bastos' strike against Troyes... Gomis' in Saint-Etienne... the number 18's hat-trick in Marseille... gestures like Lisandro's letting Malbranque take the penalty against Bastia... Images like the one of Clément Grenier in tears after coming off injured in the 105th derby, in Saint-Etienne... Vercoutre's amazing saves against Lille... and Bilbao... at the Parc des Princes... without forgetting Hugo Lloris' fine work at the Parc in the quarter-finals of the Coupe de France.

The first stones were laid for the Grand Stade, OL's new home set to be ready for the beginning of season 2015-16.

On a darker note, there was OL's shock elimination at the hands of Nicosia in the last 16 of the Champions League. And finishing fourth in the league: for the first time since 2000-01, OL wouldn't take part in the continent's top club competition... Also, injury hampered Gourcuff, Lisandro, Bastos, Lovren, Grenier and Briand from expressing their talents fully.

And then, a nostalgic moment as we look back on the departures of Lloris, Cris, Källström, Ederson, Pied and Cissokho…  some of whom had worn and honoured the OL shirt for many long seasons...