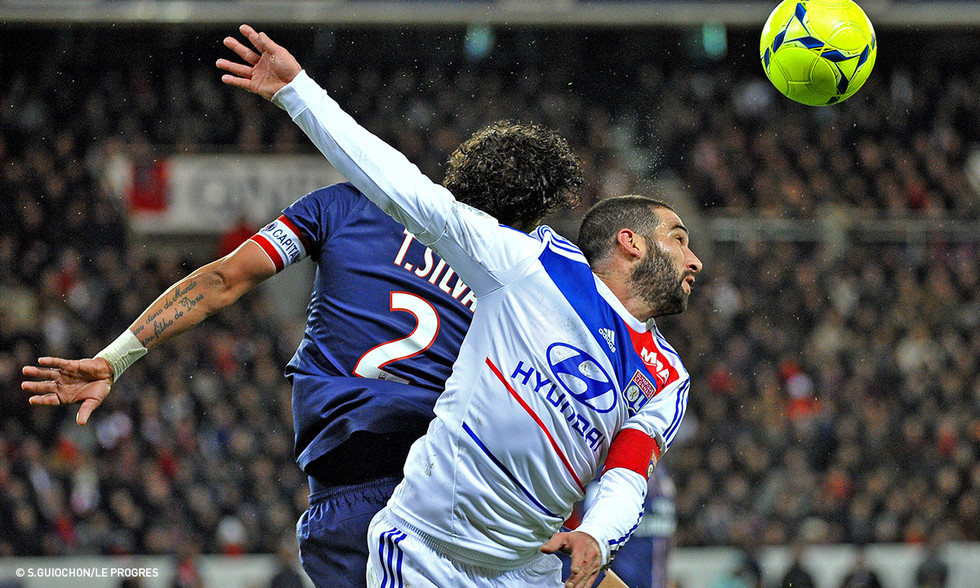 Falling behind just before the break despite a strong first-half performance, OL were under the pump in the second half and went down to a 1-0 defeat...

Would PSG continue on their impressive recent run and re-take top spot from OL? How was OL, with a number of key injuries, going to fare against the title favourites?Without Briand, Lacazette, Grenier, Gourcuff and Dabo, but with Réveillère back in the side? Rémi Garde opted for a formation with three central defenders, Michel Bastos at left-back and Lisandro starting on the left flank. It was a highly anticipated clash in which PSG seemed to have more to lose than Vercoutre and co.

Would the match live up to the hype? OL monopolised possession at the beginning, with 70% of the ball. The first Parisian counter-attack ended with a corner (9'). Three minutes later, 'Ibra' found Pastore for the first clear-cut chance of the match, but Vercoutre saved impeccably! PSG accelerated, but the match remained balanced... and then, from a Fofana pass, Lisandro hit Sirigu's post (26')! PSG couldn't find the solution to make the break...

"We didn't put ourselves in too much danger, but still I wasn't reassured, even though the lads followed my instructions," said Rémi Garde ten minutes before half-time, as PSG failed to hit the mark and Ibra opened up Lovren's forehead with his studs. But then Lisandro, played into the PSG area too early for his taste by Bastos, lost out to world-class PSG defender Silva, who launched a counter-attack that ended with Ibrahimovic crossing perfectly for Matuidi to head home. OL paid dearly just before the break.

Would Rémi Garde be obliged to change his game plan after falling a goal behind? The beginning of the second half was filled with bad decisions. Ten disappointing minutes in which PSG sat back and held OL off before hitting back with Ménez creating the danger and Pastore also threatening. PSG were masterful in their counter-attacks... but also in maintaining possession with a deft short-passing game. OL were dominated, without coming under too much pressure, but couldn't change the rhythm. Jallet narrowly missed a chance to kill the match off (77') as he hit the post. OL were run ragged by PSG, but a superb Vercoutre saved their skins with a classy stop from Lavezzi's chipped effort.

Rémi Garde brought on Benzia and Mvuemba with six minutes to go in a bid to tip the balance with some fresh legs for his side, who were struggling to make a dent on a super-solid PSG outfit. But OL ended up running out 1-0 losers, conceding top spot on the table - by goal difference - to their opponents on the night.