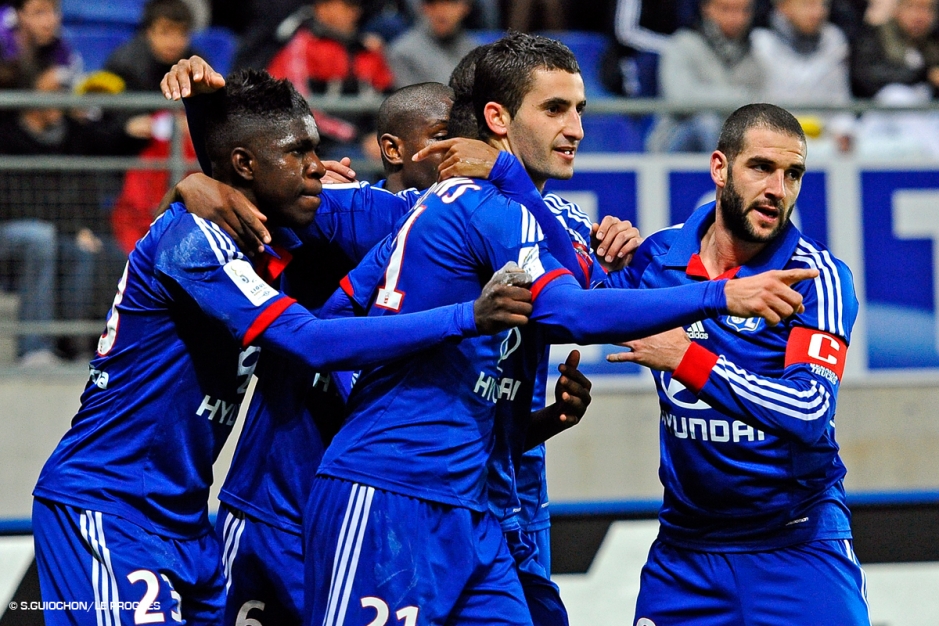 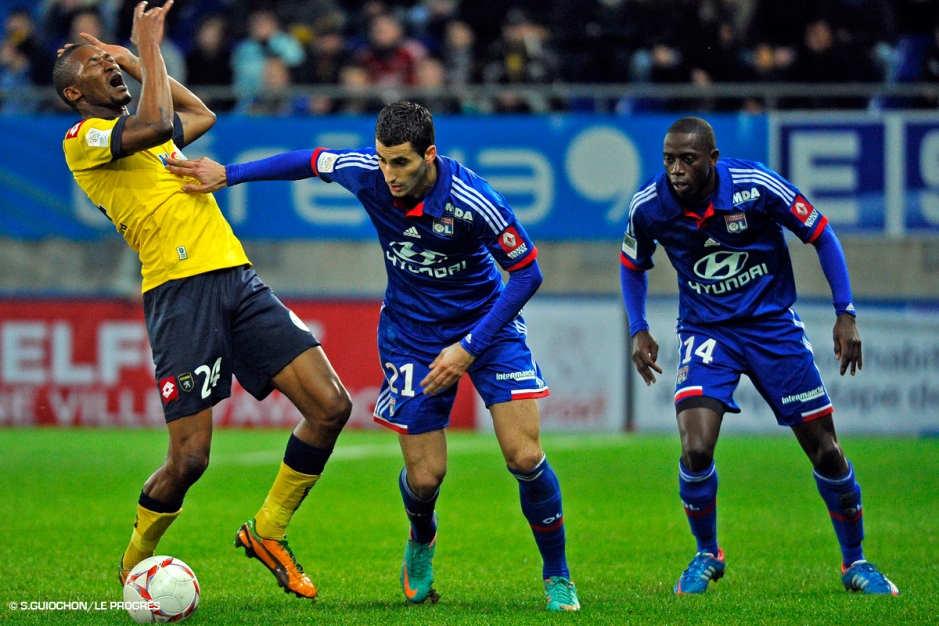 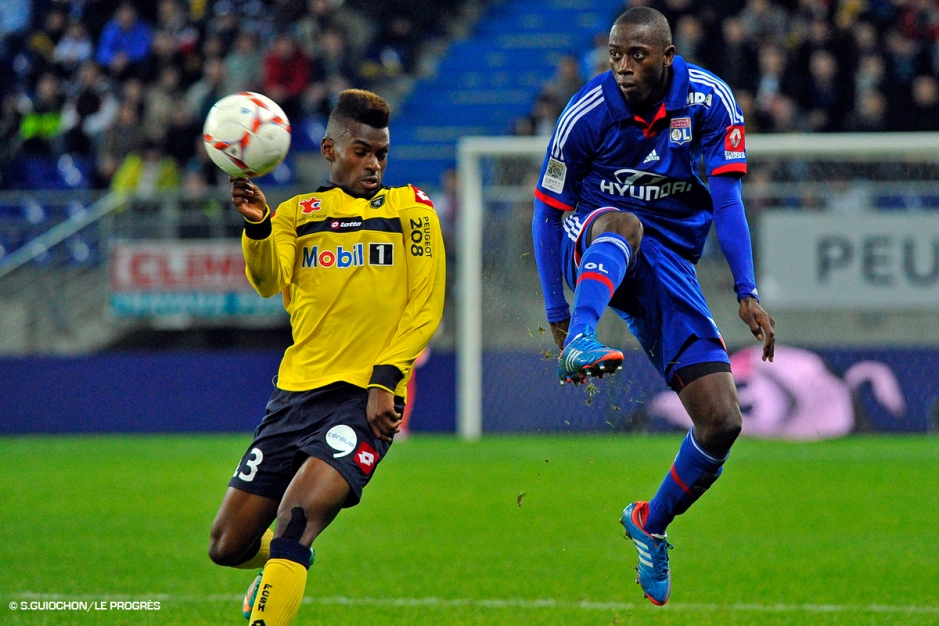 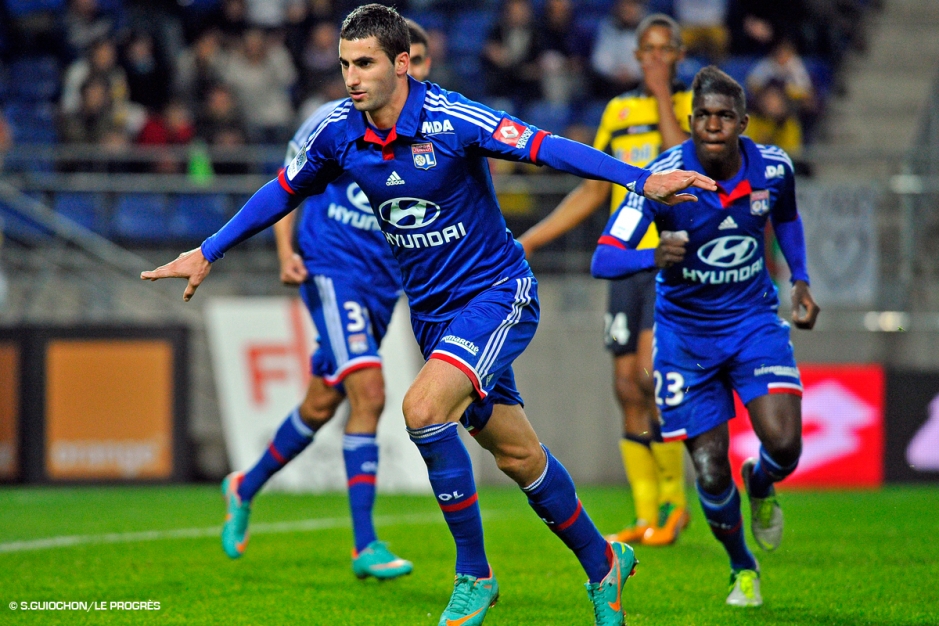 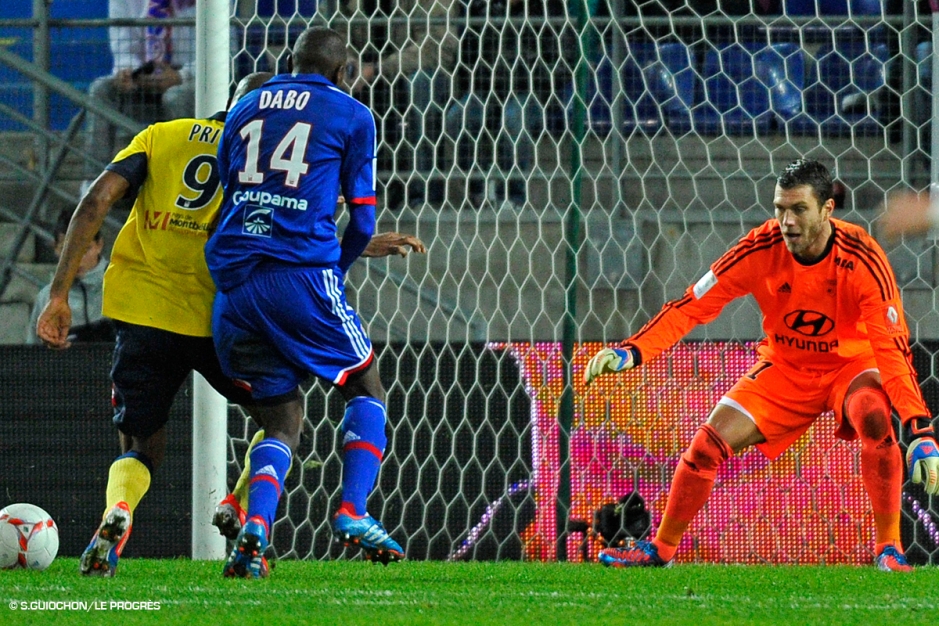 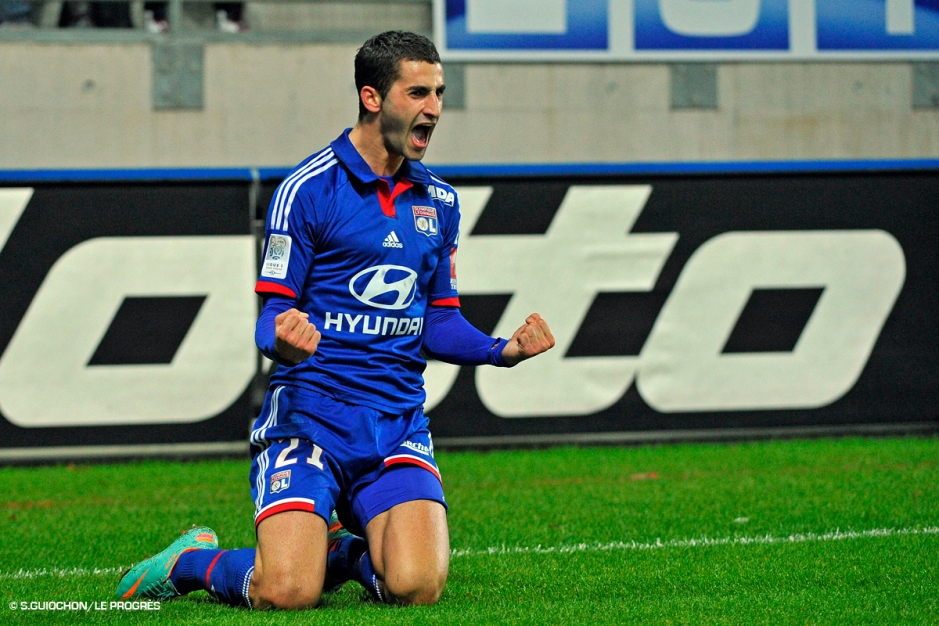 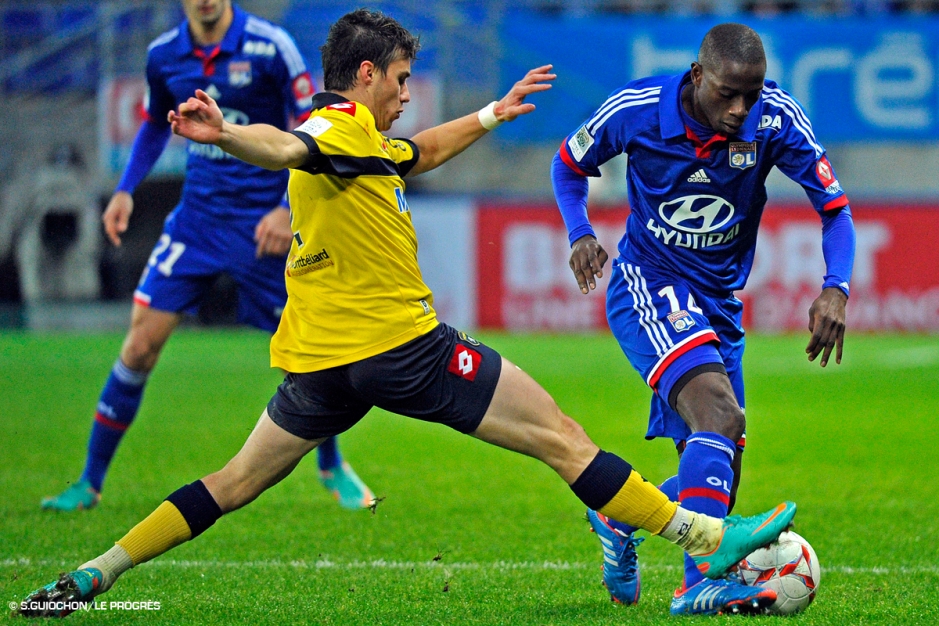 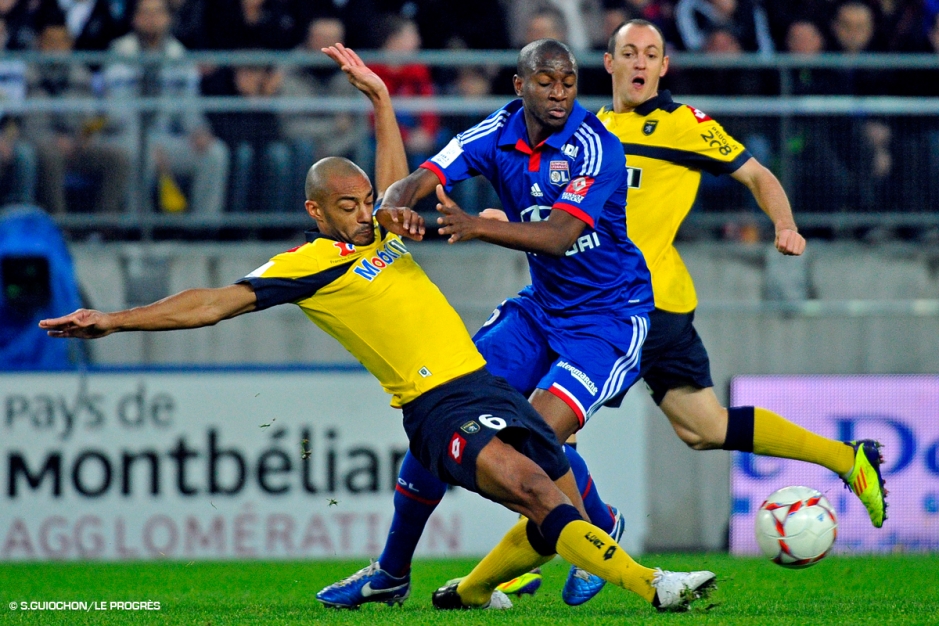 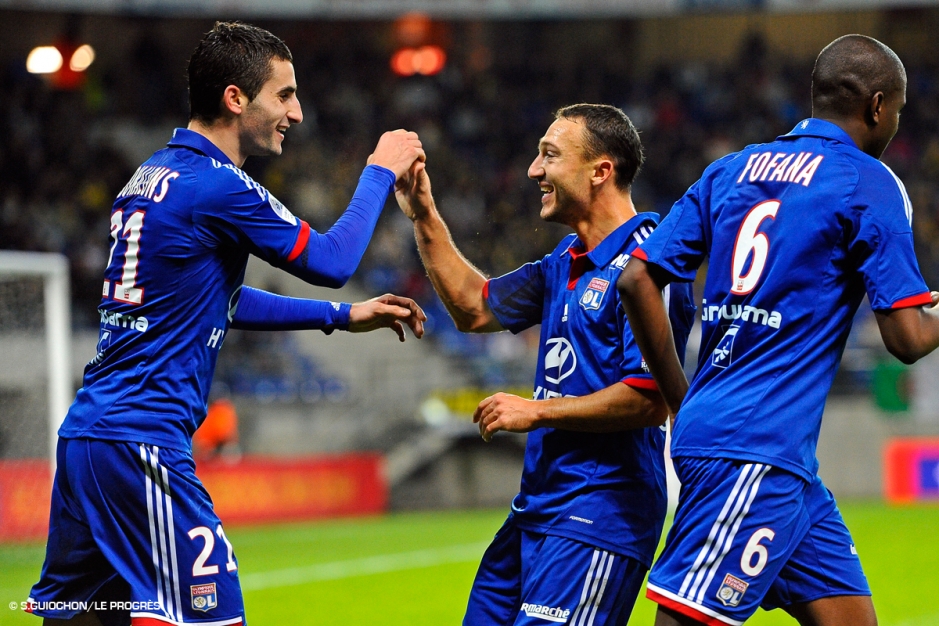 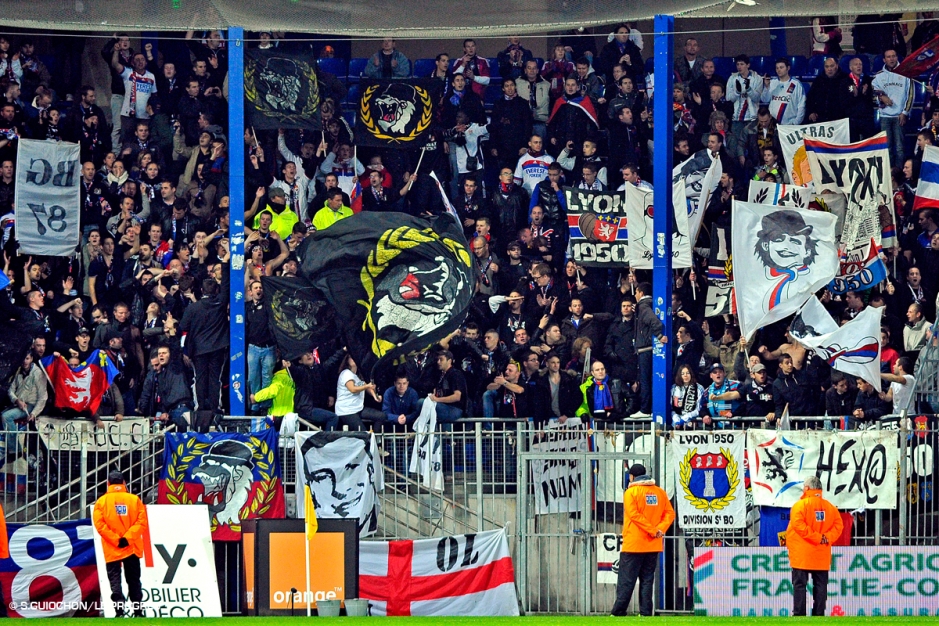 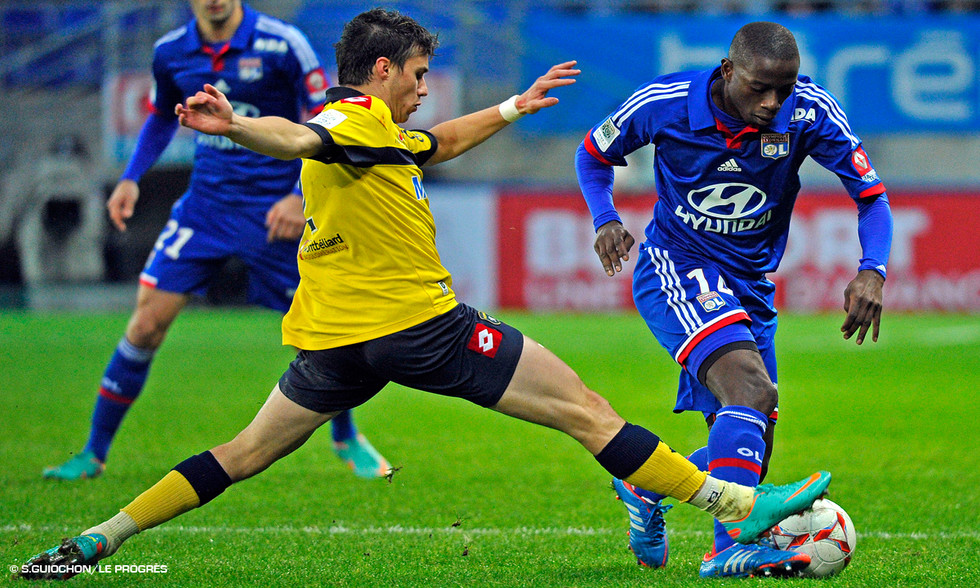 OL seemed to be the stronger side, but Sochaux didn't deserve to lose... A goal in each half for a deserved draw...

Three days after their superb performance in Bilbao, OL were in the east of France to being their confidence and success to bear on their domestic duties. Rémi Garde, missing Lovren (suspended), Briand and Bastos (both injured), had  brought some fresh legs into the side by handing starts to Dabo, Malbranque, Ghezzal and Lisandro - taking the total of OL youth academy products in the starting line-up to five. It was Ghezzal's first-ever Ligue 1 start!

Two solid sides. Boudebouz unleashed tow missiles from distance (7', 18'), the second of which Vercoutre only managed to stop with diving fisted ave. But from a Malbranque free kick, Gonalons opened the scoring with a header (24'). Sochaux's Camara curled a sweet shot narrowly wide. The match was lively as OL looked to kill it off, and Sochaux went all out to equalise - and almost did, but Privat couldn't capitalise after a Vercoutre had riskily come off his line (30'). Camara continued to menace with his blistering pace and wild dribbling skills... as FCSM monopolised possession.

But OL managed to remain dangerous, with Lacazette drawing a decisive save from Pouplin (38'). It was end-to-end stuff... but OL's 1-0 advantage remained at half time, even though Kanté and co. could have hoped for a better-loking scoreline had they been more clinical in front of goal. Even though OL looked to be on top, the match was still up for grabs...

Réveillère began the second half by picking up a yellow card. Privat failed to get his header on target from a corner (50')... yet another missed chance! From a Lacazette cross, Lisandro drew Pouplin into a firm save (54'). It was frenetic stuff, much like in the first half, as Camara jinked and turned his way through the OL defence only to be denied by Vercoutre's foot. The OL glovesman then pulled out an exceptional save to deny Privat once again (60'). Sochaux couldn't reap the rewards of their excellent and enterprising play.

OL were looking a bit shaky… Gourcuff came on for Ghezzal (66'). OL began moving the ball around with short passes. Form a ball won in midfield, Boudebouz played Privat into space, and the Sochaux forward beat Vercoutre with a left-footed shot (71'). A deserved equaliser. Gomis came on for Lisandro (82')... FCSM sat back and waited to hit OL - who were going all-out to retrieve their lead - on the counter. But OL's efforts were in vain. OL remain undefeated on the road this season, but for the fourth time this campaign brought back just the single point from their travels.