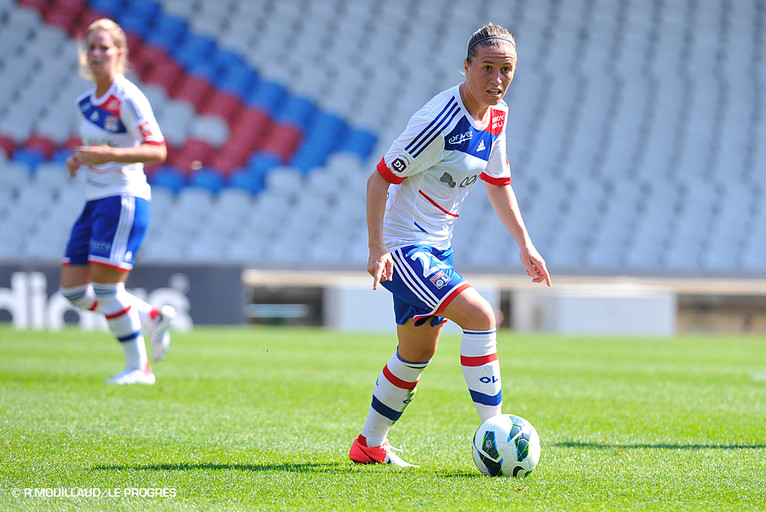 Olympique Lyonnais made a winning return to domestic competition on Sunday afternoon at the Stade de Gerland with a 3-0 win over Guingamp.

OL continued their impeccable title defence atop the D1 standings on Sunday. At the Stade Gerland, Patrice Lair's side registered their sixth consecutive league win, against Guingamp. OL rotated their squad offering some much-needed rest to a few internationals, just three days before the first leg of their Champions League last-16 tie against Zorkiy.

Back from injury, Elise Bussaglia opened the scoring form the penalty spot in the 27th minute, scoring her first OL goal in the process. In the second half, Camille Abily helped herself to a double, taking the score to 3-0 and taking her personal total to 12 D1 goals. On Monday morning, Les Lyonnaises jet out to Russia.