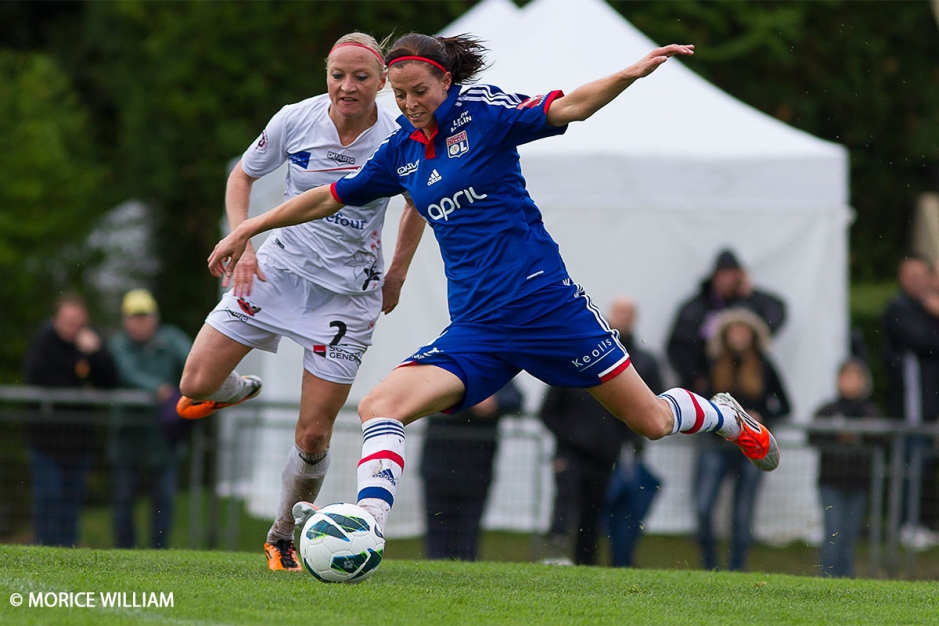 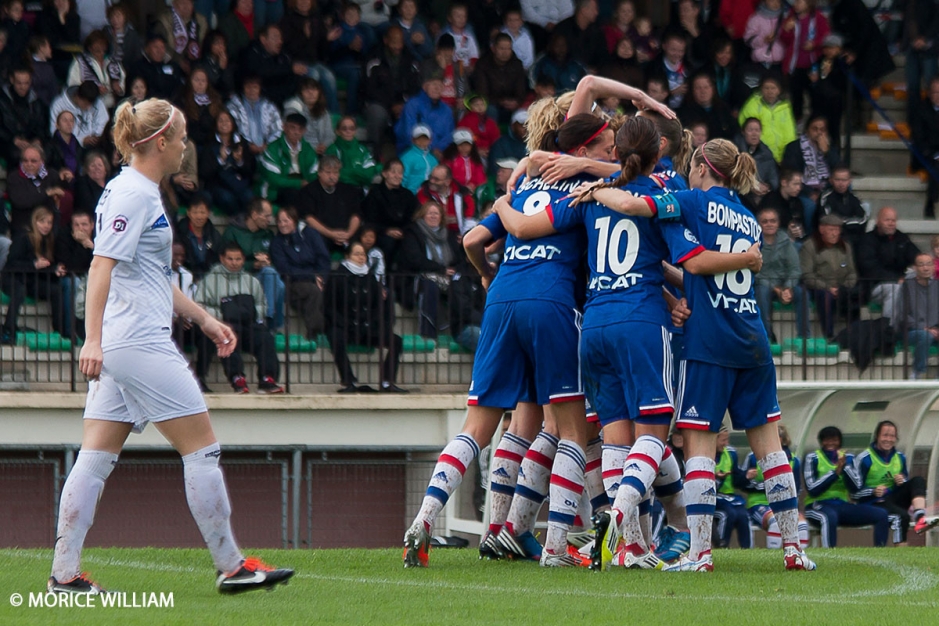 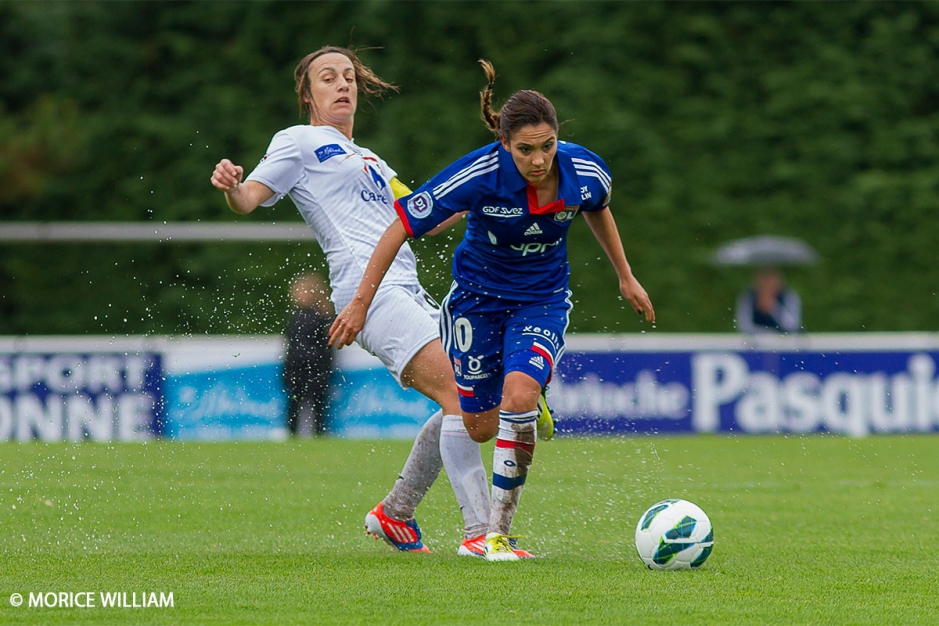 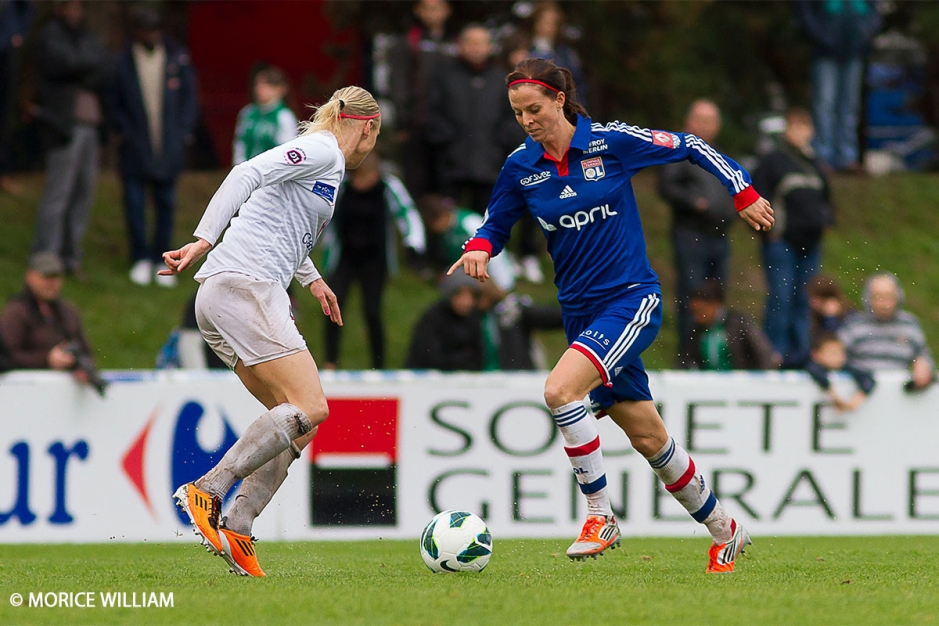 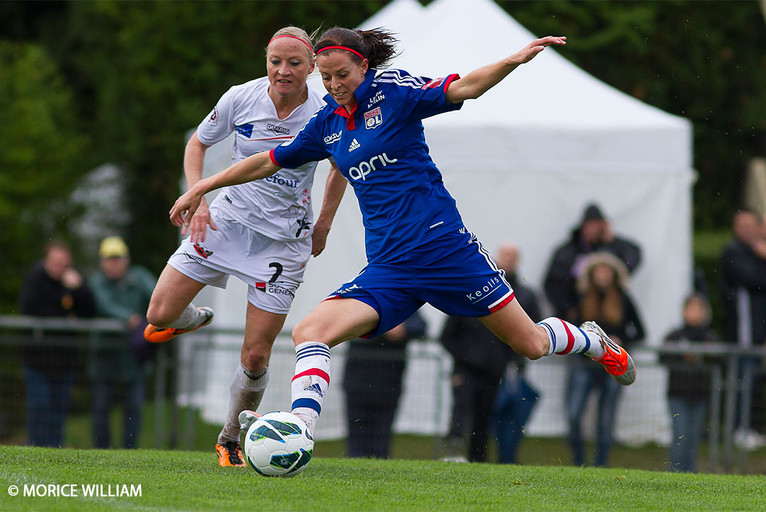 Olympique Lyonnais confirmed their superiority over would-be rivals Juvisy with a 4-0 win in trying weather conditions, thanks to an inspired hat-trick to Lotta Schelin, as OL maintained their 100 per cent start to the season.

OL showed all their experience on a water-logged pitch as Patrice Lair's girls did the job againast a direct title rival.

Making her return from injury, Lotta Schelin provided the solutions up front. Played through on goal by Tonazzi, the Sweden international rounded the 'keeper Mancion, and slotted the ball home left-footed (0-1; 17'). Without dominating territorially or in possession, OL took their chance to change the game.

Lair then made a tactical change after just 29 minutes, bringing on Lara Dickenmann at the expense of Louisa Necib, struggling in the difficult conditions which didn't suit her playing style.

OL adapted better to the conditions and Tonazzi netted her eighth goal in OL colours just before the break, from a Thomis cut back (42'; 0-2). OL were two goals to the good at half time and there was to be now way back into the game for the visitors in the second half.

After the restart, Schelin was denied by Mancion a first time, before adding goal number three with an unstoppable drive (0-3; 69'). Despite more rain, Scheline got her third of the night with a header after Sonia Bompastor helped on a corner (0-4; 79').

It was a big win for OL away to Juvisy, just outside Paris that continued their long unbeaqten run. Without the services of Wendie Renard, the defence held firm and still hasn't conceded a goal in season 2012-13. Patrice Lair's side are way out in front with 20 points, already eight ahead of Juvisy. There's still a long way to go, but OL have already made their mark!