The season so far 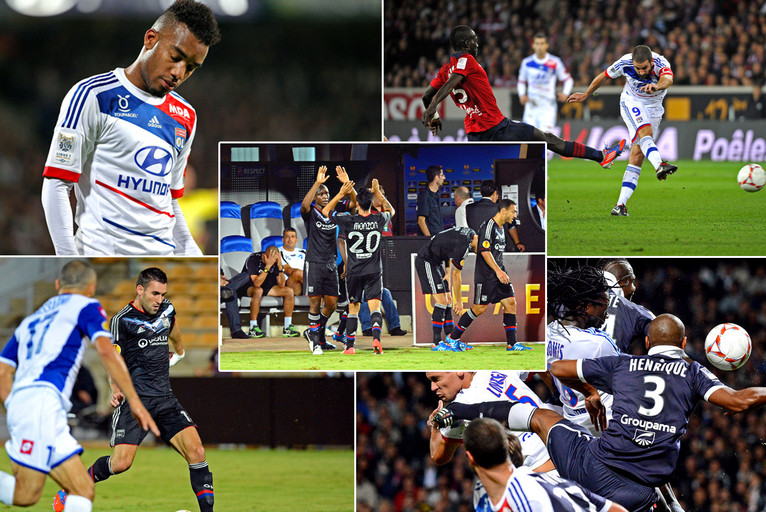 With at least 16 games between now and the winter break, this is the time to recharge the batteries after a tough autumn. What better time to look back at the season so far...

THE OPENER
By opening the season with a comfortable 2-0 win over Ajaccio, Lyon prepared perfectly for the start of the Europa League. It may not be the Champions League but, nonetheless. On Thursday 20 September, Anthony Réveillère and Co. turned on the style against Sparta Prague for their opening game in their first Europa League season since 2000-01, running out 2-1 winner thanks to goals from Gomis and Lisandro in front of 25,000 spectators.

A SAVE
Three days later, Lyon prepared for a first test away to Les Dogues. Out played, it was not a vintage performance from OL, but they can still thank an excellent Rémy Vercoutre, who produced an astonishing save to deny Payet.  The save prevented the LOSC from running away with the game and Vercoutre proved at that moment, he was ready to fill Hugo Lloris' gloves.

A GOAL
Only a stunning individual goal by Licha - a thumping drive from 25 metres - saw OL emerge with a 1-1 draw against Lille. In the 80th minute, the OL skipper pounced on the ball 40m out from goal, beat Mavuba with a nutmeg before blasting beyond Landreau with a shot clocked at 93 km/h.  It was his eighth goal scored against Lille in six official matches...

A MATCH
Rémi Garde took a new-look side to Haïfa to take on Kiryat Shmona. No Gomis, Lacazette, Malbranque, Bisevac or Dabo. Les Lyonnais fell into the trap, conceding an early goal. The seven time French champions then looked right back in control at 3-1 up before conceding two more second-half goals and needing Fofana to net a late, late winner for a 4-3 triumph.

A MAN
The leading light in Israel was Gueïda Fofana who netted his first ever OL goal and then scored a second to win the game in injury time! He showed all his qualities in Haïfa.

THE ABSENTEES
In just three weeks, Les Olympiens had to cope with the injuries to Michel Bastos and Yoann Gourcuff. The Brazilian played for an hour against Ajaccio, while the ex-Bordeaux playmaker continued his knee re-education.They should both be back for the Brest game. In their absence, OL has stayed in touch - 3rd in Ligue 1, 4 pts from the leader Marseille and in the hunt for a Champions League berth.