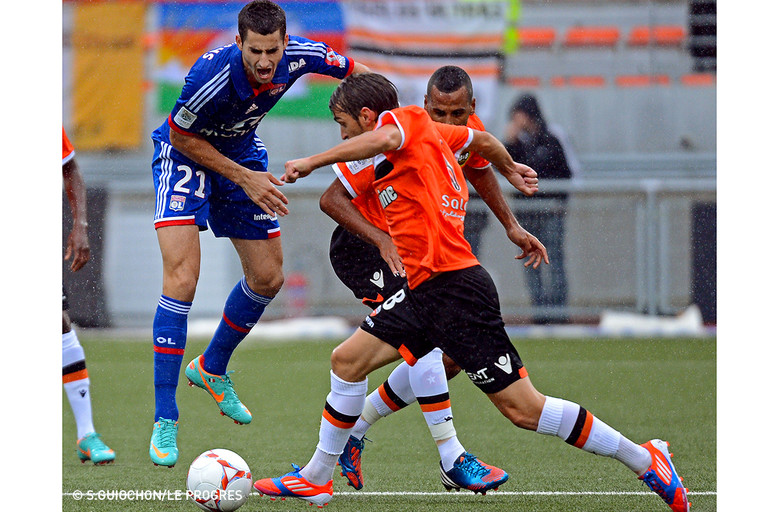 Rémi Garde used an 11th different starting XI in as many competitive matches this season...

It was the fourth time that the coach started with four OL academy graduates in Gonalons, Malbranque, Grenier and Lacazette, after matches against VAFC, Girondins de Bordeaux and Sparta Prague. Four academy graduates on the field at kick off is a record this season... During a game, this total rose to five when Umtiti came on against Sparta... and this Sunday against FCL.

Pléa is the sixth product of the OL youth academy to be given his chance with the pro squad by coach Rémi Garde.

Against Lorient, Alexandre Lacazette delivered his first assist of the season.

It was the first time this season that OL have led and not gone on to win the game.

3 - the number of times the woodwork was struck… twice for OL and once for FCL.

The last booking for Lisandro in Ligue 1 dated back to 21 December 2011 away to Valenciennes, and the 1-0 loss.

3 - It was a third consecutive 1-1 away draw for OL. OL have taken 5 points from a possible 12 in their last four L1 matches and have two points less than at the same time last season. OL have only done worse in three seasons since 2001-02. OL have not scored more than one goal in any of their last four matches. (1-0 win over Stade Rennais).

5 - Gomis has scored five goal against FC Lorient in Ligue 1 and one in the Coupe de la Ligue. Bafé scored once with ASSE against Les Merlus.

7 - the number of goal scoring chances for OL… 10 for FC Lorient.