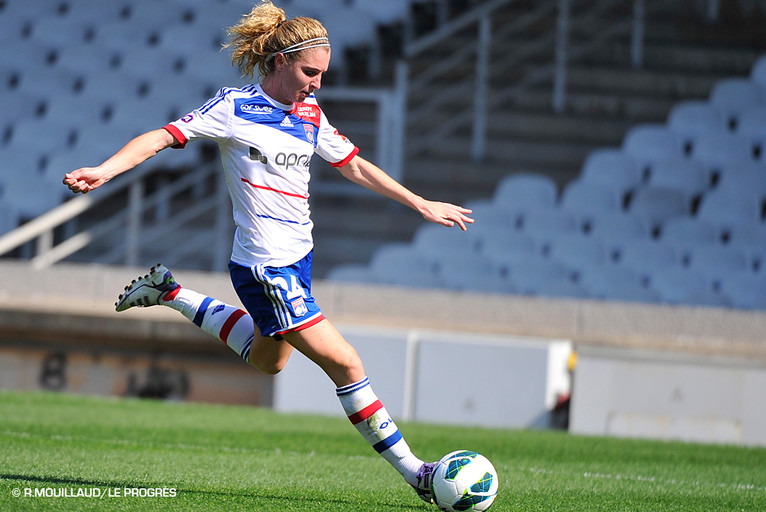 It's a big week for the Olympique Lyonnais women's team with a trip to Yzeure on Sunday at 15:00 CET before their opening match of their Champions League title defence...

For coach Patrice Lair, the start of the season is already an important time for his team. They have to hit the ground running before coming back up for the end of the season when the trophies are up for grabs. To do that, they need win their early matches and also preserve their boodies. This week, with the return of the internationals, the coaching staff insisted on recovery and dealing with the little niggling injuries.

Especially as Lotta Schelin injured her right thigh in the friendly romp against Nîmes on Tuesday (13-0). The Sweden striker will miss both away matches this week, against Yzeure in the French first division and then Vantaa in the Champions League on Wednesday.

First up, Les Lyonnaises are looking for a second consecutive D1 win after their opening day drubbing of Rodez (8-0). The trip to Yzeure, who will be looking to survive the drop this season, doesn't look like the most dangerous game this term. But it does come after the international break and ahead of the opening Champions league game of the season.

Céline Deville and Elise Bussaglia will play with the reserves, and Laura Agard is in line for her first competitive appearance for OL, while Wendie Renard will play her 100th D1 match.