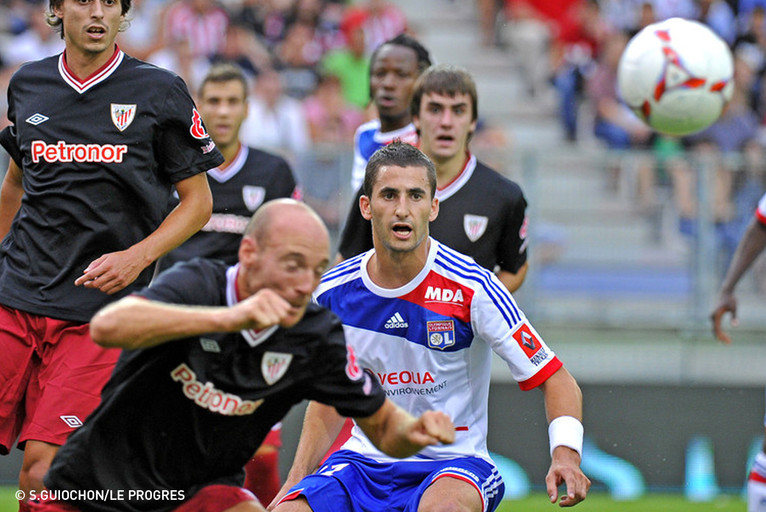 1: Maxime Gonalons is the only Lyon player to have played every minute of every official OL match this season (5 in Ligue 1 and the Trophée des Champions).

2: headed goals from (Gomis and Lovren).

4: the number of goals scored between the 61st and 75th minutes of matches - the most prolific quarter-hour for OL this season.

6: the number of different opponents for OL so far this season (5 in Ligue 1 and 1 in the Trophée des Champions).

10: the number of central defensive pairings to have started matches for OL since Rémi Garde took over as coach.

23: the number of players used since the start of the season by OL's coach.

ATHLETIC BILBAO
Basque outfit Athletic earned a 3-3 draw away to Espanyol Barcelona on the weekend. After 4 games, they have 4 points (1 win, 1 draw and 2 losses; 8 goals scored and 12 conceded) and they are sitting 14th in La Liga.

SPARTA PRAGUE
Sparta suffered their first defeat of the season away to Viktoria Plzen; they lost the top of the table clash 1-0 and after seven games, now find themselves second in the standings with 16 points (5 wins, 1 draw, 1 loss).

HAPOEL KYRIAT SHMONA
The Israeli league leader was upset 1-0 at home by Maccabi Netanya. After 3 matches, Kyriat are now fourth with 6 points (2 wins and 1 loss; 6 goals scored and 4 conceded).

Yattara was in the ESTAC starting XI that hosted LOSC in Week 5. He played 80 minutes before being replaced by Darbio who laid on the equalising assist for his side (1-1). ESTAC are bottom of Ligue 1 with 2 points.