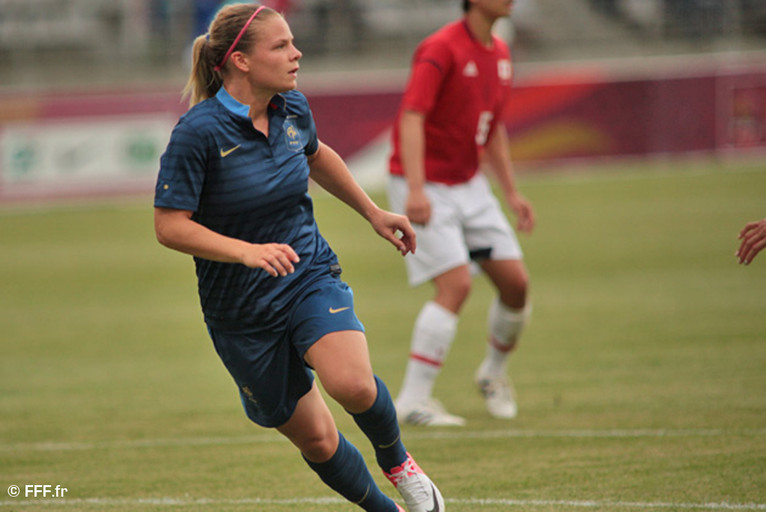 The France Women's national team booked their place at Euro 2013 with a dominant 4-0 victory over Ireland in Guingamp on Saturday night.

Les Bleues deservedly pocketed their tickets for Euro 2013, to be played in Sweden next summer. Les Françaises ran out easy 4-0 winners on Saturday at the Stade Roudourou in Guingamp, including goals to OL players Elodie Thomis (8') and Eugénie Le Sommer (12', 43').

Already eliminated with Switzerland, Lara Dickenmann also scored in her country's 3-1 win over Turkey, as did Lotta Schelin in Sweden's 2-1 friendly win over the Netherlands.