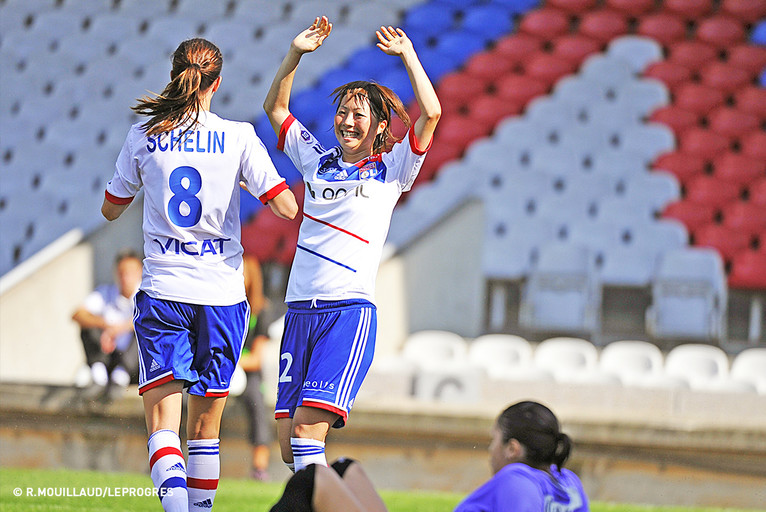 Olympique Lyonnais made a stunning start to the new season with an 8-0 drubbing of Rodez 8-0 at the Stade Gerland on Sunday.

It was the perfect start to their title defence for Patrice Lair's charges, who comfortably swept aside an outclassed Rodez. In the opening exchanges, 'Les Rafettes' tried to take the game to their opponents and pressed high up the pitch. But Les Lyonnaises patiently bided their time, before unleashing wave after wave of attack upon their opposition.

Preferred to Lotta Schelin at the point of the OL attack, Laëtitia Tonazzi wasn't long in getting her name on the scoresheet. The former Juvisy striker side-footed home the opener from a Lara Dickenmann cut-back (1-0, 18'). The hardest part was done. In the following moments, Camille Abily helped herself to a brace, the first from set up by the untenable Lara Dickenmann in a carbon copy of the opening goal (2-0, 21'), and the second set-up by Elodie Thomis from the other flank (3-0, 31').

The Rodez defence, systematically caught out by balls in behind, were again surprised by a Sarah Bouhaddi clearance that saw Laëtitia Tonazzi race clear to ne the fourth (4-0, 34'). Jean-Michel Aulas and the 3,000-odd fans at the Stade Gerland were in rapture.

After the half-time break, the substitutes Lotta Schelin and Ami Otaki shined in turn in a new-look 3-4-3. The Japanese striker benefitted from good lead up work from her Swedish teammate to add to the scoreline (5-0, 47'), before Lotta Schelin got on the end of a superb team move to open her account for the season (6-0, 66'). The two new strikers even helped themselves to another goal each in the final minutes to complete the opening day rout.