Goal of the month 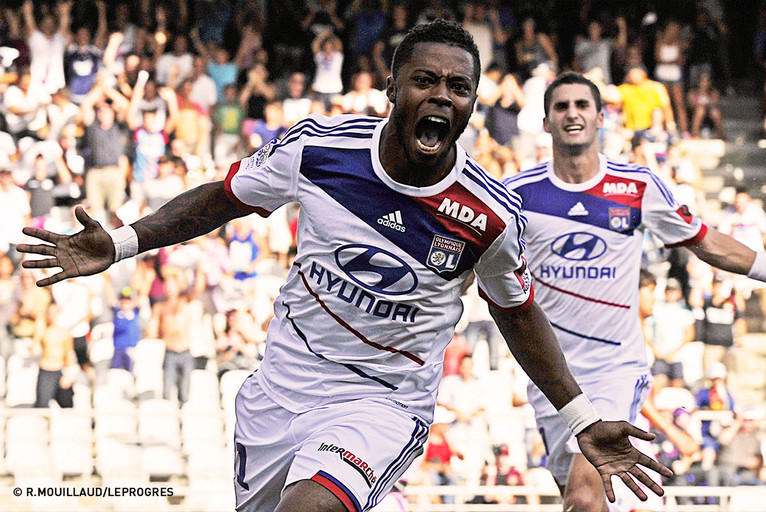 Olympique Lyonnais Player of the Month of August, Michel Bastos, also netted the most spectacular goal of the new season, so far...

In five official matches, OL have scored 11 goals. For from Gomis, three from Bastos, and one from Lisandro, Grenier and Briand. Two headers (Gomis), one penalty (Gomis), one direct free-kick (Bastos), two goals from corners, four goals from crosses… Many of the goals have been spectacular, in their collective build-up and in the individual execution... OL possess the best attack in Ligue 1 with nine goals scored in four matches.

Gourcuff, Briand, Lacazette (x2) provided the crosses for goals from Gomis, Briand, Gourcuff and Grenier. There was the move that brought the penalty against VAFC or the move that was capped off by Bastos' strike in the same game.

Then there was Bastos' direct free-kick in Annecy, against ETG - a powerful strike from 30m out that equalised for OL. It was the fifth direct free-kick scored by Brazilian in OL colours after goals against Monaco, Sochaux, Rennes and Nancy.

There was the 25m left-foot shot from Clément Grenier against VAFC after the cross from Lacazette and the pay off from Gomis. Superb.

But the best of the lot, the goal of the month, came in the 65th minute of the match against ESTAC at the Stade Gerland. From a corner half cleared by Rincon, Michel Bastos produced a stunning left-foot overhead kick to beat the visiting goalkeeper Thuram. Incredible! An amazing goal that gave OL the lead in the game!