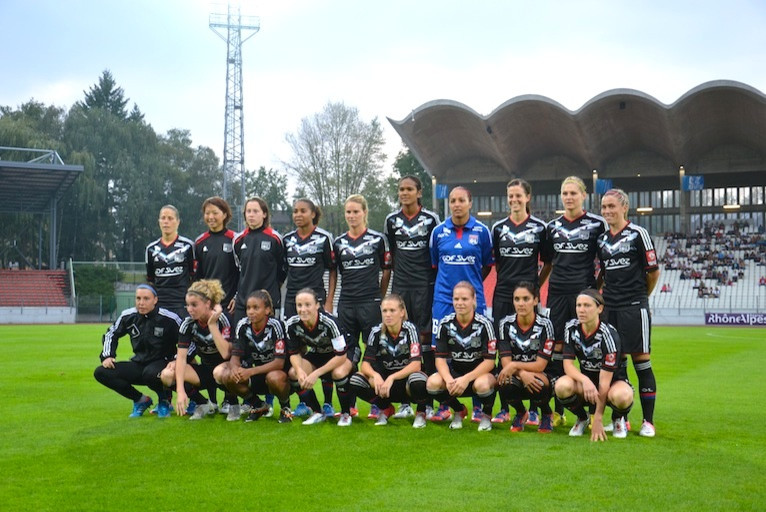 Olympique Lyonnais defeated Barça 3-0 in their pre-season friendly on Wednesday at the Parc des Sports in Annecy.

In the first half, Les Lyonnaises dominated their opponents without managing to break down a well-organised and tactically astute FC Barcelona. Wendie Renard had several chances with headers (2', 7') and even hit the crossbar from a corner (36').

Starting the game at right-back, Amandine Henry quickly changed with Elise Bussaglia to give more presence to the OL midfield. Her two efforts weren't far off from opening the scoring (22', 24'). Just before the break, Lotta Schelin had a gilt-edged chance to unlock the match, but she fired over with the goal at her mercy.

In the end though, Les Lyonnaises found a way through the Spanish champions, with Jean-Michel Aulas and Sidney Govou watching on. After the break, Patrice Lair made several changes, switching to a 4-4-2 and introducing Laëtitia Tonazzi and Ami Otaki up front.

Eugénie Le Sommer headed home the opening goal from a cross from the right (1-0, 49'). Then Wendie Renard netted a second, with a header from a corner (2-0, 57'). The defender then charged her way through the Barcelona defence, to the delight of the 1,500 fans in attendance, only to fire over (71'). In the final minutes, OL added a third goal through Japanese striker Ami Otaki, after good lead up work from Louisa Necib (3-0, 79').