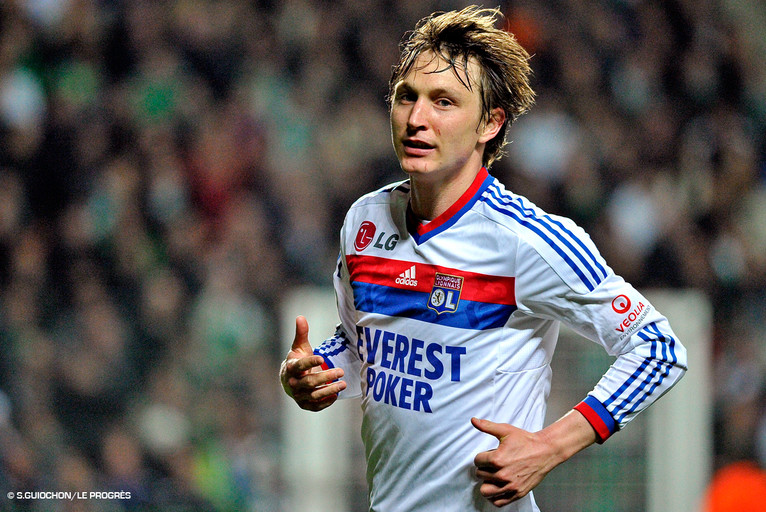 A box to box midfielder, he could also sit just in front of the defence and also played left back and left winger, like he did at Ligue 1 rivals Stade Rennais and with the Sweden national team.

Kim will leave behind him the memory of a solid player you could rely on and boasting a superb left foot, mixing skill with power! He could open up Lyon's play with one of those trademark diagonal passes. He also worked so hard. Jérémy Toulalan said: "It's so easy to play with Kim, he's positional play is so intelligent." His free-kicks were so often the difference, setting up goals, or scoring them himself. He was so rarely injured, just once towards the end of the 2006-07 season.

He signed for OL in 2006 as a 'luxury squad player' when the side boasted the likes of Juninho and Tiago, before forcing his way into the side, as his stats attest!

One image? His extraordinary goal in the Champions League in Kiev in the 3-0 win back in October 2006.

During his time at Lyon, he also enjoyed a glittering international career with Sweden and is now one of the top ten most capped players for his country. He is fast approaching the 100 caps mark. Kim will turn 30 on 24 August.