A great fight back 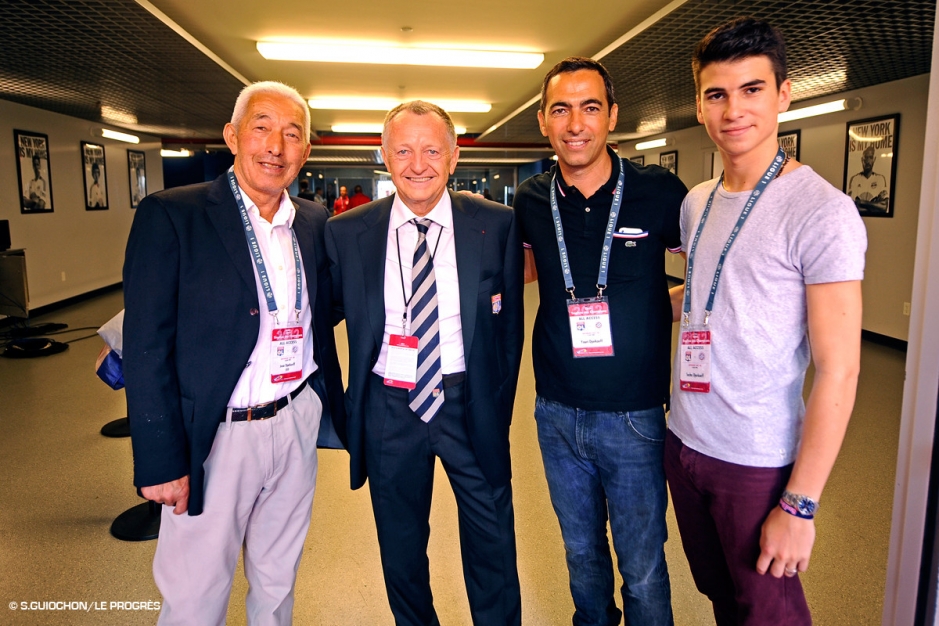 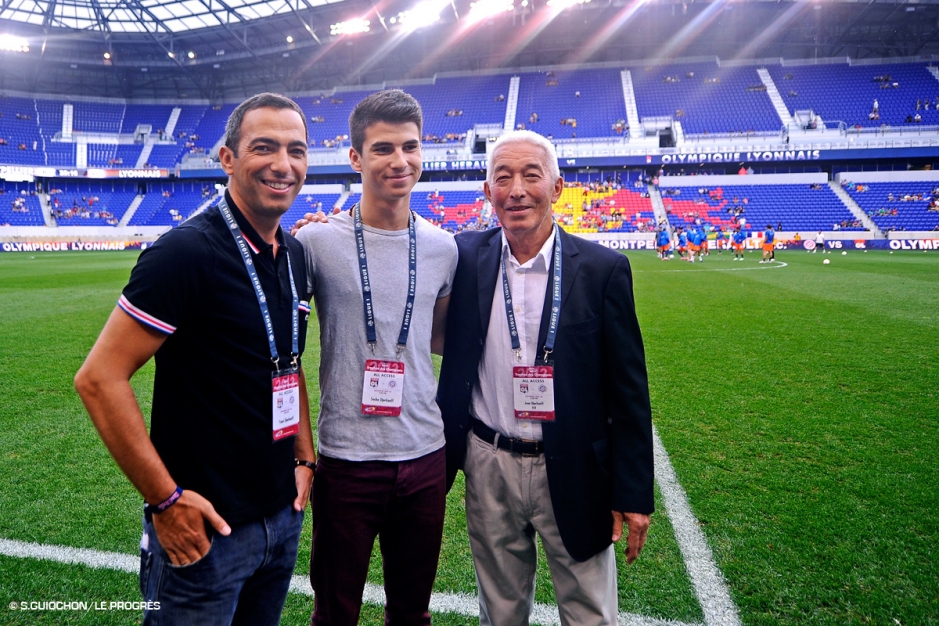 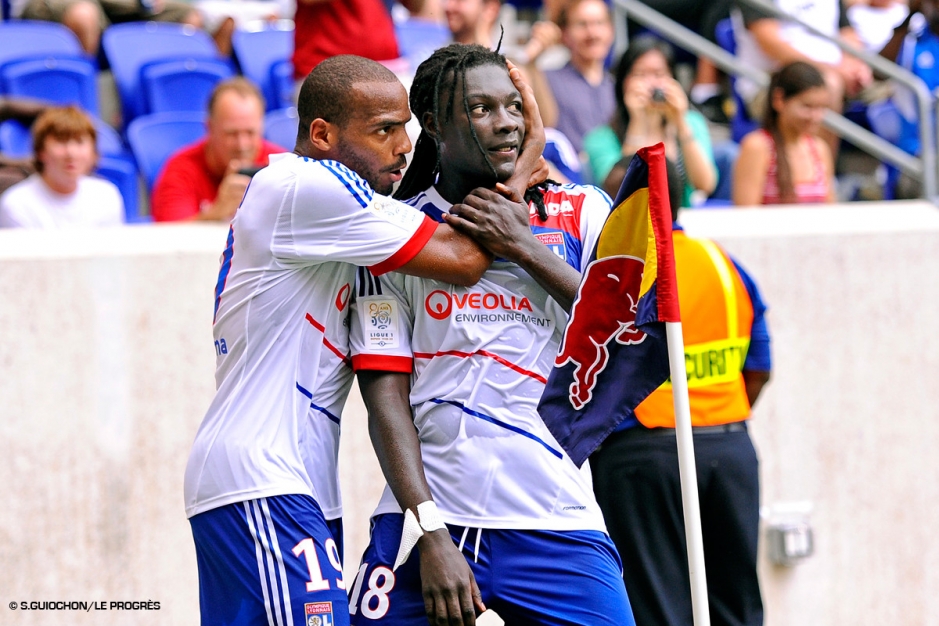 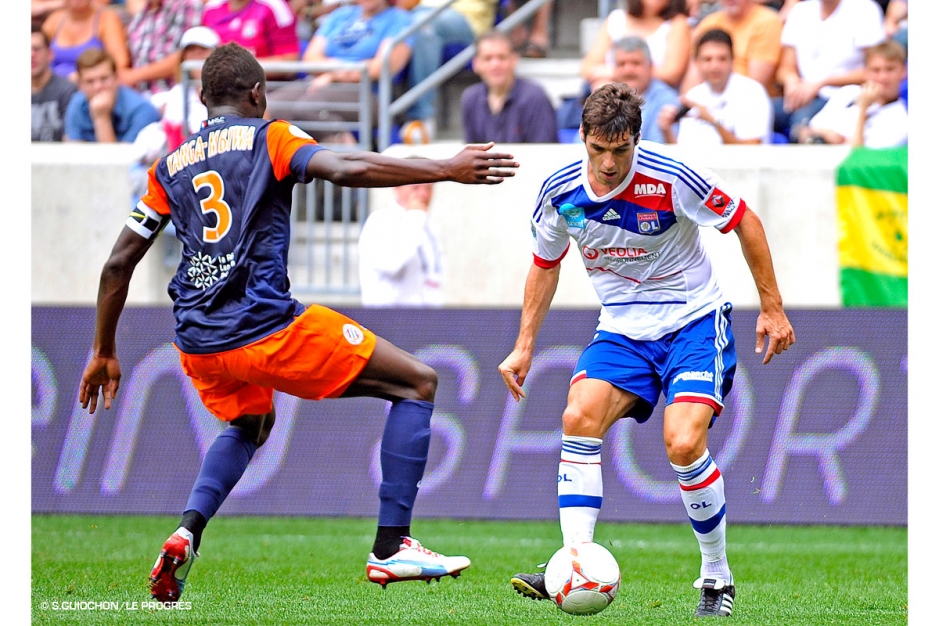 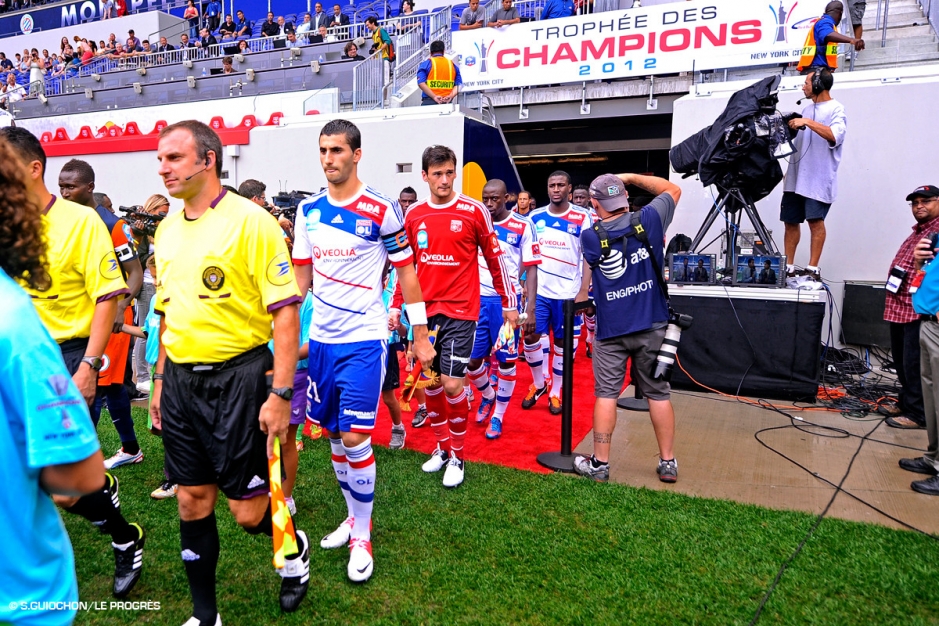 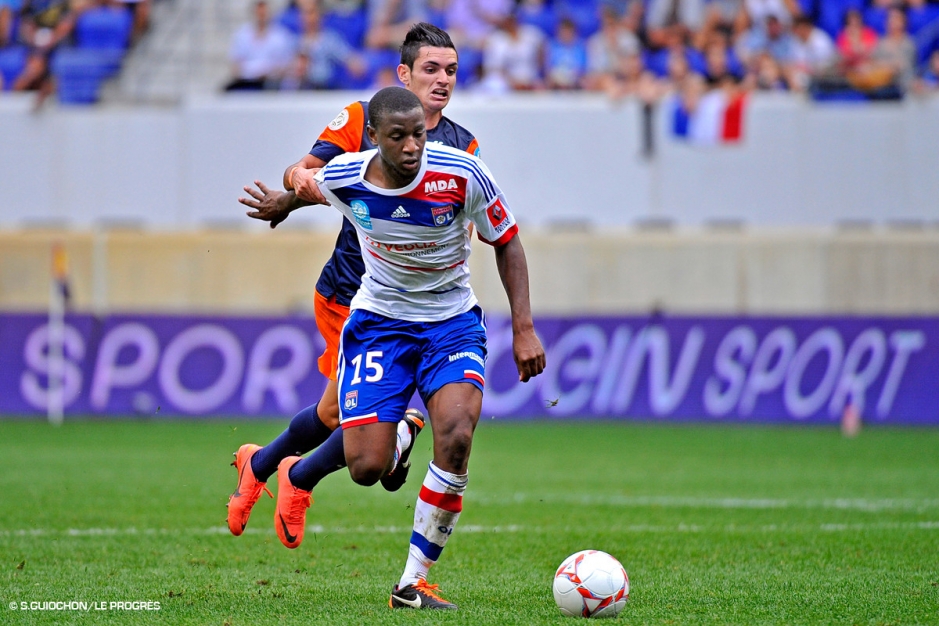 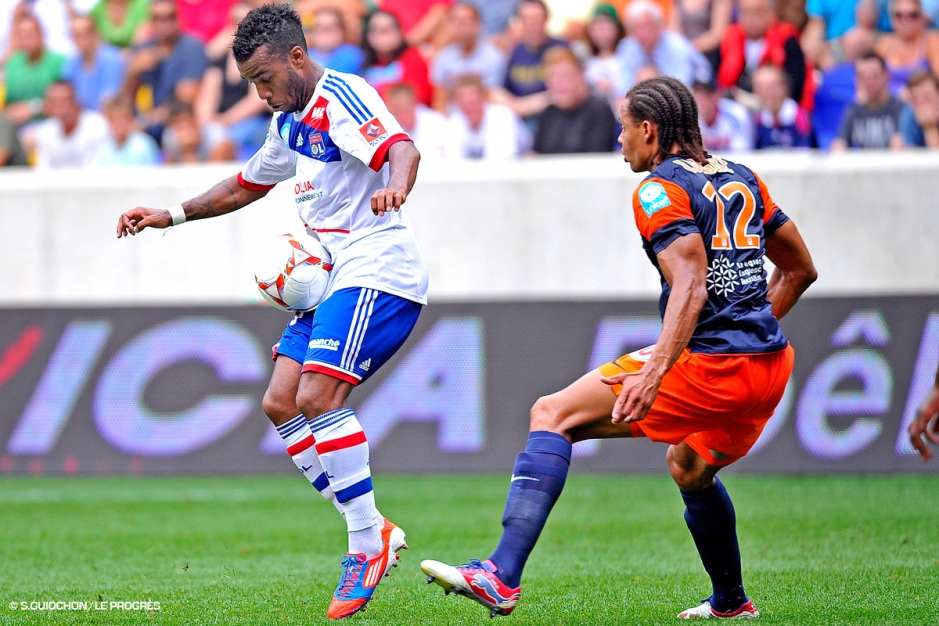 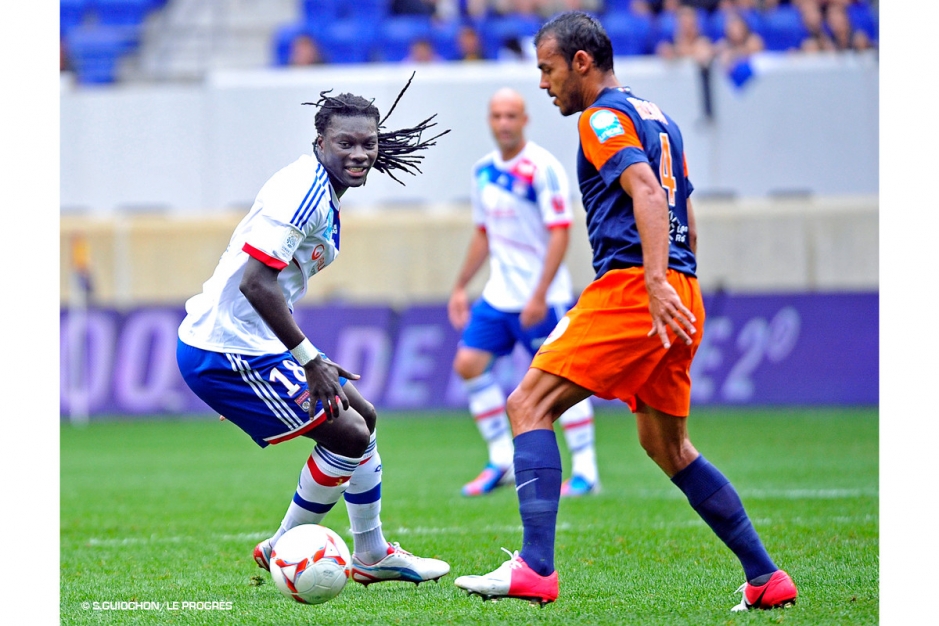 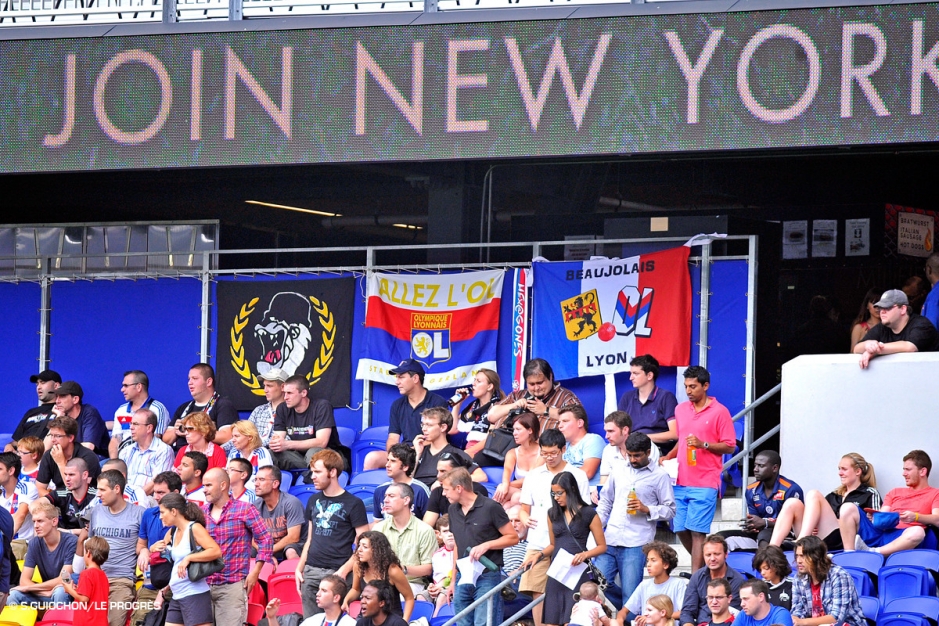 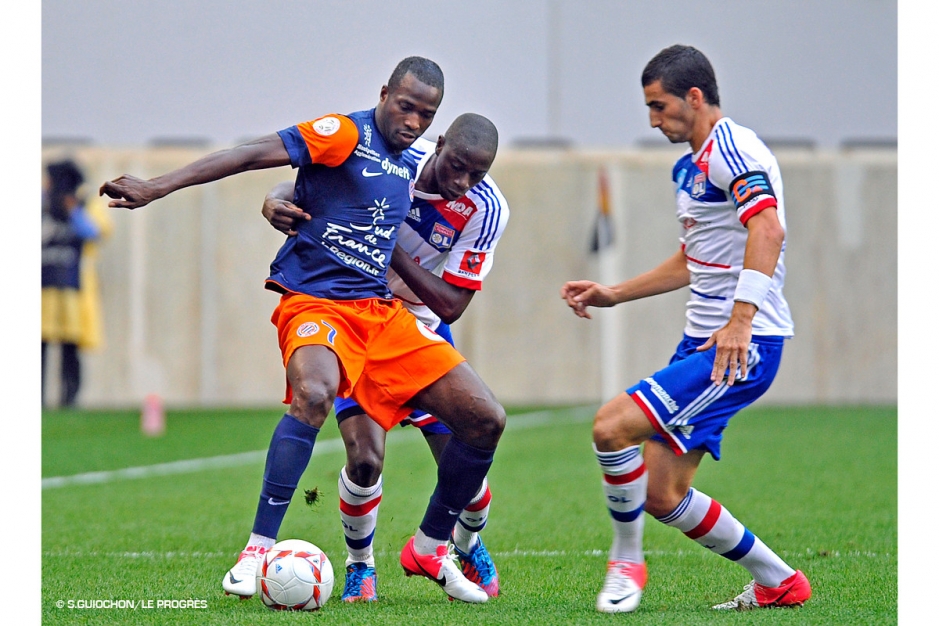 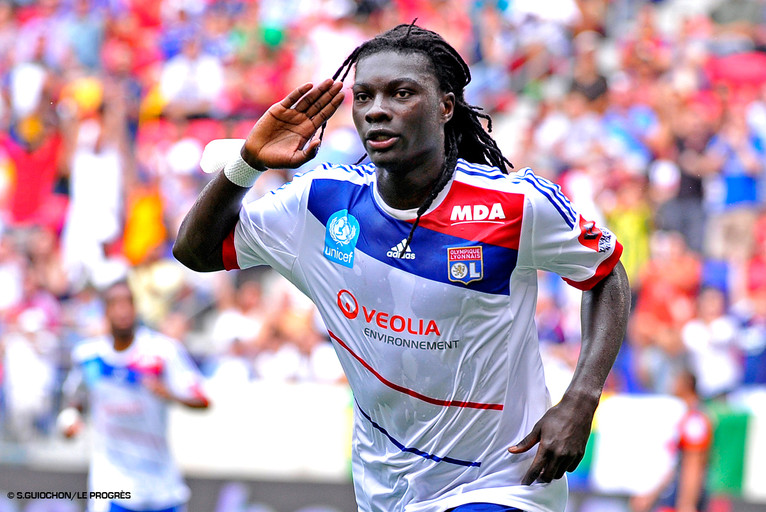 Outplayed in the first half and twice behind on the scoreboard - including a very harsh penalty - OL showed great character to dominate the second half and win their seventh Trophée des Champions on penalties over defending French champions Montpellier...

Without Lisandro, Källström, Lovren and Bastos, OL set out with a 4-2-3-1 formation that Rémi Garde had tested in the previous three friendlies and no real surprises in the starting XI. For the reigning French champions, Belhanda, suspended, and Bocaly, injured, were missing but three new faces were present (Congré, Mounier, Herrera). Obviously, Ligue 1 Golden Boot Olivier Giroud is no longer a Montpellier player…

Apart from one or two accelerations from Lacazette and a couple of nice touches from Gourcuff, a long range effort from Fofana, there was nothing of note from OL in the first half until the 44th minute - just mistakes. While OL should shoulder most of the blame, their opponents were in excellent form and looking like a side ready for battle. The well-oiled Montpellier machine deservedly took the lead through Utaka (26') who took advantage of three lucky rebounds off Dabo, Fofana and B. Koné. MHSC could easily have doubled their lead through ex OL winger Mounier (30'). There wasn't too much to be happy about, as Rémi Garde would admit later, until the 44th minute and Gourcuff's cross for the head of Gomis to equalise with his 53rd OL goal. What a strike rate!

A Cabella shot from just inside the area and a goal-mouth scramble saw the second half start in similar nervy fashion for OL. The MHSC were in control and received a very generous penalty from the referee for an accidental handball by Gomis in the area, from Estrada's free-kick (56'). Herrera stepped up and fired his side back in front. OL bounced back immediately through Gourcuff and Fofana's shot flew just over. Gonalons then fired high after a poor clearance from Jourdren in the MHSC goal (61').

Benzia replaced Gomis. Estrada sent in a dangerous cross, dealt with by Lloris. Gourcuff tested Jourdren with a free-kick (67'). It was an even second period. Benzia got his first effort on target (70') and was lively. OL were on top and pushing for an equaliser that Briand almost got with a header (74'). Two minutes later and Briand did get his reward after Cris won back possession and Lacazette crossed for the former Rennes winger to volley home. A deserved equaliser!

MHSC finished the match with 10 men after the sending off of Estrada for a bad foul on Benzia. Lacazette (83') could have won inside 90 minutes from a inch-perfect Briand cross. Unmissable... OL had lifted through the gears and were right on top in the final minutes. Briand hit the post (87'). Benzia fought for everything. But it was Lloris that produced the save of the game to deny Camara (90').

In the end, it was a spectacular 2-2 draw with each side enjoying their better half of football before the match was decided on penalties - the fourth in the eight Trophées des Champions for OL. In the lottery, OL won thanks to two saves from Lloris - including one unbelievable stop to deny Charbonnier. The win represents the 18th piece of silverware for OL and a seventh Trophée des Champions crown since their return to the top flight in 1987.