Gourcuff wins the race up Iseran 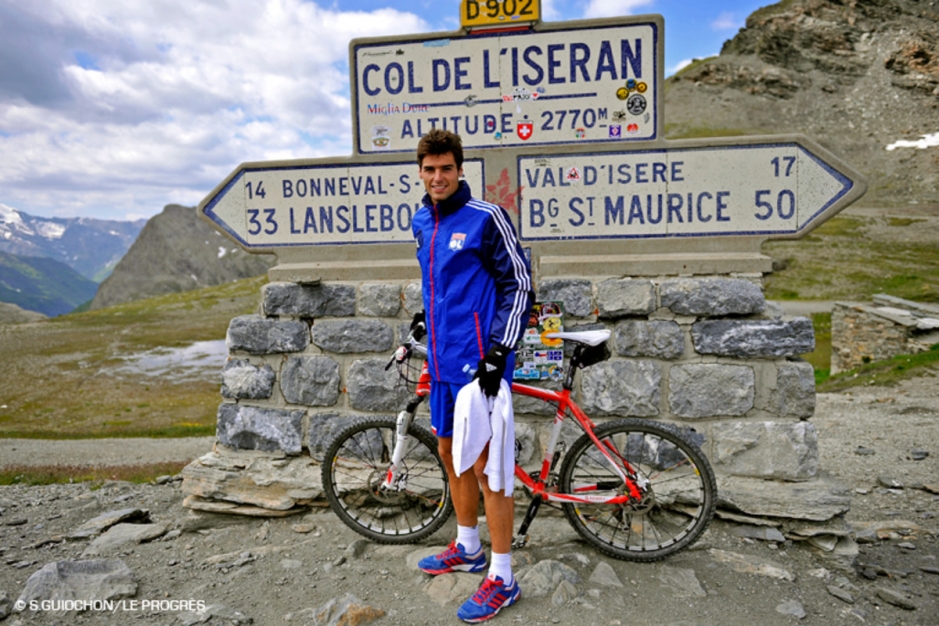 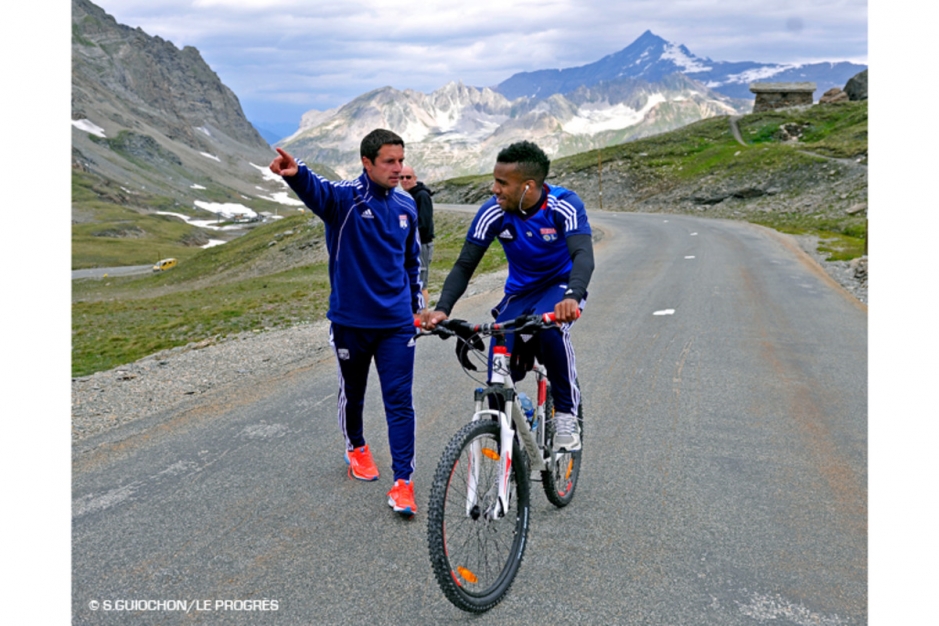 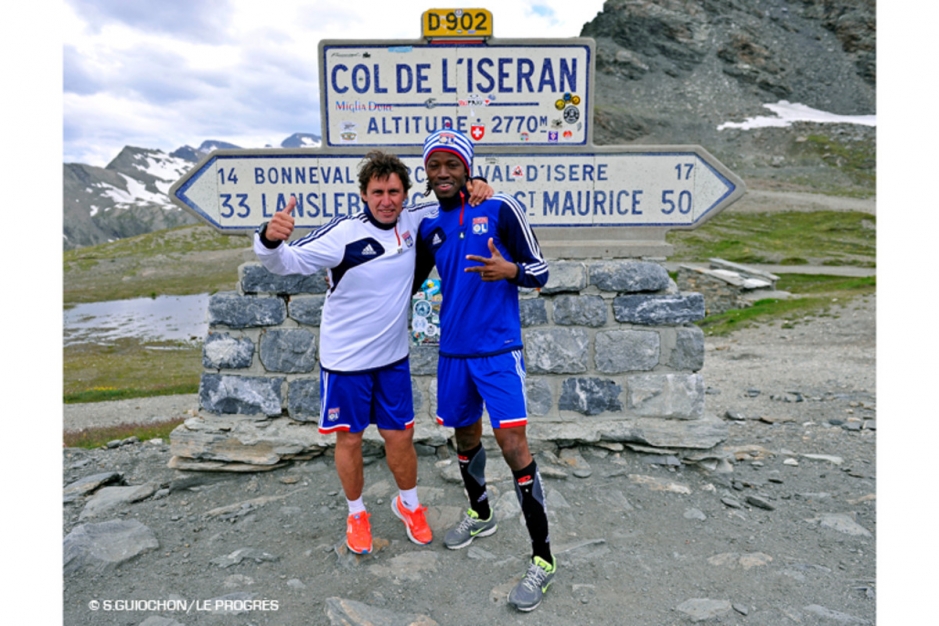 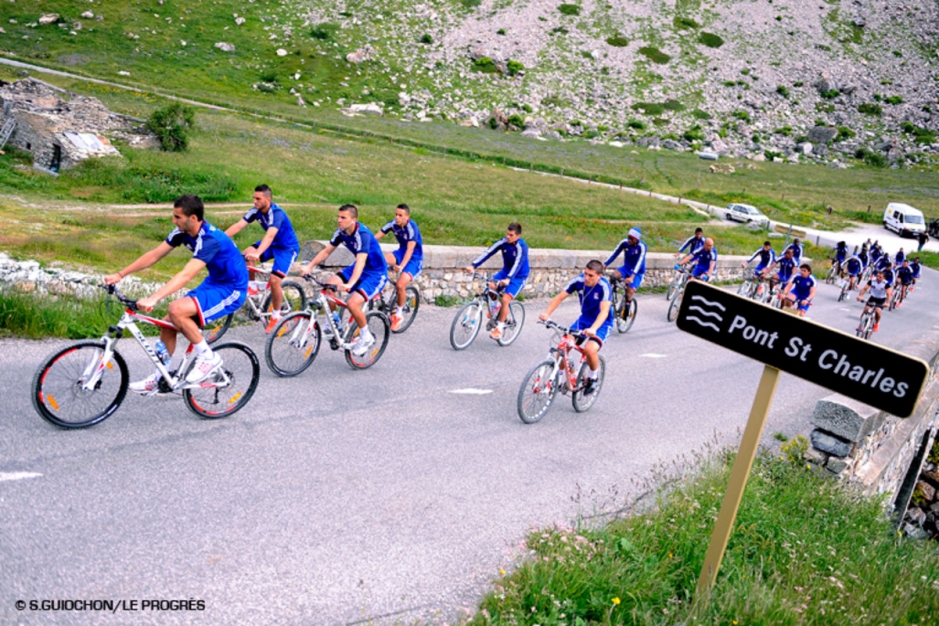 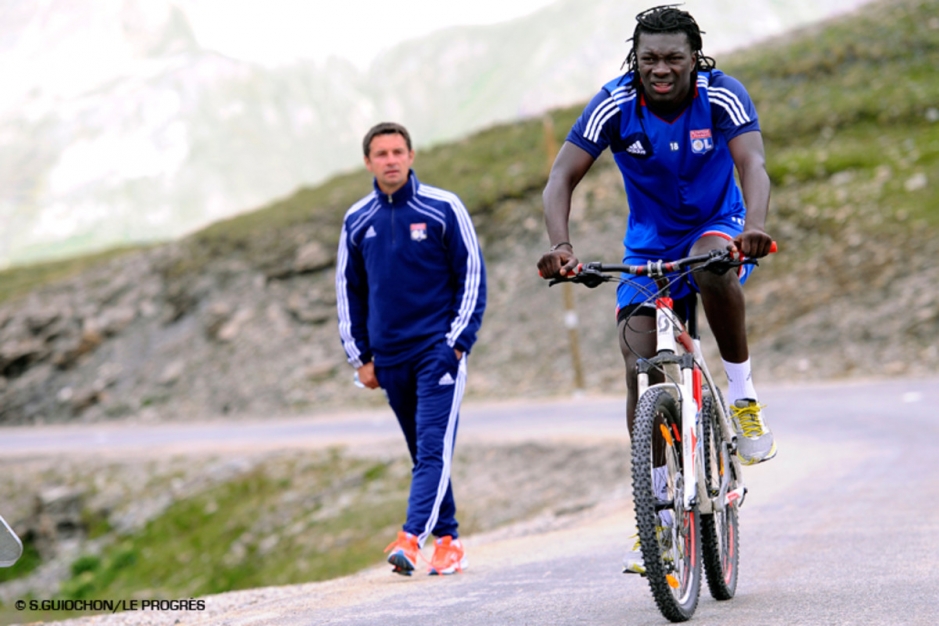 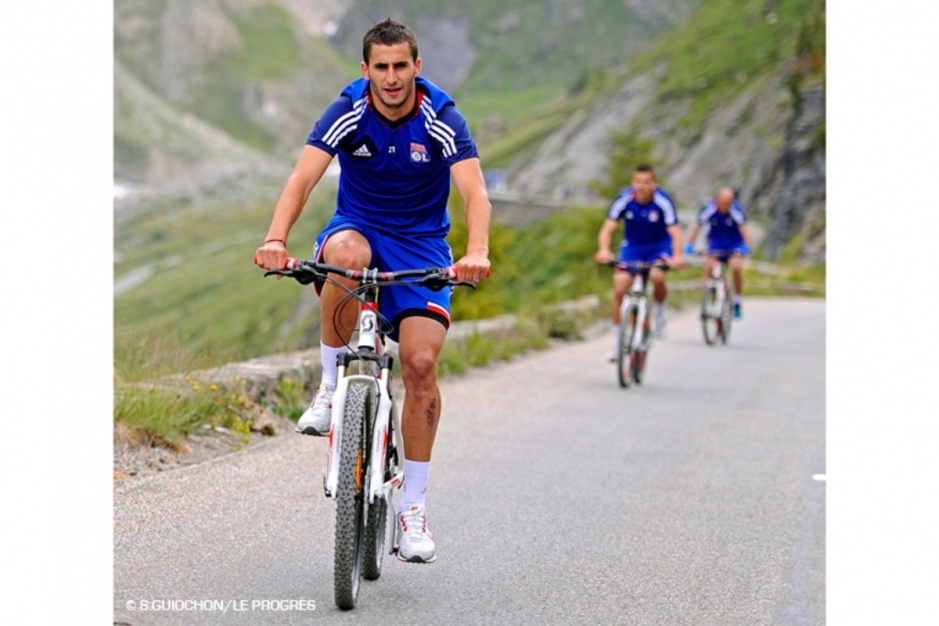 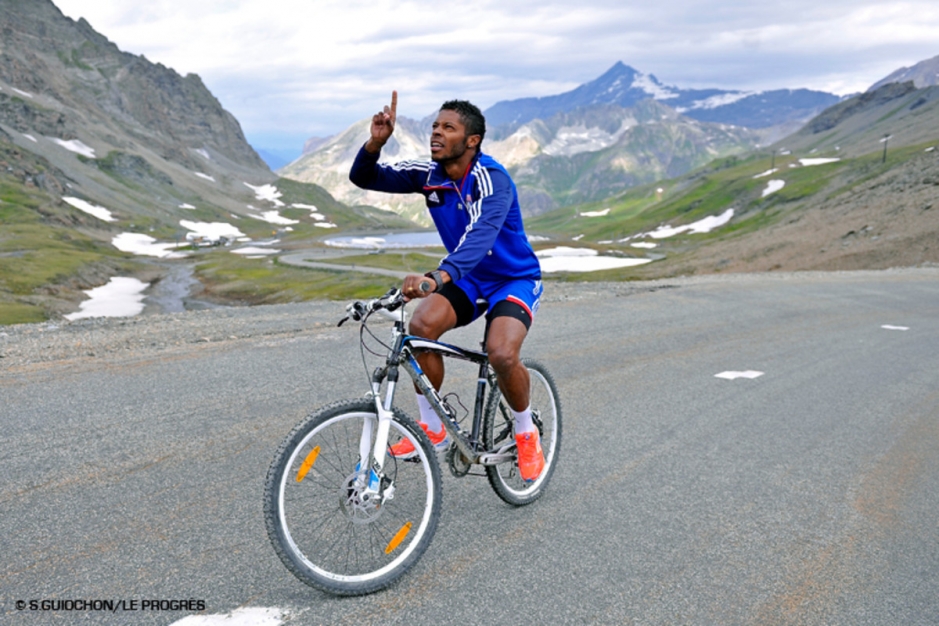 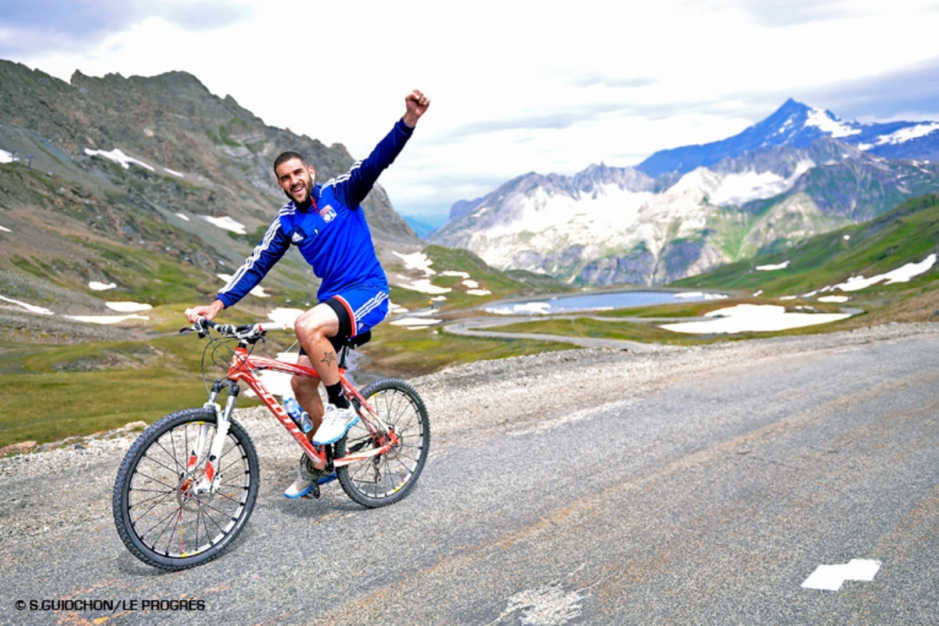 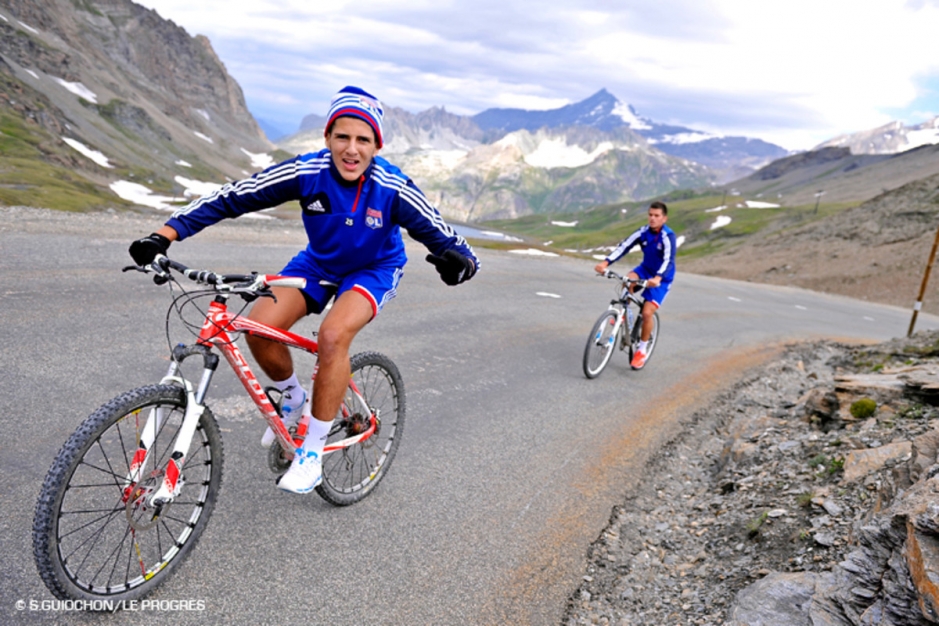 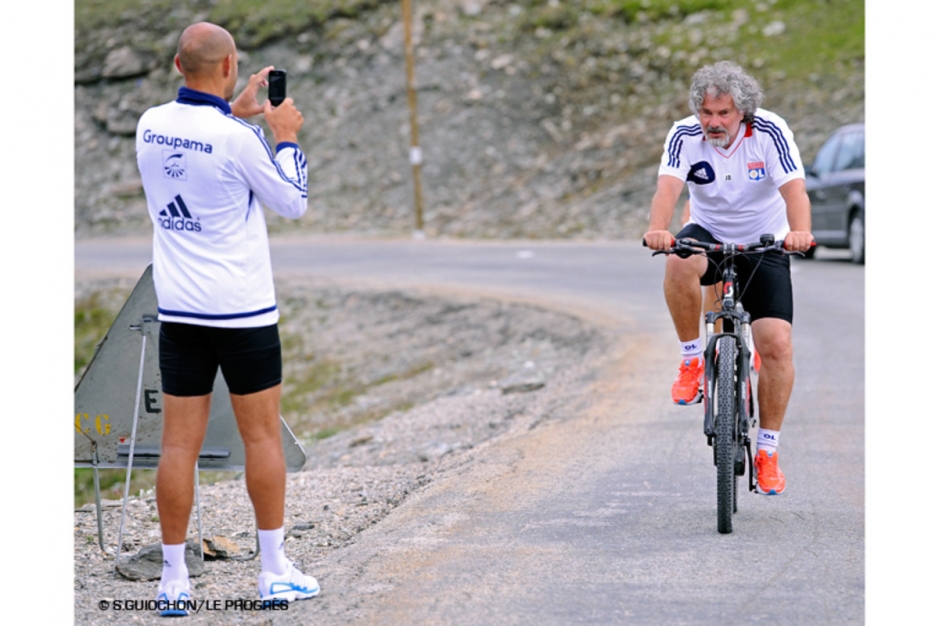 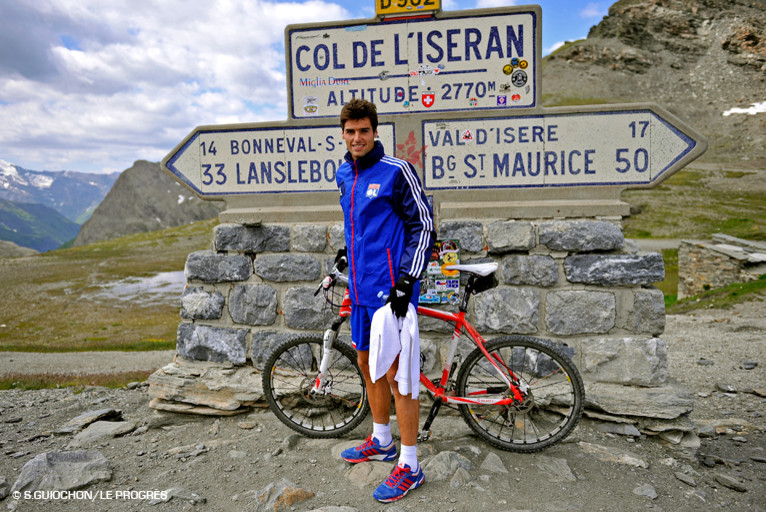 These infamous 11 kilometres are always the challenge of the Tignes training camp... And it was Yoann Gourcuff who won the race to the top in just over 50 minutes…

Even when you're just watching, you need to prepare yourself for such an ordeal! The preceding evening everyone was filling up on the carbohydrates at the traditional restaurant Mère Mao. The patron is a colourful character always takes her time when she has to do the cooking for OL! No point complaining or telling her you're in a hurry... She's the boss and isn't afraid put you in your place in you get out of line! Fortunately her waiting staff are used to her!

On Tuesday morning, the sun was shining over Tignes. At 9:15, Robert , the driver pulls up to the hotel. Direction: Le Pont  St-Charles and the start of the climb. Robert Duverne gives some words of advice: "be careful of cars, motorcycles... but otherwise, there are no risks for professional athletes... It's all in your head. You have to push your boundaries. The aim? Get to the top, in your own time..." Rémi Garde gives some mechanical advice to certain players... It's a grande première for Lisandro, Baki Koné and Gourcuff. The Brittany man is all smiles: "Apparently it burns a little!" Jo Bats takes off early with Bruno Génésio; Jo with a little motorised assistance. Those that want to focus in their own little world have the earphones in...

Right from the start, the peloton explodes. At the back of the pack Lacazette jokes: "All the black players are at the back!" Les Lyonnais are sharing the ascent with a group elderly riders on their racing bikes and Odile may be struggling but she is earning plenty of respect.

Up ahead, Yo is out on his own. The France international took off like an aeroplane and never looked like being caught. The further he climbed, the further his lead grew...  There were smiles... grimaces... Licha was singing on his bike to try and forget the pain. Two kilometres from the summit, the cold and the wind really start to hurt... Snow and rocks sum up the landscape... Higher still is the glacier... ever retreating...

At 2,770 metres above sea level... the summit! Yo Gourcuff can finally relax after a climb in 50 minutes and 45 seconds. He waited two and a half minutes to see his next rival in Doc Ohrant, followed by the physio Sylvain Rousseau… However it was a long wait for the last Olympian to reach the top... Bako Koné was not enjoying himself. He may well be the very first Burkina Faso international to have made the ascent... "#@*% that was hard!" He goes and gets his photo taken at the sign, with his teammates.

Dabo doesn't look so good, which provokes this from the Doc: "You're all white!" He was also the first Senegalese up the mountain. Gomis smashed his previous best time as did the old man Cris who finished in the first half for the first time! He was happy and let fly that it was certainly the last time he'd be riding up the hill... Rémi Garde maintained appearances with a respectable sub-one hour time.

There was no point hanging around in the wind and the snow. The players got back into the bus to get changed before heading down to Bourg-Saint-Maurice for lunch and an afternoon of white-water rafting. That sounds like a lot more fun!