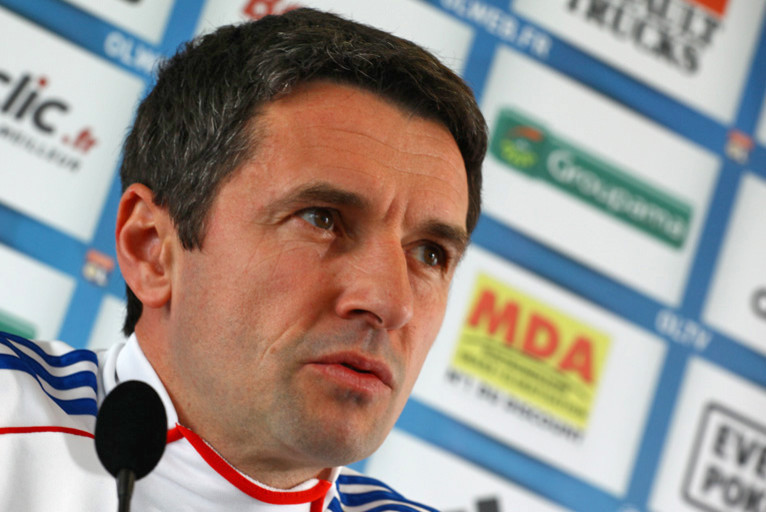 Immediately following the first training session of the new season, OL coach Rémi Garde fronted up to his first press conference of the new campaign...

Will this season's preseason be different to other years?

"We're heading back to Tignes, a place we know very well. It will be a big training camp that will last until 13 July. We'll have one more week to prepare compared to last year, but it won't be any easier. The aim is to be ready for the Trophée des Champions, the first objective, and ready for the start of the championship a week later."

How are you feeling?

"I'm probably feeling a little different to this time last season because the notion of everything being new is gone, but that doesn't mean I'm any calmer! This is always a very important period. I'm focused, watchful. We don't know what the squad will look like for the opening game, but we have to prepare the players we have, the team. Obviously it would be ideal to have the whole finalised squad, but that's rarely the case at this stage of the season."

There are no new faces at the club?

"This morning, most of the players here are young players from the club and region. But we all know that the transfer market is open until 4 September... We'll see..."

"We all know the rules of the game. I don't make the decisions, I adapt to the situation. Hugo leaving would be a loss. We'll wait until 15 July when he returns to training. If he leaves the club, it will probably be Rémy Vercoutre's turn in goal. That makes sense both on a sporting level and an economic level. We all know Rémy's qualities. He has always produced the goods when he's played. As first choice 'keeper, he will have a different challenge."

What are the profiles of player you're looking for?

"Players have to leave first. Depending on who leaves, we'll take players whose profiles suit and we'll try and balance the squad in certain positions, for example, with the wingers.

Will we see players loaned out again?

"We'll see... For the moment, I want to keep everyone and see how the younger players react. Young players often play well at the start of the season, but it's harder for them later in the season as the pressure mounts. It's also difficult to ask too much of a young player. I believe in the young players, you have to be positive with them. As for the departures, if it's an experienced player that leaves, it would be good to replace them with another player of comparable experience. Corgnet? He's a player with both a very good sporting profile and he's also a good guy."

What did you think of the Euro?

"Concerning the France team, you have two separate the first two games from the last two. They didn't do as well as we had hoped. I only saw things from the outside. I was disappointed by the result and two or three incidents. We have to have an exemplary image, but it wasn't all negative. We should ask the question, of all our clubs, to help reach this image we need. Overall, it was a positive Euro in terms of the football played and the attitude in which it was played. There was plenty of sportsmanship despite the high stakes."

What is the aim for the season?

"Qualify for Europe, the Champions League or the Europa League, and be conscious of the fact that Ligue 1 is our major competition."