Roland-Garros to top it off 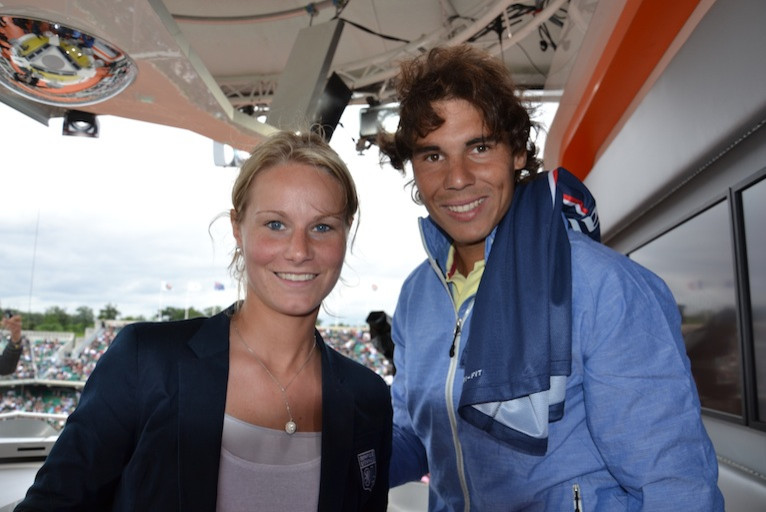 3-0 winners over Juvisy on Saturday, Olympique Lyonnais completed an historic treble with the French championship and celebrated in style in Paris. On Saturday evening, OL president Jean-Michel Aulas invited his players to dinner and then a few drinks in a famous Paris night club. It was a short night as the Minister for the Rights of Women, Najat Vallaud-Belkacem, met Les Lyonnaises in the morning to congratulate them.

The fabulous day in the French capital ended with an afternoon at Roland-Garros. Wendie Renard, Amandine Henry, Camille Abily, Elodie Thomis and Eugénie Le Sommer were invited on the daily sports show "Stade 2" alongside Raphaël Nadal. They were also invited to watch Novak Djokovic defeat Andreas Seppi (4-6, 6-7, 6-3, 7-5, 6-3), by their major sponsor GDF Suez.