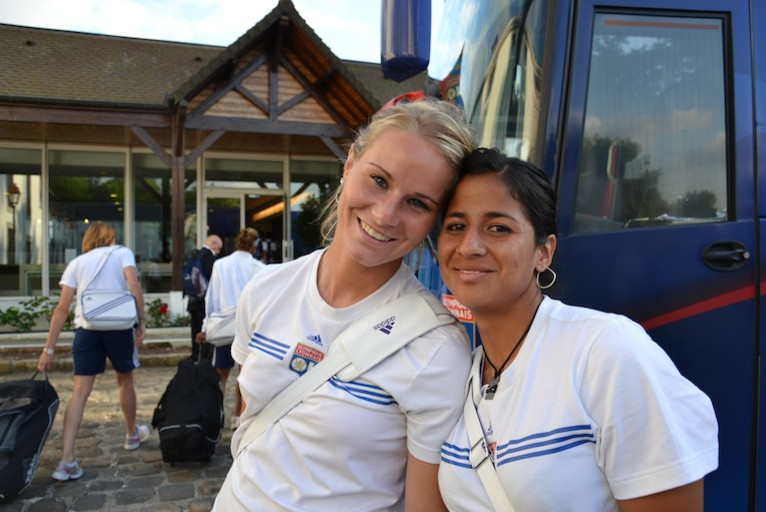 The Olympique Lyonnais squad arrived in the Parisian region on Friday evening on the eve of their first division 'grandfinal' against Juvisy.

After a last training session this morning in Lyon, the OL squad headed to Paris on the TGV. Coach Patrice Lair used the two-hour trip to watch the first match against Juvisy. Last December, OL were held 1-1 at the Stade Gerland, agaisnt the side that currently sit second on the ladder. OL dominated proceedings, but couldn't find the winner...

The 18 players arrived at their hotel near Massy, at around 20:00, in the men's team bus. Tomorrow history awaits with the possibility of completing an unprecedented treble!