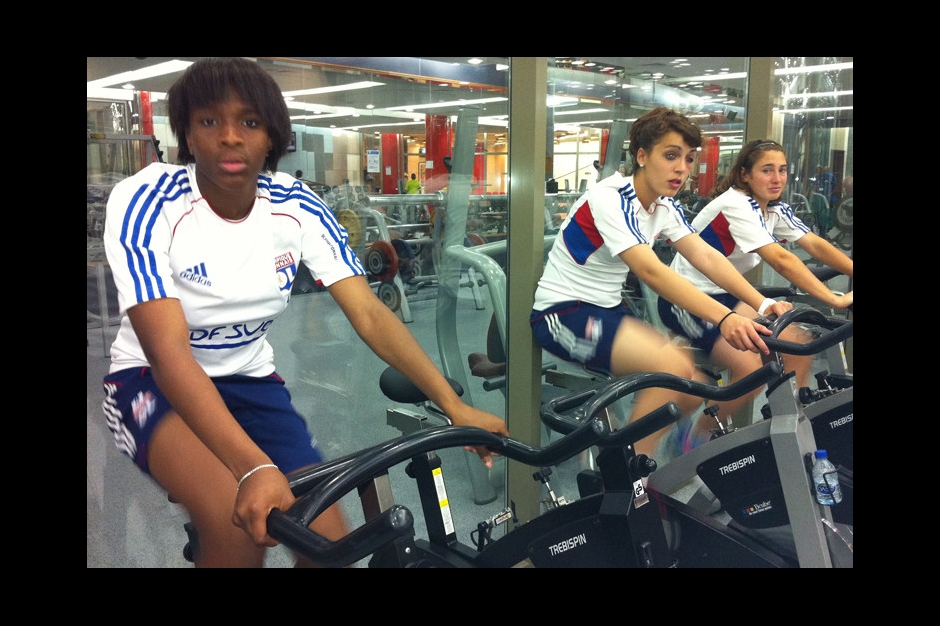 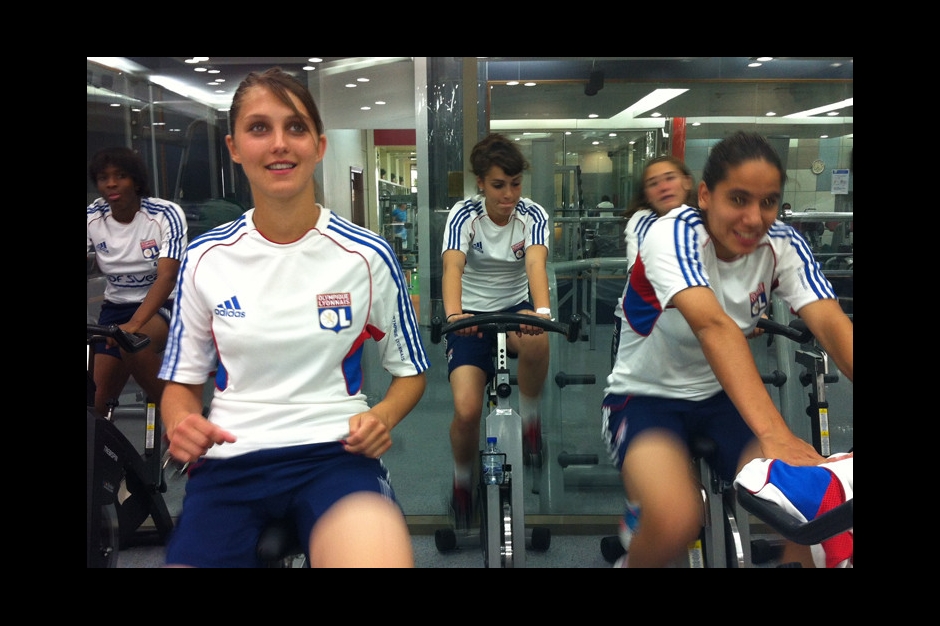 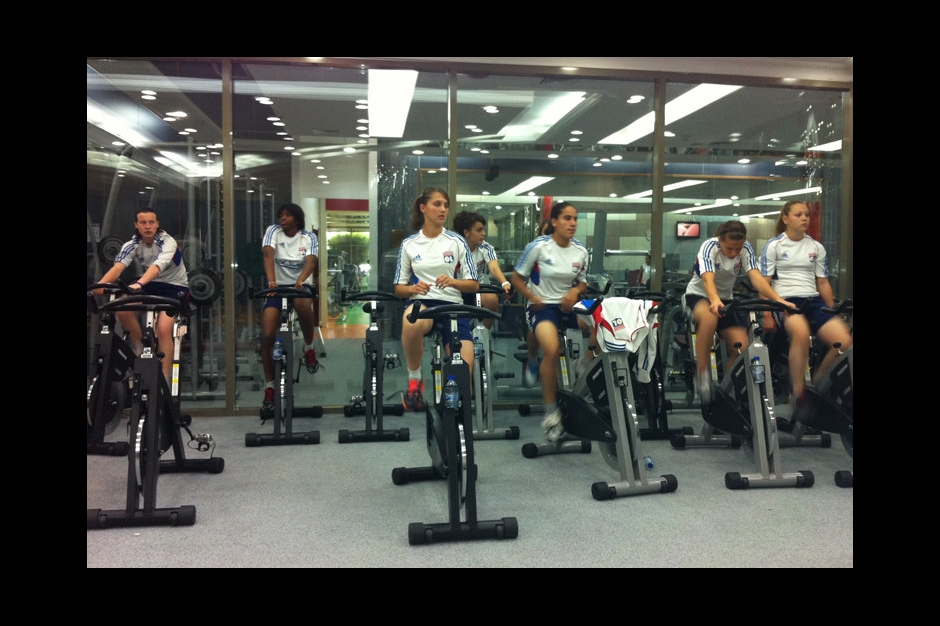 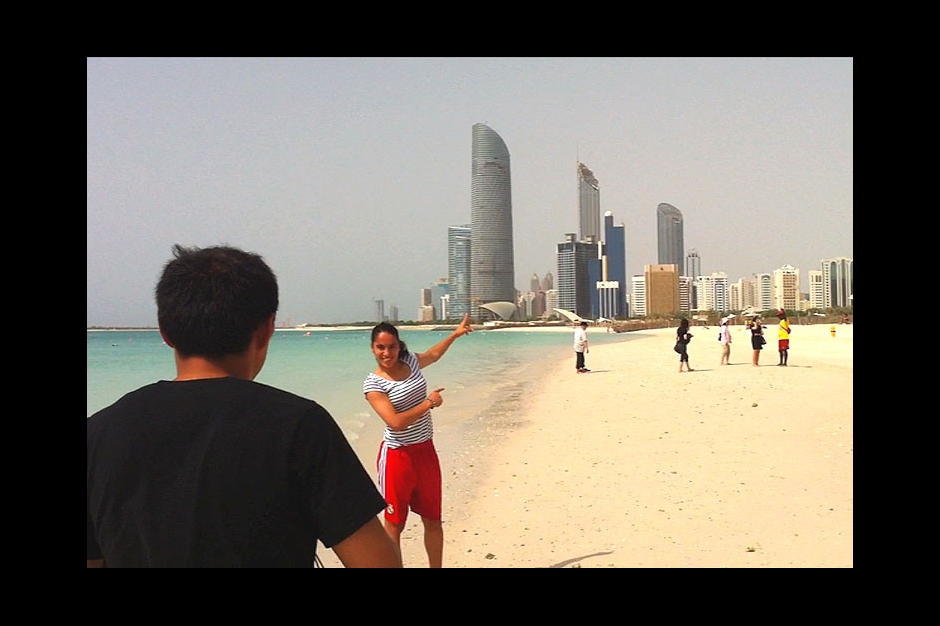 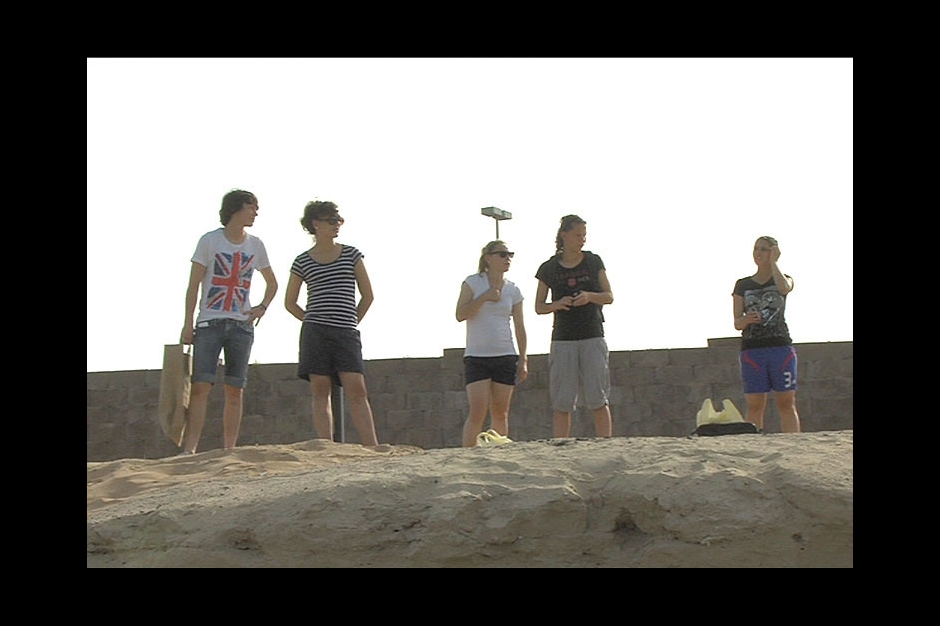 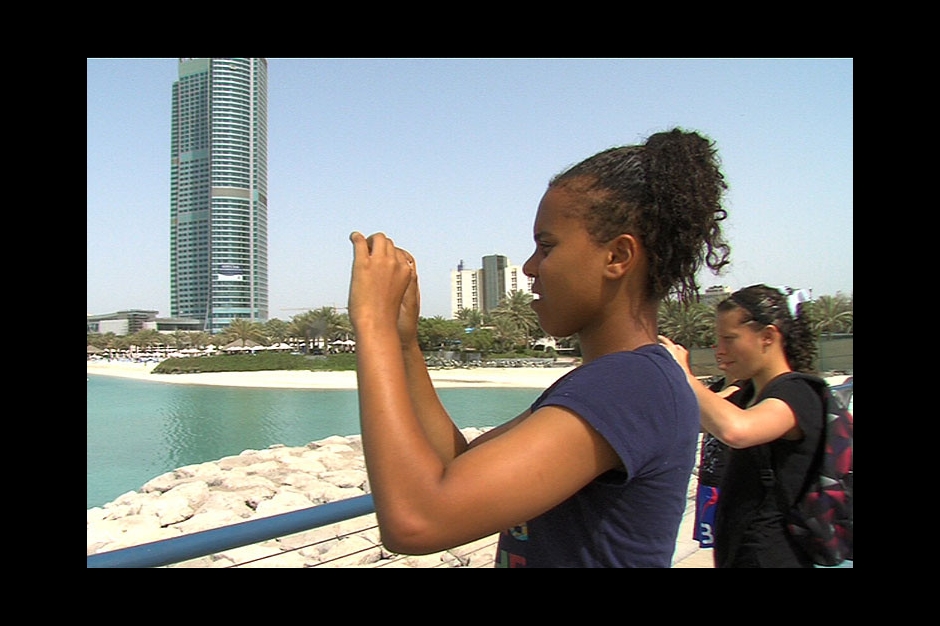 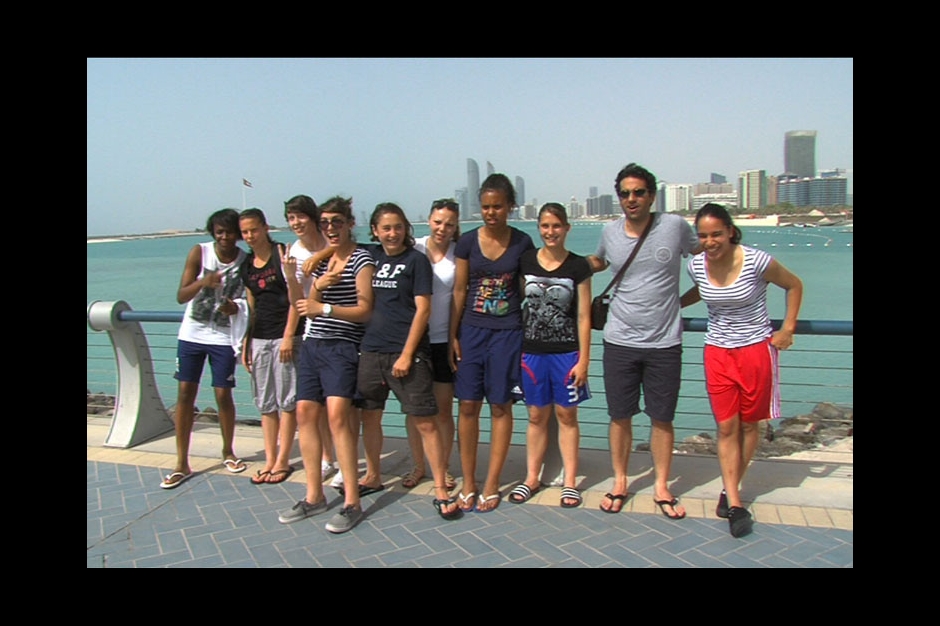 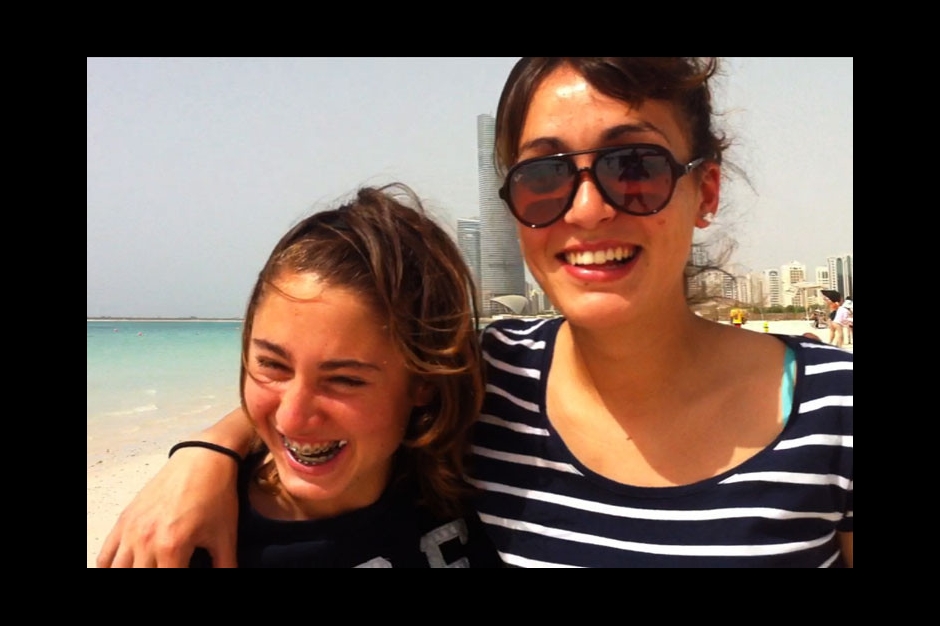 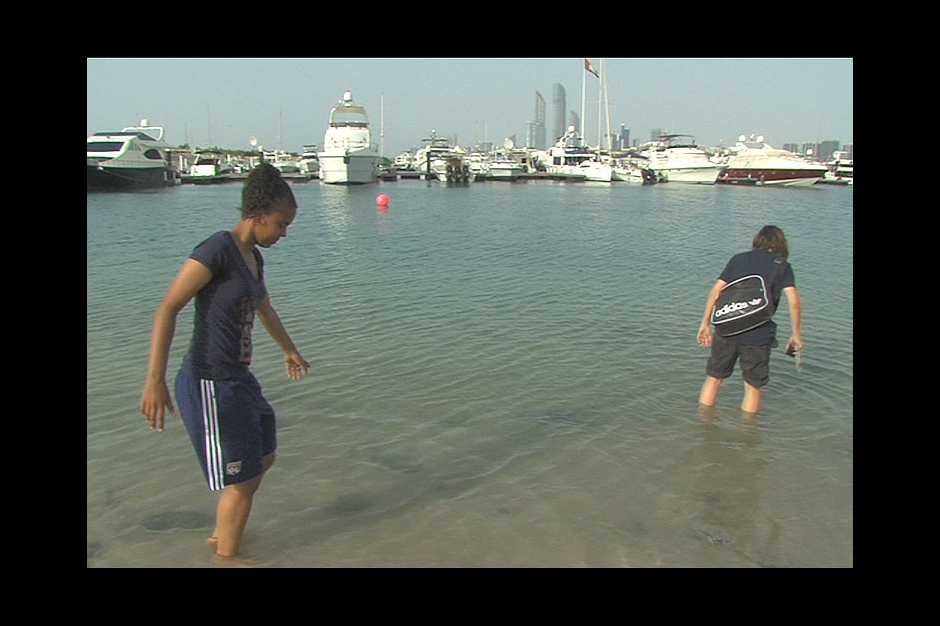 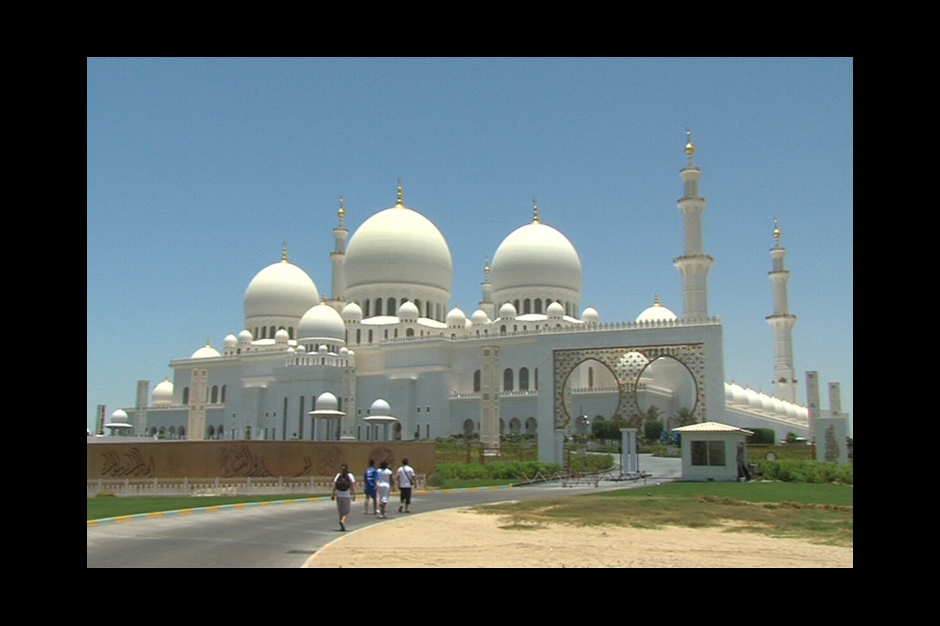 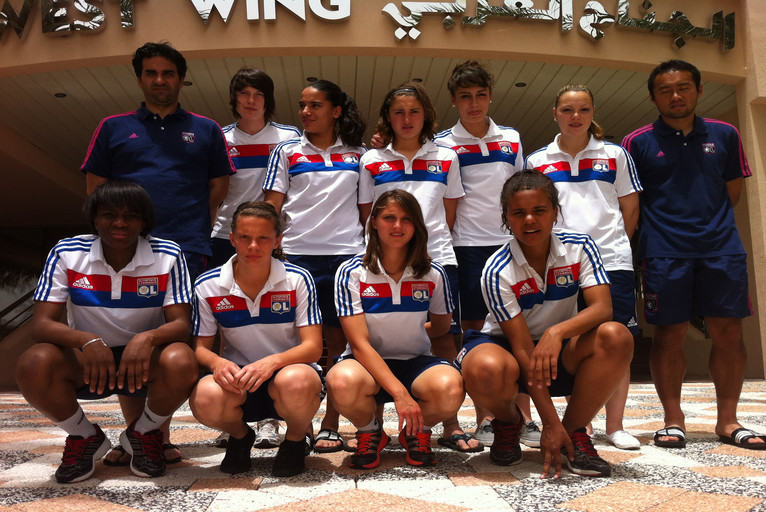 After a long night's travel, the Lyon delegation, comprising nine players, arrived in Abu Dhabi at 10:30am to take part in the Abu Dhabi Country Club International Tournament for Women.

This competition, which serves as a dress rehearsal for the Ramadan Cup (July 2012), brings together six teams in a mini-championship based on Futsal rules. Matches are played five v five on an artificial grass surface are feature two 20-minute halves, in an airconditioned indoor stadium (40+ degrees Celsius outside!).

For this first day in Abu Dhabi is dedicated to recovery, siesta and a light training session at 18:00 local time. Competition starts tomorrow at 21:00.