The champions at Gerland this Sunday! 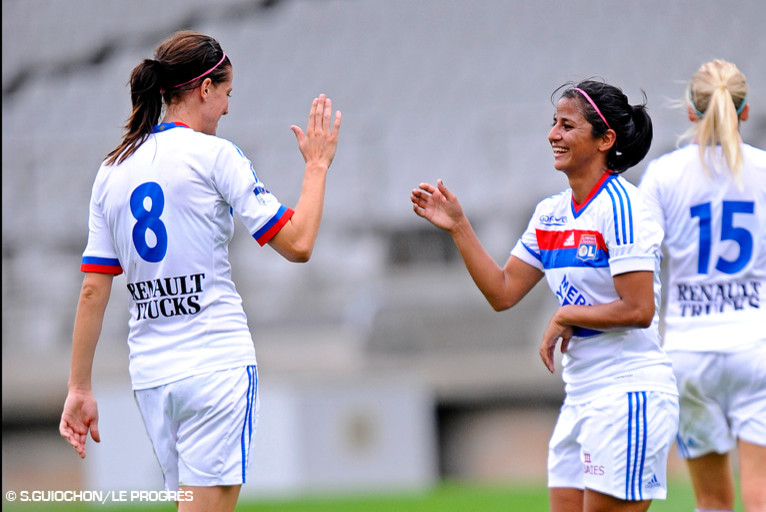 There's no time to relax for the freshly crowned European champions who take on PSG at the Stade Gerland this Sunday, at 15:00 CET, knowing that a win will keep them on track for an historical treble!

Crowned European champions on Thursday just four days after lifting the Coupe de France, Les Lyonnaises are back in action on Sunday at the Stade Gerland.

A win will send Sonia Bompastor and Co. back to the top of the first division, one point ahead of current leader, Juvisy. OL will then travel away to Essonne on the final day of the season on 2 June for a grand 'finale'. Befor then, there is also the visit of Vendenheim.

In the first game against PSG this season, Patrice Lair's side concneded a scoreless draw, denied on numerous occasions by former OL 'keeper Véronique Pons.