A great game despite the loss 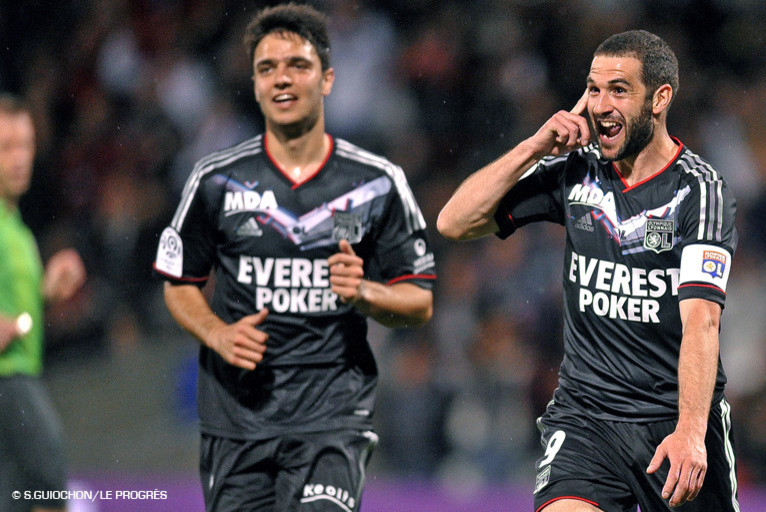 Olympique Lyonnais may have lost their last match of the Ligue 1 season, but there was still a great party atmosphere on Sunday as the Stade Gerland brought the curtain down on the 2011-12 campaign in style...

OL were intent to end the season on a high against a Nice side still fighting for their Ligue 1 survival as Rémi Garde went with the following starting XI: Lloris, Réveillère, B.Koné, Umtiti, Cissokho, Gonalons, Källström, Briand, Grenier, Lisandro, Gomis.

Les Gones were sporting their new black away jersey, their 'European' top for next season, baptised with success in the final of the Coupe de France last month. Despite the excellent atmosphere amongst the home fans in the ground, it was Nice that started the game the better. René Marsiglia's side hit the woodwork twice in the opening ten minutes before Civelli thought he'd given Le Gym the lead with a header, only to be ruled off side (12'). Set up by Kim Källström, Gomis then missed the target having rounded Nice 'keeper Ospina (17'). Les Gones then went ahead as Lisandro powered a header home from an Aly Cissokho cross (20'). Nice kept fighting though and Monzon hit the post for a third time moments later! OL then doubled their advantage with a blistering counterattack, led by Clément Grenier and finished off by Jimmy Briand who passed the ball home after eliminating ospina (26'). It was a stunning spectacle and Nice reduced their arrears when Monzon rifled passed Hugo Lloris from close range (30'). OL had gone to sleep and Coulibaly took full advantage to equalise from another mistake in the hosts' defence to equalise (36') as the two sides headed to the break all square at 2-2.

During half-time, the OL Women's team, freshly crowned European champions for the second successive season did a lap of honour - duly celebrated by the Stade de Gerland.

Nice then took the lead via a long-range Digard free-kick that Hugo Lloris misjudged. The OL players looked they may have already been on holiday in this second half. Sam Umtiti had a chance to equalise, but his last-ditch stretch lacked the power to beat Ospina (63'). Jérémy Pied replaced Bafé Gomis and was straight into the action with a shot that flashed just wide of the mark (67'). The match could have gone either way. Jimmy Briand then did equalise with a magnificent lob over Ospina from a tight angle. Only for Gonçalves to fire Nice 4-3 up seconds later with a stunning ruin through the OL defence (73'). Briand had a chance to make it four-all but screwed his shot wide from close range. Making his first appearance in the first team, promising youngster Yassine Benzia came on (86'). Despite the defeat, it was still a great evening and a fitting way to end the 2011-12 campaign...