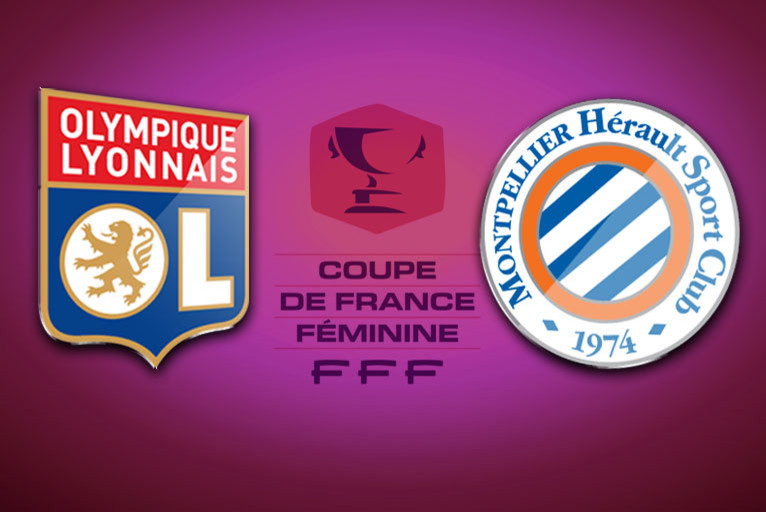 In front of more than 7,000 fans in Bourges, OL Women defeated Montpellier HSC 2-1 to lift the Coupe de France.

It's over!! OL Women emulate their male counterparts by lifting the Coupe de France thanks to a 2-1 win over Montpellier HSC. Thanks to an early Lotta Schelin brace, Les Lyonnaises led 2-0 at half time and despite Montpellier pulling a goal back with 15 minutes left, OL were able to hang on!

86': Yellow card! The first of the match goes to Montpellier's Viviane Asseyi.

84': After good work from Rosana, Le Sommer half volley's wide of the Montpellier goal.

77': Montpellier score through Marine Pervier, heading in Lattaf's cross. Bouhaddi was beaten at her near post. Still 2-1 for OL!

64': OL are in control but get a scare when Hoda Lattaf crosses for De Revière whose volley flashes just wide of the goal. Les Lyonnaises maitrisent les débats !

Half-time: Patrice Lair's side lead 2-0 at the break after a stunning start saw Lotta Schelin net twice inside 15 minutes.

44': Another one-on-one between Lotta Schelin and Laetitia Philippe, ends in the Montpellier 'keeper's favour.

20': Schelin on fire! Played in on goal, the Sweden forward just misses out on her hat-trick.

13': A double for Lotta Schelin! At the end of some lovely skill in the Montpellier box, the OL striker checked passed her marker before her left-foot shot beat Laetitia Philippe. 2-0 for OL!

1': After a wonderful through ball from Camille Abily, Lotta Schelin beat the Montpellier 'keeper with a cool right-footed finish to net her 100th OL goal. 0-1!