Lloris: 'Keep up this enthusiasm' 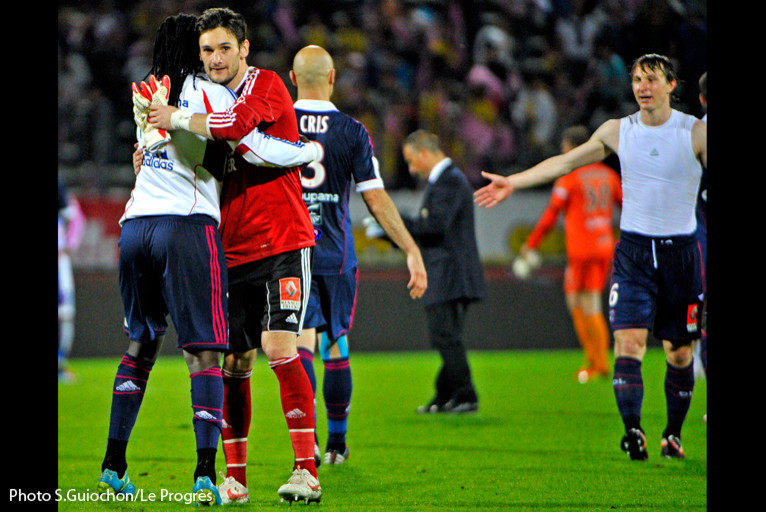 Check out all the reactions from the OLTV Bus after Olympique Lyonnais' 3-1 away win over Evian-TG in the rescheduled Week 34 game...

Jimmy Briand
We played well tonight. We showed good patience in getting our goals. We want to get as many as points as possible. The atmosphere in the squad is good and that bodes well for the future. It's always a bonus to score, but the main thing was to get the win and make sure we finish the season in fourth place.

Hugo Lloris
It was a tough game. Evian opened the scoring and we were a little inconsistent in the opening few minutes. In the end, and overall, we controlled things pretty well, never panicked and got the result we needed. It was a deserved victory. It was good fun and we need to keep up this enthusiasm. Our aim for the end of season is to earn more pints than we did last season.

Bafétimbi Gomis
Evian aren't an easy team to play against. They knock the ball around and are playing without any pressure because they're safe from the drop. The start of the game was a little strange because we didn't really know how to take them, but we finished the first half on top. After last Sunday's performance, we knew we had to make up for that and we did! We want to finish the season on a high!

Alexandre Lacazette
I'm happy to have scored my tenth goal of the season. We needed to bounce back after the Brest game last weekend. We made a poor start but we were able to fight back and equalise before half time. Now we have to win our two remaining games against Ajaccio and Nice. For my goal, I could hear the bench telling me to go it alone. Lisandro asked me if I wanted to take it. It was important for me after missing my penalty against APOEL Nicosia in the Champions League. I'm pretty happy with my season. I'm a product of the club and its supporters. But I can still do better. It all bodes well for next season."

Jean-Michel Aulas
Hugo Lloris made some decisive saves. He has always stood up in the important moments this season. Concerning my reaction after the result last weekend, the role of a president is to reflect the feelings of the fans and football lovers. My biggest disappointment was that we weren't enjoying our football. Sport is meant to be fun. We have to show more enthusiasm for all the young people that love the club. We have to show that we love playing football for OL. I'm happy this evening because this win cements our fourth place. This season we reached the finals of the Coupe de France and the Coupe de la Ligue and we had to play against Ruben Kazan and Dinamo Zagreb that were not easy ties. Overall, it's been a good season. All these matches have taken their toll physically. Today our status has changed. Obviously I'm disappointed to have missed out on next season's Champions League, but you have to change with the times.