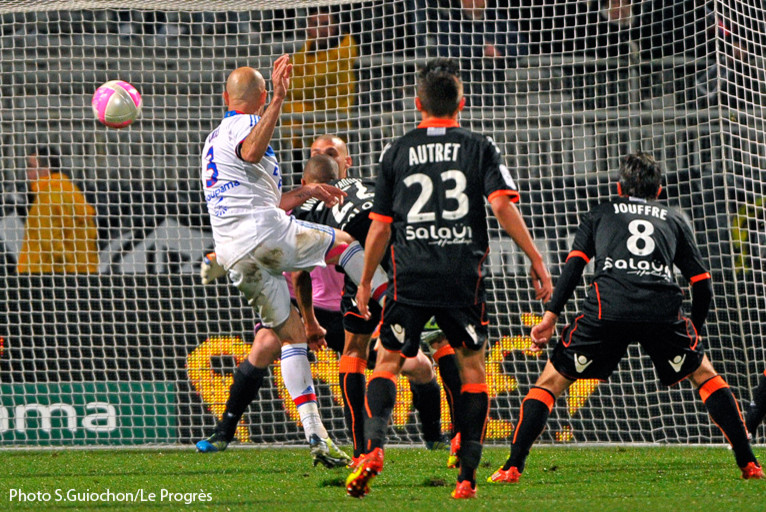 Olympique Lyonnais produced a remarkable comeback by scoring twice in the last ten minutes to turn around a 2-0 deficit and run out 3-2 winners over Lorient on Sunday...

Les Olympiens set up camp in Lorient's half of the field right from kick-off, thanks a lively left-flank where Aly Cissokho was sending over a series of dangerous crosses. Kim Källström tried his luck from 20 metres out, but missed the target. Moments later an injured Lorient 'keeper Fabien Audard was replaced by Chaigneau (16'). Despite dominating the opening exchanges, Rémi Garde's side just lost their concentration. The visitors didn't need a second invitation and opened the scoring through Monnet-Paquet who got on the end of a deadly counterattack (21').
OL were caught out at the back, and it was an identical error that saw Les Merlus double their advantage when a completely unmarked Autret raced through to score (25'). OL were flirting with danger, but managed to reduce the arrears when Grenier's corner was flicked on by Lovren to Cris who volleyed home (38'). Despite the home side's goal, the Brittany visitors still looked dangerous on the counterattack, with Mathias Autret involved in everything good for Lorient. OL headed to the break a goal down.

After the break, Lyon pushed hard for the equaliser. Kim Källström stung the palms of Chaigneau with a curling shot (49'). Clément Grenier made way for Bafé Gomis (52'). Jimmy Briand was replaced by Yoann Gourcuff. For long periods, the Lyon attack struggled to upset the Lorient rearguard. The substitutes conbined when Bafé Gomis was set-up by Yoann Gourcuff but the striker dragged his shot wide (75'). Seconds later, Lisandro took advantage of a quickly-taken free-kick to fire past Chaigneau (77'). Les Gones had their tails up. From a Gourcuff corner, Bafé Gomis was the quickest to react to a goal-mouth scramble to push the ball home. From 2-0 dowm, Rémi Garde turned things around to win 3-2.