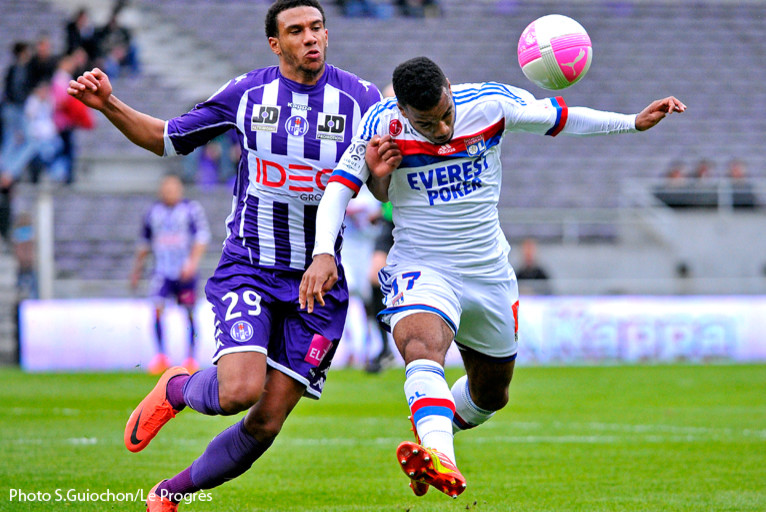 Olympique Lyonnais conceded two quick-fire goals and were never able to recover, going down 3-0 to their bête noire Toulouse in their rescheduled Week 32 clash...

Rémi Garde's side were looking to make up for their lacklustre performance three days earlier in the Coupe de la Ligue final against OM. The final sprint finish is underway and every point is crucial as OL lined up as follows: Lloris, Dabo, B.Koné, Cris, Umtiti, Gonalons, Grenier, Briand, Källström, Gomis, Lacazette.

Les Lyonnais had slightly the better of the opening exchanges, but it was the TFC that opened the scoring. Dabo's hesitation was pounced on by Sirieix who slammed the ball home from close range (9'). Les Gones tried to bounce back immediately, but Clément Grenier's free-kick was comfortably dealt with by Ahamada (11'). OL slowly wrestled back control of proceedings, but were caught out a second time on the counterattack as Rivière headed home a cross from the right to double the home side's lead (22'). After a long range effort that required two attempts at saving, Alex Lacazette tried to lead his teammates back into the game. OL tried to force the issue, but Toulouse looked dangerous every time they broke forward and Hugo Lloris was forced to save at the feet of Rivière as the game threatened to get away from the visitors (35'). Despite a final chance with Gomis heading over, OL headed to the break two goals down.

Briand and Gomis made way for Bastos and Lisandro at the start of the second half and the Brazilian was straight into the action, hitting Grenier's cross on the half-volley, but straight at Ahamada (55'). Rémi Garde's players set up camp in Toulouse's half, but the hosts defence held firm.  At the other end, Sissoko went close to killing the game off as a contest with a curling effort from just inside the area (61'). Yoann Gourcuff came into the fray for his first Ligue 1 appearance of 2012. Lyon's best this evening Alex Lacazette against tried his luck from distance with a shot that flashed just wide of the mark (66'). The killer blow always looked possible and it duly arrived in the final seconds when Bulut took advantage of a questionable off side decision and raced clear, beating Hugo Lloris to complete the scoring. One last effort from Alex Lacazette failed to get OL on the scoreboard.