Lair: 'We did French football proud' 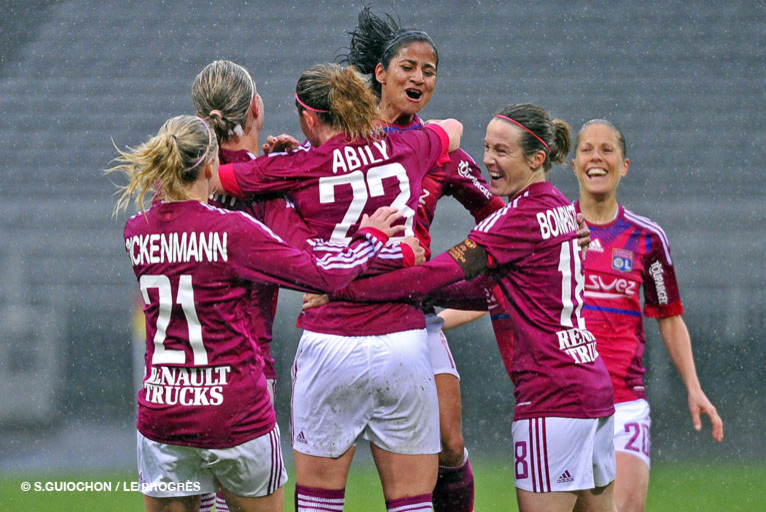 Check out who said what after OL's stunning 5-1 win over Potsdam in the Champions League semi-finals!

Wendie Renard: "The weather conditions really weren't easy, but we were very solid at the back. The only negative thing about tonight is that late goal we conceded. We have a four-goal lead. We have to be careful, it's only the halfway point of the two-legged tie."

Camille Abily: "The rain kind of ruined the show. We're disappointed that Potsdam scored that goal. But if you'd told me before kick off that we were going to win 5-1, I would have signed for it straight up! Now we have to get straight back to work and fix up those mistakes we made because we have another long 90 minutes to go."

If you'd told me before kick off that we were going to win 5-1, I would have signed for it straight up!

Patrice Lair: "I really regret conceding that late goal. We adapted well to the conditions. We have taken a big step towards qualifying for the final. We have to stay focused and maintain this level of play. We'll be going to Germany looking to score more goals. We exuded strength and confidence out there today and played short and long. It was a huge match in terms of the physical challenges. This team from Germany is the very top and we played well, and did French football proud. It's not every day that you can beat Potsdam by this kind of scoreline."

Jean-Michel Aulas: "That was an excellent all-round performance. The team worked very hard, was excellent both technically and tactically on a very difficult pitch. We even had the chance to score one or two more goals. Potsdam played very well and I take my hat off to them. For the return match, the most important thing will be to keep our feet on the ground. I'm expecting a very tough return leg in Germany, a real fight."