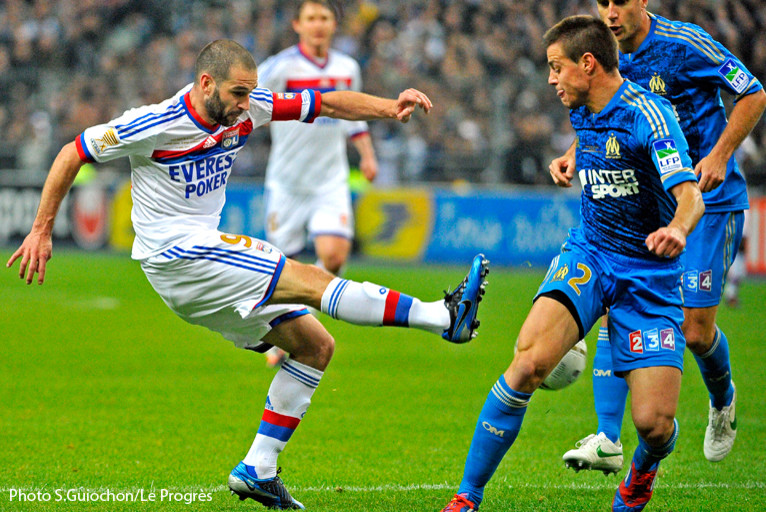 At the end of a tight and tense 120 minutes, Olympique de Marseille emerged 1-0 winners over Olympique Lyonnais at the Stade de France to lift to the Coupe de la Ligue.

It's only a great final when you win it! That was the leitmotiv of the OL staff and players as they went into the first of two finals this season. This Olympic battle in the Coupe de la final had tension written all over it. Les Lyonnais were riding a wave of good results since their loss in Cyprus while Les Marseillais came into the game on the back of 12 matches without a win. Rémi Garde went with the following starting XI: Lloris, Réveillère, Lovren, Umtiti, Dabo, Gonalons, Källström, Briand, Bastos, Lisandro, Gomis.

It was a nervy opening with plenty of free-kicks in the middle of the park, most of them from OL. After 30 minutes of play, neither side had managed to create a serious goal-scoring opportunity. Even when Steve Mandanda made a meal of a Källström corner, no Lyon players were able to take advantage (30'). A cross-cum-shot from Michel Basots was almost finished off by Lisandro, and then Bafé Gomis but it flashed across the face of goal. The 80,000-strong crowd in the Stade de France were being treated to a classic tactical battle where neither side wanted to take risks.

The second half began as the first had ended. Bafé Gomis was knocked off balance in the OM box, but not enough to warrant a penalty, according to the referee (54'). A hesitation in the OL defence from a free-kick almost let in Ayew from close range (59'). Valbuena tried his luck from distance but a vigilant Hugo Lloris saw it past the post. Moments later, Amalfitano got his head on the end of Valbuena cross, but Hugo Lloris was just able to turn it onto the post (64'). Clément Grenier replaced Michel Bastos as the two teams continued to cancel each other out as the match went in to extra time...

Jimmy Briand then had OL's best chance of the match, getting on the end of Réveillère centre, but the OL winger couldn't hit the target with his half-volley (102'). Just before the end of the first period of extra-time, Brandao, set up by Cheyrou, turned Samuel Umtiti before firing home left-footed, through the legs of Hugo Lloris (105').  Les Marseillais were on top. André Ayew found Hugo Lloris in his way with another header (106'). Bizarrely, the referee, Monsieur Lannoy, failed to award a penalty for a foul on Alex Lacazette with just minutes left (117'). On the other hand, Dejan Lovren was deservedly sent-off in the final seconds as the Cup chose its camp... the wrong one!