The run continues with new win 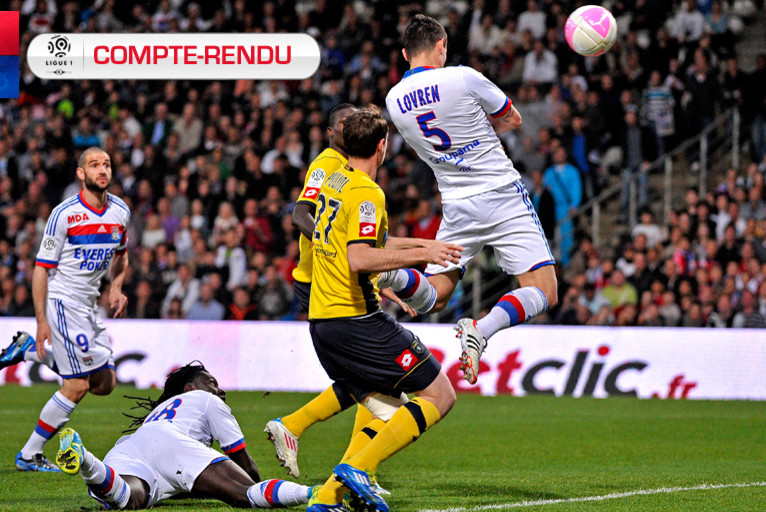 Olympique Lyonnais held off a fast-finishing Sochaux to win 2-1 on Saturday - a fourth consecutive win Rémi Garde's side.

Coming into the game off back-to-back Ligue 1 triumphs over Lille and Saint-Etienne and then qualifying for the semi-finals of the Coupe de France at the expense of PSG, Rémi Garde named the following starting XI for the visit of second-from-bottom Sochaux to the Stade Gerland: Lloris, Réveillère, Lovren, Umtiti, Dabo, Gonalons, Grenier, Källström, Bastos, Lisandro, Gomis.

After a minute's silence for the victims of the recent shootings Montauban and Toulouse, the match began at a cracking pace. With a first free-kick, Kim Källström picked out the head of Dejan Lovren who beat Richert from close range (3'). The Stade Gerland erupted in celebration of the early strike, however the opening goal sparked the visitors into life and Boudebouz created an opportunity, only for Hugo Lloris to produce a stunning stop to deny the No.10 (20'). Les Gones carved out several presentable openings through Lisandro and Bafé Gomis, but without troubling the scorers (33'). A quickly taken Sochaux free-kick played in Marvin Martin, but he too was denied by Hugo Lloris from a tight angle (41'). Michel Bastos, ducked and weaved his past Sauget and into the area before shooting at Richert. Just moments before the half-time break, Martin crashed a magnificent 20m shot against the OL crossbar - thanks to another crucial tip from Lloris.

Gueida Fofana replaced Clément Grenier at half-time and Les Gones emerged from the dressing rooms intent on extending their lead. After a raid down the left and an exchange of passes with Källström, Dabo crossed for Licha, but the Argentine's left-foot effort didn’t hit the target (56'). However, Rémi Garde's side made the breakthrough just moments later. Antho Réveillère slid the ball in for Bafé Gomis' perfectly-timed run and the France international lifted the ball over Richert and into the back of the net (65'). Unfortunately the two-goal lead didn't last long as Maiga  got in behind the defence, rounded Hugo Lloris and past the ball into an empty net (71'). OL relied on it's defensive foundations to hold on for the victory as Mou Dabo and Co. stood firm as the visitors pushed for an unlikely equaliser. In the end, OL ran out 2-1 winners and pocket a precious three points to go with it.