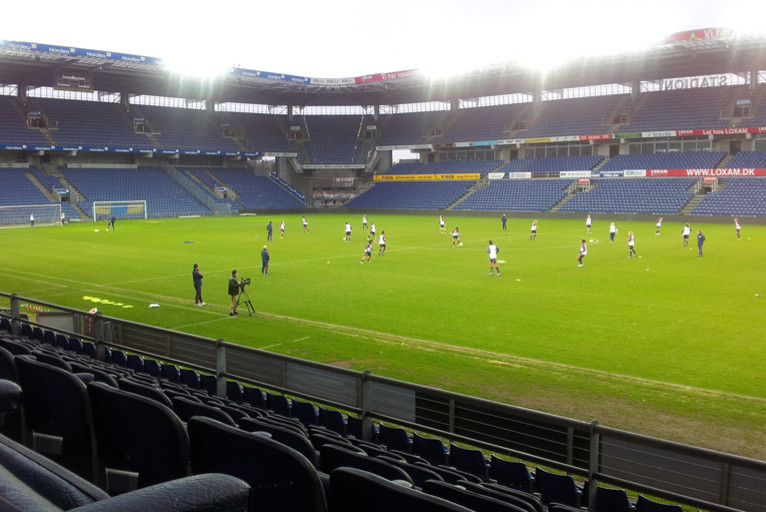 Olympique Lyonnais Women trained at Brondby Stadion on the eve of their Champions League quarter-final second leg clash, looking to preserve their 4-0 advantage from the first game...

The Lyon squad trained at Brondby Stadion at 17:30, in the traditionnel pre-match session. The beautiful 29,000-seater was built in 1965 and most recently renovated in 2007. It's a similar stadium to that of AZ Alkmaar, where Les Lyonnaises won 2-1 last season in coach Patrice Lair's  European debut with OL. Approximately 3,000 spectators are anticipated for the game.

Despite their 4-0 win in the first leg, and the turnover planned, the Lyon coach insisted his players remain focused on the match and the season objectives. Sonia Bompastor and Co. trained with the ball before some speed work and then a small sided practice match. It was a first chance to see the skills of new Japanese recruit Ami Otaki, named in the squad for the first time and who could make her OL debut tomorrow night.