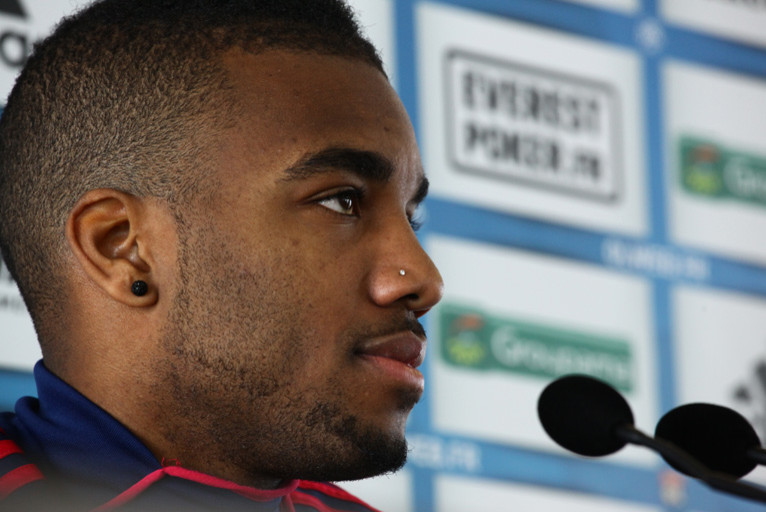 Alexandre, can you tell us a little bit about next Saturday's derby versus ASSE?

It's a great tradition and it will be important to win to overtake them in the standings. All the way through the academy teams I played one or two derbies every season. I don't think I've lost one since I was 12 years old and a game at the training complex at La Plaine des Jeux de Gerland. The players that don't originally come from OL don't necessarily feel it, but the fans are there to remind us all! Saint-Etienne might be ahead of us on the ladder, but it's not finished yet. We're not obsessed with ASSE either - it's our league position that should be better, that's all. It's true that the first derby was a bit of turning point for me cause I played well and it was the launching pad for my season.

Does Lyon have more to lose than Saint-Etienne in this match?

It's true that if we lose, our season will get a whole lot harder for us. Like against Lille, it will be very important to win. Over the last ten seasons, this club has won practically everything so expectations are high. But there's no reason to put more pressure on us than we need to, even if it is a derby, we'll approach it like any other game. As for finishing in the top three, as long as it's mathematically possible, we'll keep fighting and I will believe we can do to the end.

On a personal note, how do you rate your season so far?

The coach has confidence in me. I've been lucky enough to start or come on in a lot of matches. I try and repay that confidence he shows in me. I think I've improved a lot this campaign. The work in training is paying off and I've found my place within the squad. Scoring the winner against Lille was great. It's given me a real second wind and I'm looking forward to the coming games.