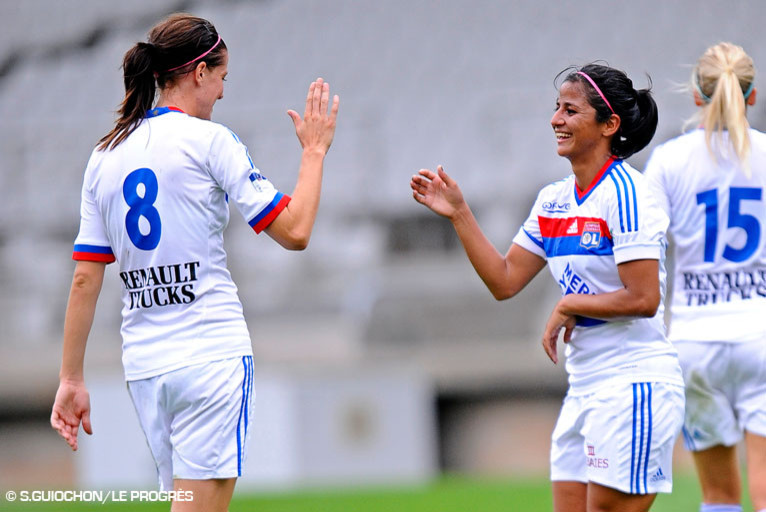 Les Lyonnaises ensured the hierarchy was respected as they qualified for the quarter-finals of the Coupe de France, sweeping aside their amateur opposition...

In front of 2,500 spectators, and in ferocious winds, Olympique Lyonnais were never headed on Sunday afternoon. Against amateur lower division side Sanne Saint-Romain, Patrice Lair's players opened the scoring early on through Rosana. Despite missing several rested internationals (Bouhaddi, Bompastor, Abily, Franco, Le Sommer...), OL were up 5-0 at half-time before eventually running out comfortable 7-0 winners. Lotta Schelin and Sandrine Bretigny both netted braces, while Aurélie Kaci and Elodie Thomis also got their names on the scoresheet.

The victory qualifies Les Lyonnaises for the quarter-finals of the Coupe de France, and also provided the ideal preparation for the Wednesday's visit of Brondby, to the Stade de Gerland (19:00), in the Champions League quarter-final first leg.