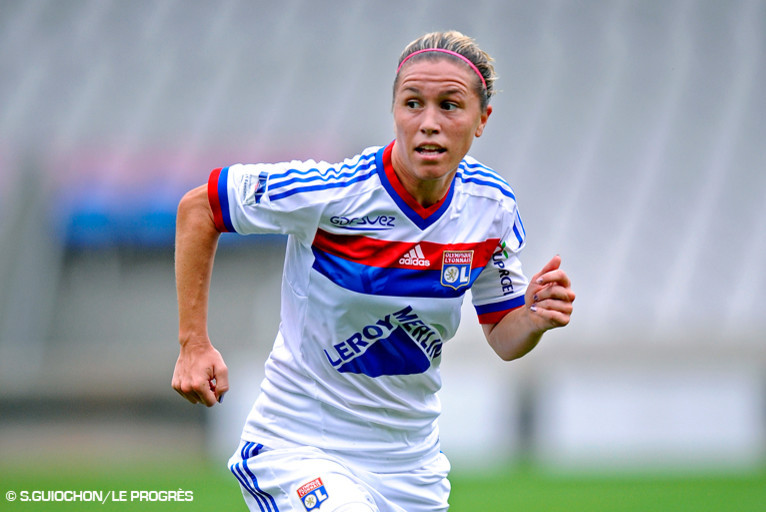 Olympique Lyonnais cruised into the last 16 of the women's Coupe de France on Wednesday. Re-live all the action below...

It finishes 4-0 at the end of a match that was one-way traffic from start to finish. Les Lyonnaises could have won by a larger margin but they have secured the most important thing: qualification. The draw for the last 16 will be held on Monday 27 February with the matches to be played on Sunday 11 March.

85': Lotta Schelin finally gets her name on the score board. The Swedish striker finishing off after good work from Louisa Necib down the right. 4-0!

59': Lara Dickenmann at the double! A superb, curling effort into the top corner to cap off a great team move involving Camille Abily, Lotta Schelin and Elodie Thomis. 3-0!

48': Eugénie Le Sommer earns another penalty, but this time she fires over the bar!

Half-time: OL hold a deserved 2-0 lead at the break thanks largely to an excellent start to proceedings. They could have had more were it not for a combination of wayward finishing and an excellent performance from the Saint-Etienne 'keeper.

43': The chances keep coming, but still no third goal for Patrice Lair's side. Lotta Schelin loses out in another one-on-one before Eugénie Le Sommer, perfectly placed for the follow up, fires her volley over.

13': OL double their advantage with a great team move. Camille Abily finds Eugénie Le Sommer on the right and her cross is headed home by Lara Dickenmann. 2-0!

9': OL open the score! Released by Lotta Schelin, Amandine Henry is brought down in the box and Eugénie Le Sommer steps up to send the 'keeper the wrong way. 1-0!

2': The game's first chance falls to ASSE. Kheira Hamraoui is released down the right and her diagonal effort flies across the face of goal.

Brazilian Rosana, sick, is a last minute withdrawal for OL. On the bench for OL we find Céline Deville, Laura Georges, Aurélie Kaci, Louisa Necib and Elodie Thomis. Makan Traore is in the stands. Almost 200 fans are huddled around the synthetic pitch at Saint-Etienne's Etrat complex, including several of Lyon's male players.