Not at the races 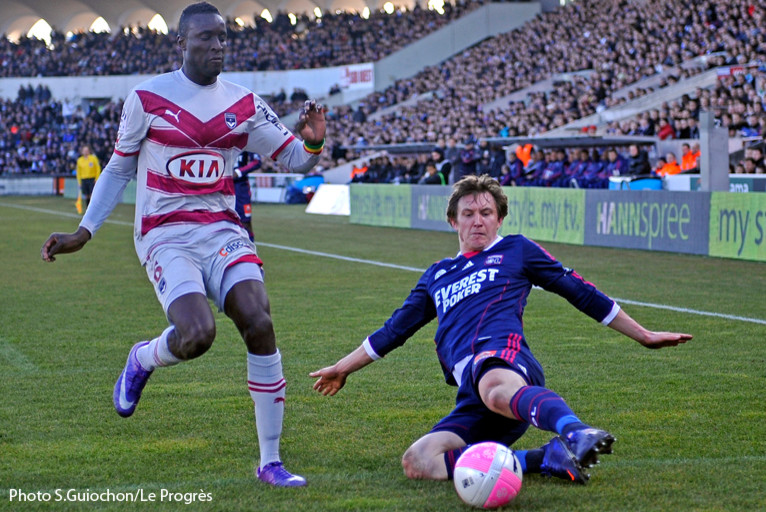 Without ever really getting into the game, Olympique Lyonnais went down 1-0 to Bordeaux, dropping more precious points in the race to qualify for next season's Champions League.

Neither side wanted to take many risks early and the observation round lasted a good 15 minutes. Released by Bastos, Gomis tried his luck, but Carrasso got down well to save. the biggest chance for Bordeaux fell to Ciani who headed just wide (27'). Rémi Garde's men were being controlled well by their hosts and struggled to create any danger in the Girondins backline. The visiting side was making too many silly mistakes to hope for better and Bordeaux took advantage to open the scoring just before half time. Plasil's corner was flicked on at the front post and fell to Gouffran who nodded home from close range (41'). OL couldn't have too many complaints as they went to the break a goal down.

After just a few minutes of the second half, Rémi Garde brought on Lisandro and Briand, replacing Källström and Lacazette. Les Gones returned to a more familiar formation and Briand was clearly pulled back by the arm in the Bordeaux penalty box, but the referee, Monsieur Piccirillo, didnt award a penalty (58'). Jimmy Briand Then had another presentable chance as he got on the end of a good team move but his volley lacked the power to worry Carrasso (65'). It is hard to explain, but OL (once again) failed to turn up for the game. A top three finish, so important, never seemed as distant as it does this evening...