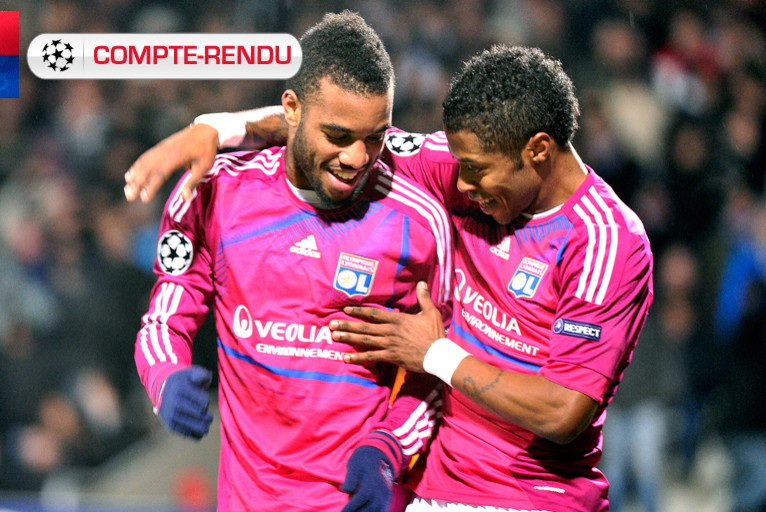 The matches are coming thick and fast at the moment for OL, not least on Valentines Day when a hugely important Champions League clash against APOEL Nicosia was on the agenda. After a disappointing result at home to Caen three days earlier, Les Lyonnais had the firm intention of making amends when UCL surprise package Apoel visited the Stade Gerland with nothing to lose and everything to gain.
Rémi Garde went with the following starting XI at kick-off: Lloris, Réveillère, Cris, B.Koné, Cissokho; Gonalons, Källström; Lacazette, Bastos, Ederson; Lisandro.

The atmosphere was electric inside the stadium at kick off with the large travelling contingent of travelling supporters making themselves heard. No sooner had the match got underway than Ederson, brought down in the penalty box, thought he'd earned a penalty, only for the Italian referee to wave away the claims. Les Gones had the upper hand and Ederson, played in by Lacazette, stung the palms of Chiotis with a shot from just inside the box (14'). The Brazilian was enjoying a lively opening half-hour. Lisandro was the next to be knocked over the 18-yard box, but still no penalty... In the follow up, Michel Bastos let fly with an effort, tipped over the bar by the visiting 'keeper (25').

Alexandre Lacazette then took advantage of a poor control in the opposition ranks to wreak havoc on the Cypriot defence before unleashing a cannon just over the bar (30').  A few minutes later, the young Olympian let fly another good effort, but was again denied by Chiotis (39'). Rémi Garde's side had nothing to show for their overwhelming domination, including 13 shots to none at the end of 45 minutes.

At the start of the second half, Bastos released Ederson in behind the defence. The OL No.10 rounded the 'keeper, only to see a retreating defender clear the ball off the goal line (47'). OL finally found the solution thanks to a charge upfield from central defender Cris who slipped the ball through to Alexandre Lacazette. The youngster struck a powerful shot that took a deflection on the way past Chiotis and into the back of the net (57'). Les Gones finally had the reward they deserved and the Stade Gerland exploded in scenes of joy. Jimmy Briand, who had just come on to replace the goal scorer, crossed for Ederson whose diving header flashed just the wrong side of the upright (67'). OL tried to force the issue to net that crucial second goal. Unfortunately, that goal just wouldn't come, and in the final minutes, it was APOEL that finally came out of their shell and forced a strong save Hugo Lloris. OL was forced to settle, in the end, for the slenderest of winning margins ahead of the return back in Cyprus.