OL girls at the tennis 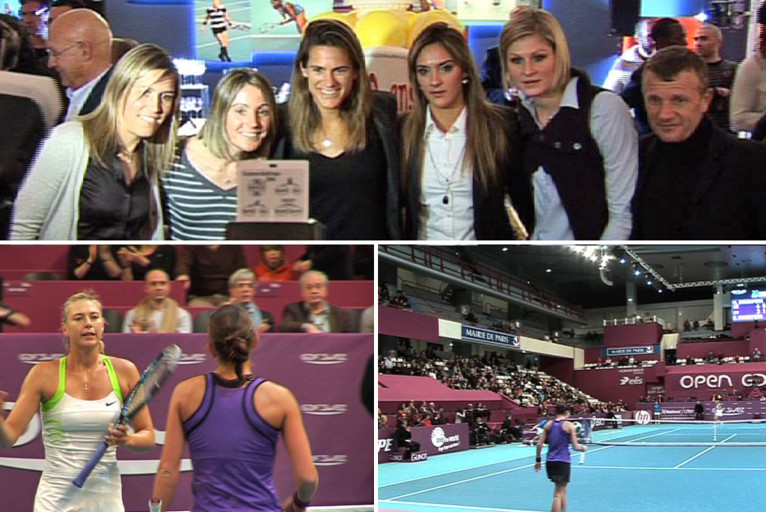 OL Women were honoured on Wednesday evening at the 20th Anniversary Paris Open tennis tournament when the OL Women's short sponsor organised a partners evening. Before then, Patrice Lair, Sonia Bompastor, Corine Franco, Camille Abily and Louisa Necib watched Maria Sharapova win her last 16 clash against Chanelle Schepers 6-1, 6-3. "It's really good to watch another sport close up. Sharapova is an amazing athlete - it's really amazing to see her play," revealed Corine Franco. "The ball goes so fast, the girls move quickly and hit it really hard.  Sharapova is a great player. We're very happy to be here so a big thank you to our sponsor," commented Patrice Lair.

The OL Women's party then met several other athletes, including Amélie Mauresmo, a big fan of women's football: "I followed the World Cup and loved every second of it. It was fantastic and I loved the spirit it was played in compared to men's football. I'm delighted for them that the sport is growing." Vice-president of the Paris Open, Jean-François Sirelli, explained sponsor EDF Suez's attitude towards female sport: "We're celebrating 20 years of the Paris Open but we're also involved in other womens sports. We believe it plays a major role in our society and we're very happy to be able to help out. Bravo to Les Lyonnaises the French and European champions, they are incredible."