OL fight back to earn draw 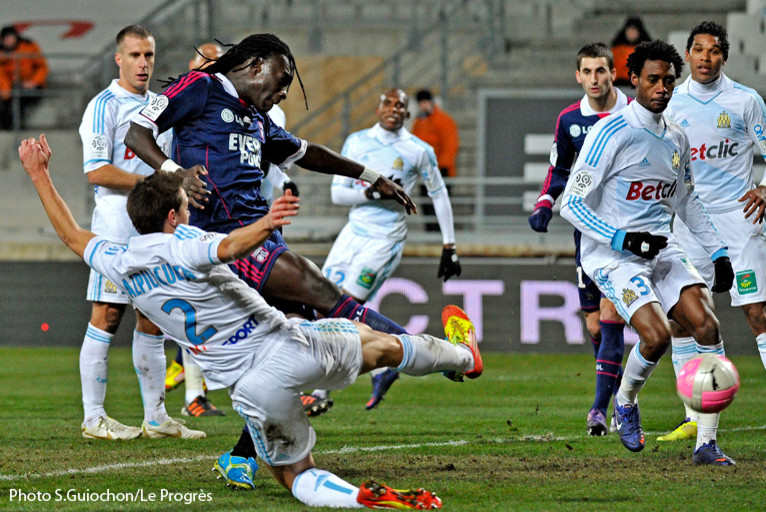 Trailing 2-0 ten minutes before half-time, Les Lyonnais fought back gallantly and could even have won it in the dying seconds!

Les Marseillais were the first to flex their muscle in the freezing conditions as Amalfitano blasted over after a good charge down the left from Morel. Just minutes later Rémi Garde's side were almost in front when Mandanda produced a brilliant save to deny Bafé Gomis (8'). It wasn't long before OM found a way through. Kaboré picked out an off-side Brandao in the box, and the ball broke fortunately for Cheyrou who took full advantage of a moment's hesitation in the OL defence to slam the ball home (16'). Lisandro and Co. were chasing the ball. OM took full advantage and added a second goal when Brandao's excellent finish from Amalfitano's cross gave Hugo Lloris no chance (34'). Les Gones reduced the margin from a corner less than two minutes later when Bafé Gomis beat Mandanda from close range. The goal came against the run of time, but the second goal which followed required a huge chunk of good fortune. Indeed, Aly Cissokho crossed hard and low from the left and the ball deflected off Souleymane Diawara and into his own goal from the tightest of angles (45'). Despite struggling for much of the game, OL headed to break all level.

Lyon gave a much better account of themselves in the second half. The combination play was evident and Bafé Gomis was within a whisker of giving the visitors the lead (55'). Rémi Garde then replaced Gomis with Grenier (62'). It was an even affair and Hugo Lloris produced to good saves to deny Diarra and Rémy (66').  Anthony Réveillère overlapped down the right but Mandanda punched clear. Jimmy Briand, then failed to hit the target (80'). Les Gones had the last chance of the match from Källström's free-kick that picked out Lisandro, zhose volley was caught by Mandanda at the second attempt (90'). The final 2-2 didn't really suit either side.