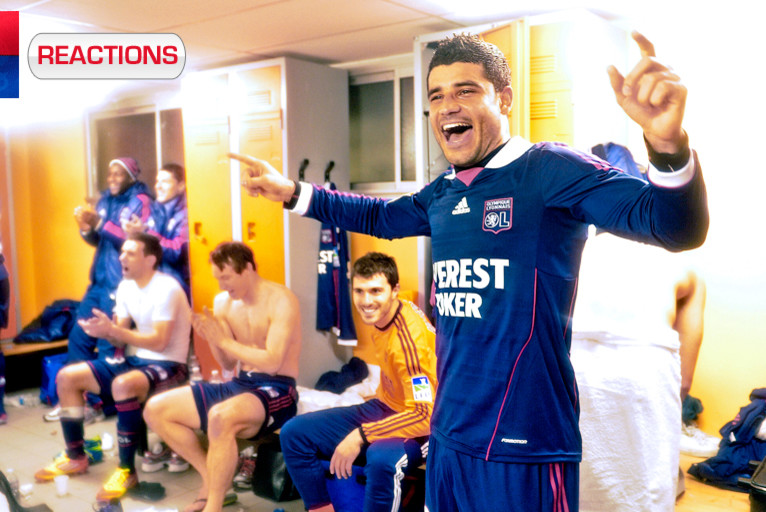 Check out who said what in the OLTV Bus after the side qualified for the final of the Coupe de la Ligue thanks to a 4-2 extra-time win over Lorient...

Jean-Michel Aulas
It was a real Hollywood script! We showed some incredible strength to come back. Lorient were very good and it was really tough. We produced a huge match. To come back to 2-2 and score in extra-time was extra-ordinary. We carved out some good chances in the first half but the Lorient 'keeper was very good. I still remember our first Coupe de la Ligue triumph in 2001 that set us on our way. This will be our fourth final. We haven't always had it our own way, like against Nice and Bordeaux, but we'll do everything to win this silverware. Tonight we did everything to have a competitive squad. We brought Bako back from Equatorial Guinea overnight and he was on the bench. We thought that the current spirit, the solidarity and fraternity could give this squad a new dimension.

Rémi Garde
I was a little worried at half-time because I knew we'd missed a lot of chances and we started to make life difficult for ourselves. At the start of the second half we played too deep and watched them play, we didn't win the duels. But even though it was far from perfect and we were struggling, we still managed to fight for the win. It was very hard to accept the chances we missed in that opening period. If we hadn't struggled before winning it in extra-time, perhaps the win wouldn't have been so sweet. The squad was fantastic. Cris is just coming back and he was exhausted and told the bench he wouldn't be able to finish the game.

Bafétimbi Gomis
We played well in the first half. In the second half, we saw a different Lorient, spurred on by their home fans. We came back into the game thanks to Alex's goal. In extra-time, Lorient started to run out of steam. I joined OL to try and win titles and maybe that's what made the difference tonight. We fought hard. Now we're 90 minutes away from a trophy and we'll do everything we can to celebrate this with our supporters.

Michel Bastos
I'm really happy. This is my first final in France. We fought hard and did what we had to do right to the very end. I'm very happy for Alex Lacazette.

Bako Koné
I got back fron Africa overnight. The flight was good and I slept well. I was at the Africa Cup of Nations, but my head was still here in Lyon. Everyday I had news of how it was going back here. I can't wait to return to the Stade de France because I've played there before.