A ticket to the Stade de France! 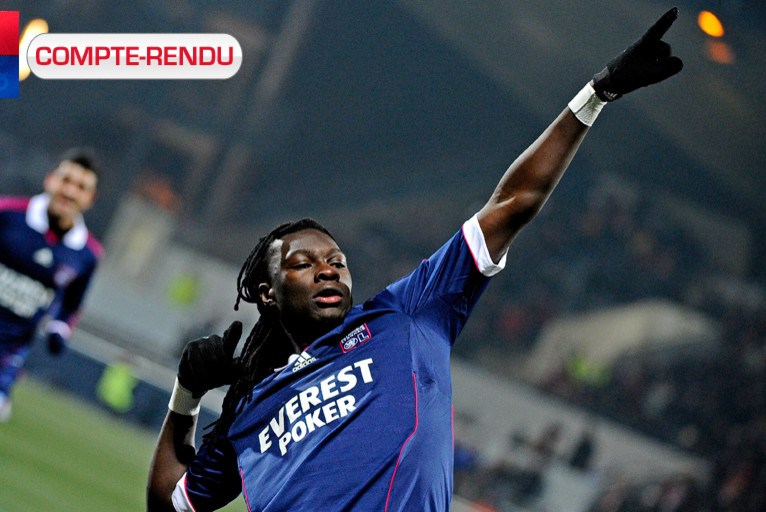 In an incredible night of football, Olympique Lyonnais turned around a two-goal deficit away to Lorient to run out 4-2 winners after extra-time and book their place in the Coupe de la Ligue final at the Stade de France...

The Stade de France was the reward that awaited OL if they could overcome Lorient on the synthetic pitch at the Stade du Moustoir. Cris returned to the starting line-up after more than a month on the sidelines with injury, while in the Lorient side, Lamine Gassama was in the first XI, just days after moving from the seven-time champions. OL at kick-off: Lloris, Réveillère, Cris, Umtiti, Cissokho, Gonalons, Källström, Lacazette, Bastos, Lisandro, Gomis.

Les Lorientais started the game in bright fashion. Barthelme got on the end of a good move, but failed to hit the target (2'). Bafé Gomis replied in kind with a thunderous half-volley that stung the palms of Lecomte (6'). In the following moments, Lisandro poked the ball just wide when through on the 'keeper (8'). It was end to end stuff. OL's Argentine then had another huge chance to open the scoring, but he again found the Lorient 'keeper in his way. Despite the early scare, the Olympians had made a good start to the semi-final Michel Bastos even hit the post direct from a corner (20'). Barthelme also found the woodwork with a stunning long-range effort (25'). In the end, it was the home side that could have led into the break with a double chance that Hugo Lloris dealt with in style. The only thing that was missing from a fabulous first half, were the goals.

The second half provided little respite in terms of intensity. Barthelme and Douniama both tried their luck, but couldn't make the difference (55'). More prepared to take risks, it was Lorient that opened the scoring through Emeghara who beat Cris and then slid the ball passed Hugo Lloris with the help of a Sam Umtiti deflection (59'). The goal gave even more confidence to Les Merlus and they doubled their advantage through Monnet-Paquet, getting on the end of a counterattack led by Emeghara (66'). Despite seemingly letting the game slip, Alex Lacazette clawed his side back into the game with a miraculous shot into the top corner from 20 metres out (80'). The tide had turned and it took Lecomte, again, to deny Michel Bastos from close range (87'). Deep in stoppage time, and with Lorient just seconds away from qualifying for the final of the Coupe de France, it was Jimmy Briand that climbed higher than everyone to head home Clément Grenier's corner and send the game into extra-time (93'). And it was Lyon that took the momentum into the two 15-minute halves of extra-time.

Bafé Gomis, released by Bastos, missed a first chance to give OL the lead for the first time in the match (102'). Just minutes later however, he made amends, poking the ball home after Alex Lacazette was felled in the area. From two goals down, Rémi Garde's side were finally in front. The Stade de France was in sight! Tensions rose as the end drew near. Frustrated, the Lorient players threw everything into the final seconds of the battle. Alexandre Lacazette took advantage to score the fourth goal just seconds from the end and put the result beyond doubt.
Les Lyonnais are heading to the final at the Stade de France at the end of the most incredible match of football.