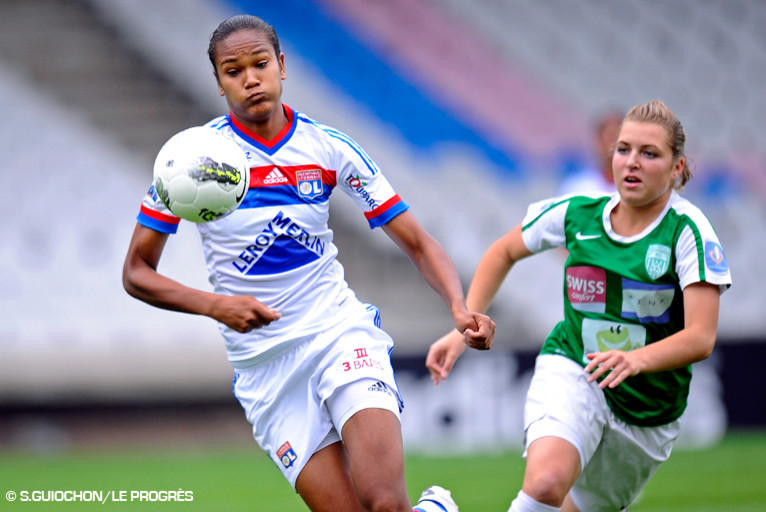 Olympique Lyonnais moved into top spot in the first division standings after their 3-0 win over Saint-Etienne and the scoreless draw between Montpellier and Juvisy.

Ahead of a big crowd, Patrice Lair's side continued their great start to the new year and picked up local bragging rights to boot with a big win over Saint-Etienne on Sunday afternoon.

Thanks to a Wendie Renard volley, from a Corine Franco throw-in flicked on by Eugénie Le Sommer, OL Women led 1-0 at the break (0-1, 45'). After the break Eugénie Le Sommer scored goal number two with a stunning strike (0-2, 48'). Lotta Schelin, introduced in the second half scored the third goal 20 minutes from the end (0-3, 70').

At the same time, league leaders Juvisy were held 0-0 by Montpellier, in the day's other game. OL Women move top of the standings, a point to the good of Juvisy.

Patrice Lair (OL Women's coach):
"It's was a good performance, the girls played really well on a very difficult pitch. Wendie's goal just before half-time was the turning point. We're now top of the table, where we should be. We knew Juvisy wouldn't have it all their own way against Montpellier, who are better team in my opinion. Now, we have to stay out in front and play well in coming games."