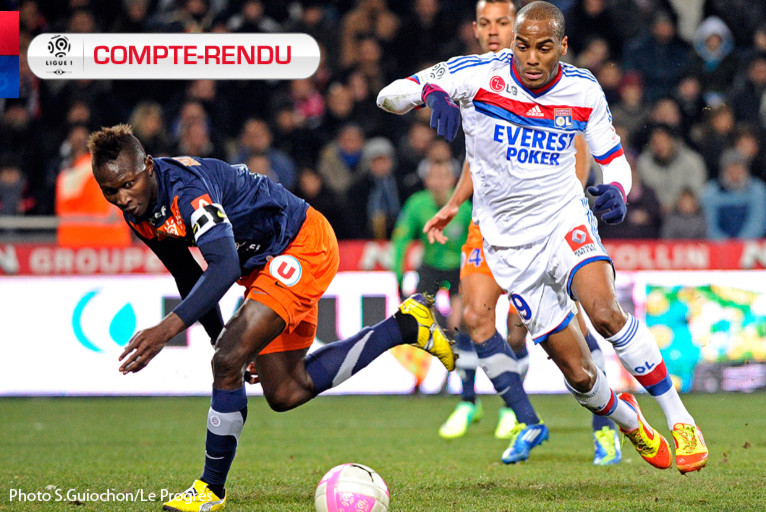 Clearly tired and with a new-look defence, Olympique Lyonnais fell to a 1-0 loss to Montpellier and a goal from the inevitable Olivier Giroud...

After a great start to the year, including a pair of Cup qualifications, OL was on the road to second-placed Montpellier. A win would see OL climb into the top three and above their evening's opponents. As well as the player off on international duty at the Africa Cup of Nations, coach Rémi Garde also had to deal with a raft of injuries including Aly Cissokho and Yann Gourcuff. OL at kick-off: Lloris, Fofana, Gonalons, Umtiti, Kolodziejczak, Grenier, Källström, Ederson, Briand, Bastos, Lisandro

In front of their fans, Montpellier looked to make a positive start and Dernis had the first chance latching onto an Utaka cross, only to send his effort wide (7'). After 20 minutes, Les Gones were looking solid at the back but were yet to stretch the hosts' defence. At the other end, however, Hugo Lloris saved at the feet of Utaka before turning aside Dernis follow up half volley (38'). René Girard's men were clearly ahead on points at half time.

The home side continued to dominate in the second period and the Giroud v Gonalons battle was taking on monumental proportions. Marveaux then tested Lloris from fully 25 metres out (59'). Minutes later, Giroud opened the scoring after getting in behind the defence with a clinical right-footed half volley through the legs of Hugo Lloris (62'). Released by Briand, Alex Lacazette was tackled in extremis just as he was about to pull the trigger against Jourdren (73'). Unfortunately, Les Olympiens weren't able to force the equaliser before the final whistle.